Sometimes The Past Should Be Forgotten 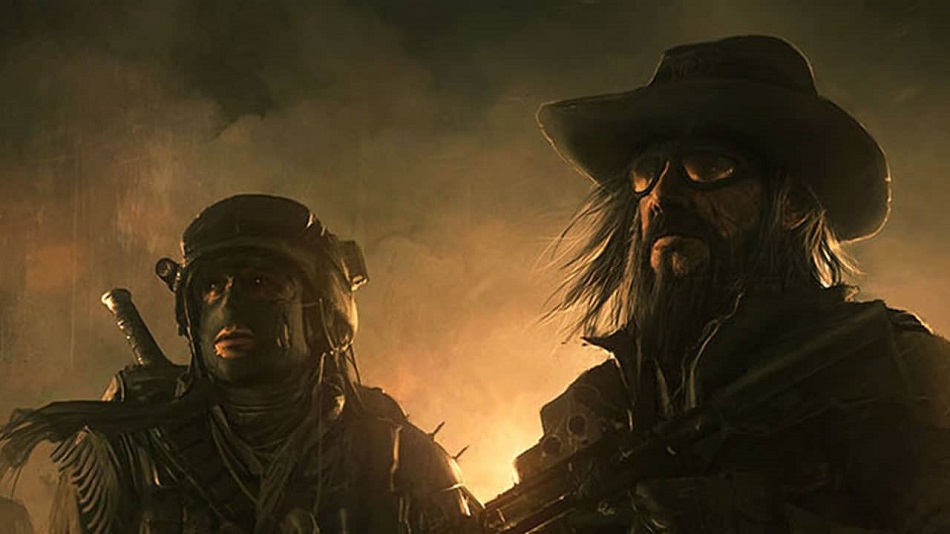 HIGH Some of the writing is great.

WTF Why is this on the Switch?

Wasteland 2 was crowdfunded a few years back and had a lot of excitement surrounding its announcement. It’s a follow-up to the original Wasteland, an RPG set in a world ravaged by nuclear war, and released for home computers in 1988. The devs were never able to create a sequel due to legal reasons, so they instead created Fallout. Eventually, decades later, some of the original devs were able to get the Wasteland rights back, raised funding, and released Wasteland 2 in 2014.

Almost four years later, Switch fans can now buy and play it, but don’t get too excited — the port to Nintendo’s handheld is a mess and only barely playable. Even after a recent patch, it’s still rotten.

The initial setup of Wasteland 2 is that players are given control of a rookie squad of Desert Rangers — a group in who help folks and fight raiders. This squad must track down a radio signal via radio towers that must be activated. The opening parts of the campaign are great and do a good job of setting things up. Unfortunately — and maybe this is because I’m a big Fallout fan — the world of Wasteland 2 feels boring. 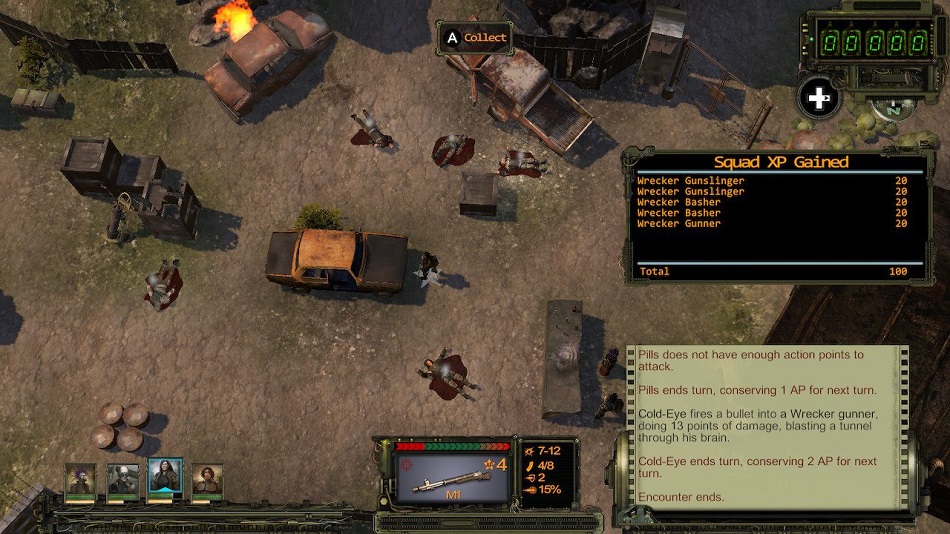 Imagine our Earth but with more dirt and mutants and less electricity and water, and that’s essentially what players get. There’s no wacky or strange vibes, no retro-future ’50s-era tech or culture. Those things went a long way towards spicing up Fallout, but here’s it’s just generic guns, generic buildings, and generic desert.

Gameplay in Wasteland 2 can be broken down into exploring a large map, exploring 3D areas, and fighting enemies in turn-based combat. The overworld map sections show an icon moving around that represents the player and their squad, and it will run into random encounters, new towns, caves or camps.

When a new place is found, the game switches into 3D mode. The loading times aren’t terrible and moving from indoors to outdoors is usually near-instantaneous, but the camera never seems to show enough and the performance can be rough. Players can move around the world freely and have complete control of the camera outside of combat, but spinning the camera certain directions can cause it to clip into buildings or other pieces of geometry. Just walking around certain areas saw the framerate rise and fall frequently. The whole experience just feels really rough.

As they explore, players will be able to spot enemies from a distance and can be engaged when players decide to. When a fight starts, Wasteland 2 transitions into turn-based encounters, some of which are the best parts of the experience. Unfortunately, combat is unforgiving in the early hours, and performance issues on Switch make combat even harder.  I felt like I was frequently clicking things later than expected, leading to mistakes, dead characters, and frustration. 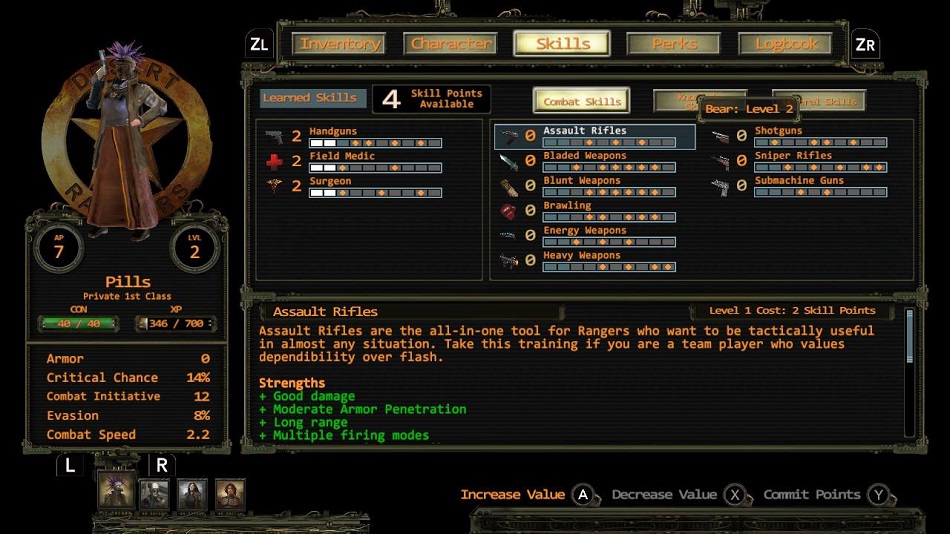 As one might expect based on the issues I’ve raised so far, the biggest issue in Wasteland 2 is performance, and it affects every aspect of the experience. The game never feels or looks good in motion, and in docked mode, the framerate is extremely variable and even drops into ‘slideshow’ territory at points. RPGs don’t need to run at a locked 60fps, but it runs so abysmally that even something simple like navigating menus feels tedious and frustrating, and just opening up the inventory is a time-consuming process. In portable mode the game ran a bit better, but just barely.

Visually, Wasteland 2 is hard to parse. The resolution feels too low and details and textures are tough to look at. Character models are covered in jaggies, and animation feels stiff. Moving characters around in the world never feels good.

Even putting aside all the things I’ve mentioned so far, Wasteland 2‘s overall design feels like a relic of the past, which (apparently?) is what fans who supported the Kickstarter wanted. But for people more accustomed to modern design, it’s going to feel too hard and confusing. There seem to be more skills than necessary, perks and other systems feel under explained, and combat is harsh. Starting Wasteland 2 feels like jumping into a sea of menus and decisions without any knowledge of knowing what’s going on.

I was excited to play Wasteland 2. I like post-apocalyptic worlds and exploring the characters and scenarios that are found within them. Unfortunately, the game comes off as disappointingly beholden to classic computer RPG style despite being a modern creation, and the world feels dry and dull. I can’t imagine many players who aren’t already familiar with the license finding much enjoyment here. But worst of all? This particular version is a terrible port that’s nearly unplayable in some areas, and serves as a good example that not every game belongs on the Switch. Rating: 4 out of 10

Disclosures: This game was developed by InXile Entertainment and published by Deep Silver. It is currently available on PS4, Xbox One, Switch and PC. This copy of the game was obtained via publisher and reviewed on the Switch. Approximately 14 hours of play were devoted to single-player mode, and the game was not completed.

Parents: According to the ESRB, this game is rated M for Mature and contains Blood and Gore, Drug Reference, Sexual Content, Strong Language, Violence.  The game contains lots of dead bodies and many violent scenes. Characters swear frequently and blood is a very common sight. Guns look real and sound real.

Deaf & Hard of Hearing Gamers: The spoken dialogue is accompanied by subtitles. The text cannot be resized. In terms of audio cues, it can sometimes be useful to hear off-screen enemies, as this will help players avoid ambushes. However, there are no visual cues for these sounds. 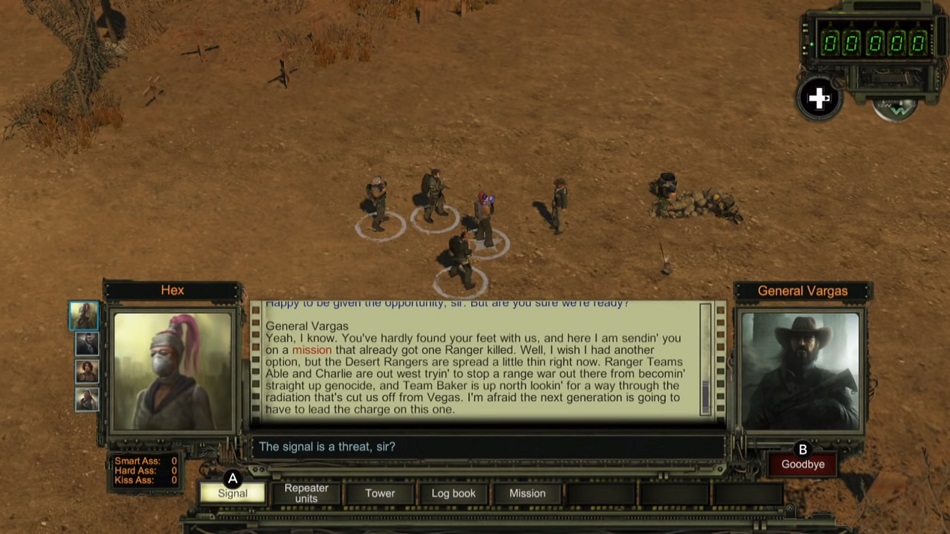 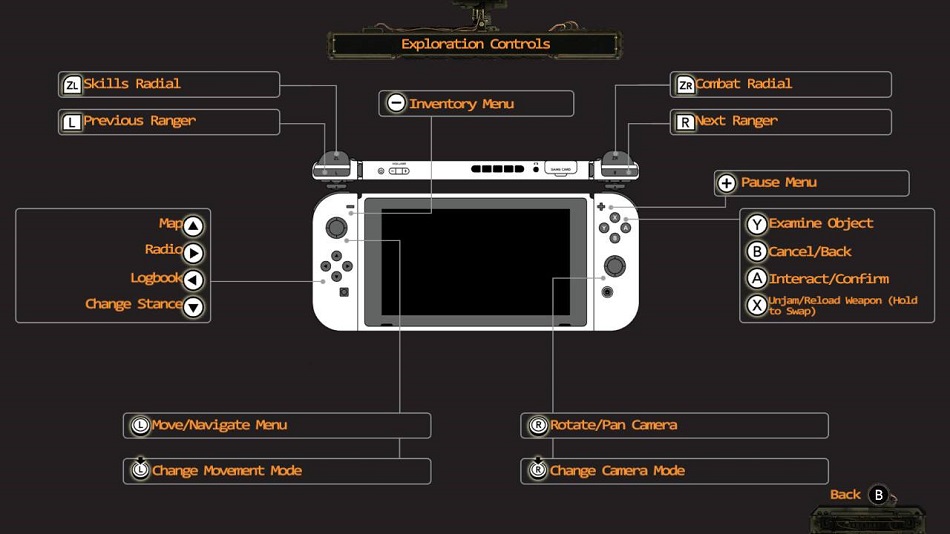 Damn, glad I didn’t grab this then. I like the game, but if it runs that poorly 🙁

There’s truly nothing sadder than a bad port of a good game, because now people will buy it and play it and assume the game is bad.