The War On Drugs Is… Really Repetitive 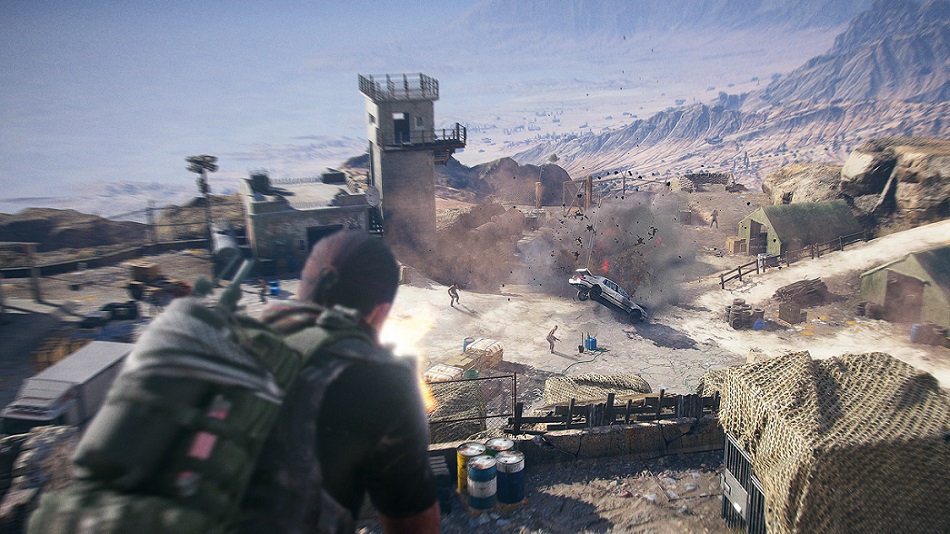 LOW It’s filled with boring and forgettable missions and side activities.

WTF All the bugs and jank.

Ghost Recon Wildlands is a massive game, and one of the biggest open-worlders I’ve ever played. There are over 100 missions and side activities, and a massive map that takes hours to cover on foot. Unfortunately, this is a case where size isn’t everything since it’s also one of the blandest and messiest of its kind.

Here’s the setup — a man named El Sueno is being backed by a Mexican drug cartel. He uses the power and money to travel to Bolivia and creates a “narco-state”.  Basically, he and his people control the police, government, citizens, money, and most importantly, the flow of drugs. After a triggering event, the United States sends in an ultra-elite squad of soldiers codenamed “Ghosts” to clean it up.

…And that’s about all the story there is in Wildlands. After the initial briefing, there’s very little to move the plot forward. Since the self-directed mission structure allows players to take on bosses and missions in any order they choose, the result is that the script has to stay open and loose enough to allow any objective to be completed in any order.

With the overall narrative being so dull, I was hoping that individual characters might stand out, but there wasn’t much to chew on there, either. Almost every character is a stale cliche, and some are downright awful.

The Ghost Recon squad that players roll with is filled with soldiers who suffer from a total lack of personality. Sometimes they talk to each other about random topics (robots taking over menial jobs, what kind of food they miss, etc.) but most of these flavor chats are poorly written and elicit unintended laughs. Bowman, a woman in charge of the operation, uses prison rape as threat to scare people multiple times. Occasionally, I would discover new info about one of the cartel bosses and some of that backstory was interesting, but other than those few nuggets, the script has nothing to offer.

Looking at the gameplay, the Wildlands loop is this: Drive or fly to a new area. Spend an hour finding intel to unlock new missions and do side missions to level up and unlock new abilities. Then, do main missions and collect weapons, skill points, and eventually kill (or capture) the boss of the area. Wash, rinse, repeat.

On the plus side, the map is vast and varied in what it offers — mountains, deserts, swamps, jungles and more can all be found in Wildlands. The combat and stealth are totally solid, as well. Headshots are satisfying and kill enemies instantly, and there are no bullet sponges to deal with — even heavily armored troops go down in one shot if a player can tag the right spot. Being able to effectively (and reliably) kill enemies made using stealth more enjoyable, and I felt like an elite soldier as I became adept at clearing camps without setting off alarms. And, when I did get spotted or make a mistake, fighting my way out was enjoyable too. The cover system works well enough, and a huge variety in the weaponry available allows for all sorts of exciting firefights. 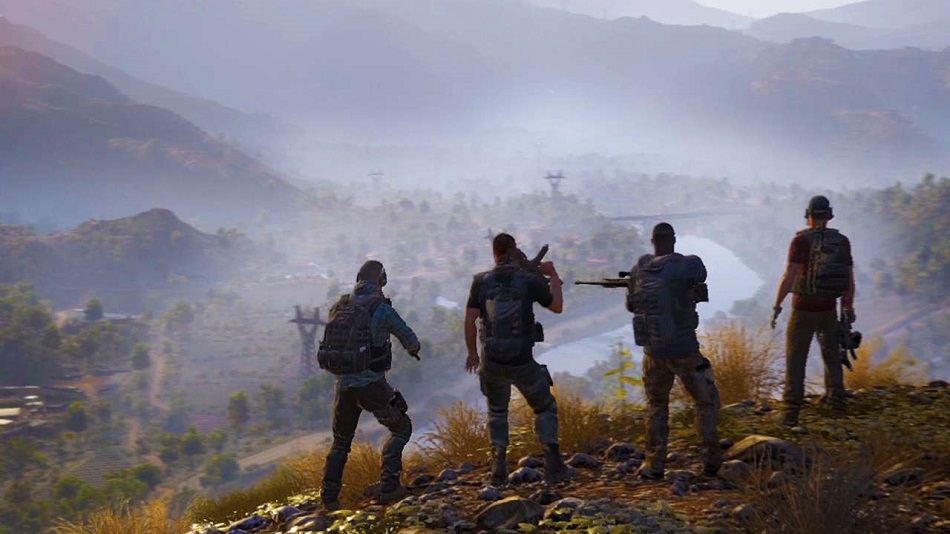 However, despite the things Wildlands gets right, there’s no getting around the fact that the campaign is made up of far too many repeating and reused missions. Only two hours into the game, I got a trophy for doing one of every side mission — a huge red flag. As I put more and more time into it, it became clear that I was replaying the same 45 minute chunk of action over and over and over again. The visuals are beautiful and using different vehicles helps, but stopping a convoy for the 12th time is still stopping a convoy for the 12th time whether it’s in a desert with a truck or in the forest with a dirt bike.

Tonally, Ghost Recon Wildlands feels like it’s all over the place.  For example, I’m here to help the locals reclaim their country, but I can steal their cars and kill them. The game will end a mission if too many civilians are killed, but there’s no overall effect on the world or the story. In another example, Wildlands wants players to mark supplies for the rebels, so players find gas cans or boxes of food and tag them, and in return players get resources that can be used to level up. However, I also found cages containing prisoners who can be freed, but there’s no pop-up saying “Thanks!” and players get no EXP or anything of benefit. Is the takeaway here is that boxes and barrels matter more than the people I’m supposedly trying to help?

If a player wants, they can go through all of Wildlands in online co-op, but I found that it makes an already-messy game even worse. The framerate dipped considerably in co-op, and trying to coordinate missions among four friends was a nightmare — the missions don’t always sync between players, so one player might start a mission without the others knowing, ending up with a squad spread out across the map doing different things. It was never clear who was starting what, and what that would mean for others in the group.

Of course that was my experience when co-op was working — most of my time playing was spent in singleplayer due to multiple connection errors with friends. Matchmaking with random people worked about as often, although lag seemed worse. Weirdly, when trying to play with strangers, the game would often spawn me far away from the players I was supposed to be grouping with, but fast travel helps.

Apart from the multiplayer annoyances, Wildlands is also buggy and janky. Players can stand on top of spinning helicopter blades, I fell through the world multiple times, enemies would get stuck in walls or behind railings, and my AI squad would often get lost and be unable to support or revive me. Such technical problems made me avoid exploring or playing as freely in the world as I might have otherwise.

After more than 30 hours with Wildlands I was left wondering why it was set in such a massive open world. The huge space offers a ton of missions, but what’s the point if they feel so repetitive and dull? I did enjoy the combat and stealth, and when the game is working properly it can be exciting to take out a group of drug-runners silently. But, so much of it feels like little more than vast areas of land stuffed with filler. If Wildlands was smaller and more focused, it could have been fantastic. Instead, it feels bloated, boring and messy, and that’s something a few patches won’t be able to fix. Rating: 5 out of 10

Disclosures: This game is developed by Ubisoft Paris and published by Ubisoft. It is currently available on PS4, Xbox One and Windows PC. This copy of the game was obtained via publisher and reviewed on the Playstation 4. Approximately 32 hours of play were devoted to the game, and the game was not completed. Multiplayer is integrated with single player, and I spent about six hours of co-op doing missions and side activities.

Parents: According to the ESRB, this game is rated M for Mature and contains blood and gore, intense violence, partial nudity, sexual themes, strong language and use of drugs. Players will hear nearly every swear word possible and the game is filled with guns, blood and dead bodies. Drug use is constantly mentioned and some nudity pops up in videos. This one is not for the kiddos.

Deaf & Hard of Hearing Gamers: Subtitles are provided to the player by default. Sound can be important in determining sniper shots and enemy position, but there is a lot of UI on the screen that also helps locate enemies and dangers. Deaf players may want to proceed with caution and try before they buy.