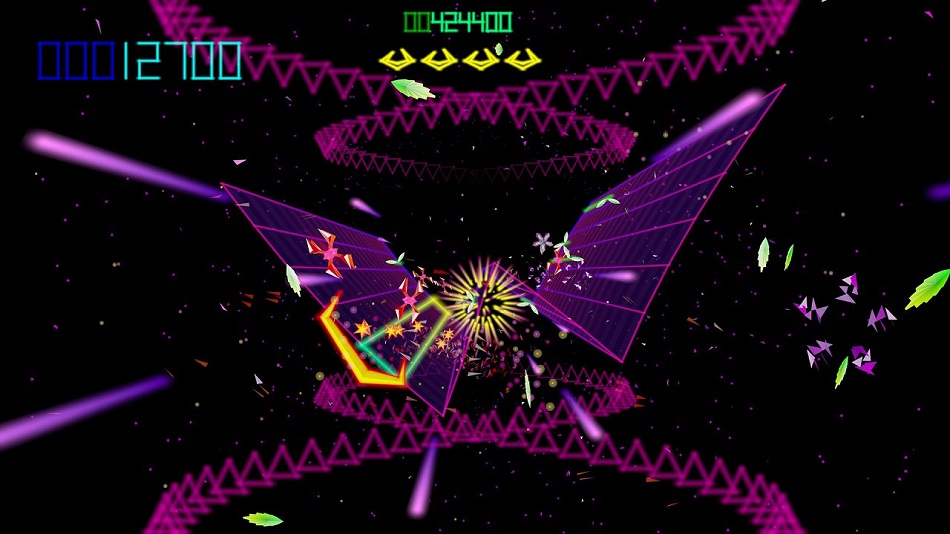 Jeff Minter must absolutely love making Tempest. He developed Tempest 2000, followed it up with Tempest 3000, and then later made Space Giraffe for the Xbox 360 — basically Tempest, but weirder. In 2015 he released TxK,  which was so similar to Tempest that Atari went after Minter legally. Now, Atari and Minter are working together and he’s released another one, this time titled Tempest 4000. And really, that might be best way to describe it — for those familiar with his work, it’s another one.

For those who haven’t played Tempest, the basic idea is that players control a strange hook-shaped object officially known as the Claw. It crawls around the sides of a tunnel, shooting enemies that come towards the player from further ahead in the tunnel. Sometimes the tunnel is a circle, sometimes it’s a flat square, and sometimes it’s shaped like a human ear or the letter W. If the Claw gets hit or grabbed by an enemy, they lose life. Players can collect power-ups like the ability to jump or shoot faster during each level. Once all enemies are destroyed, players warp through some rings to the next area. 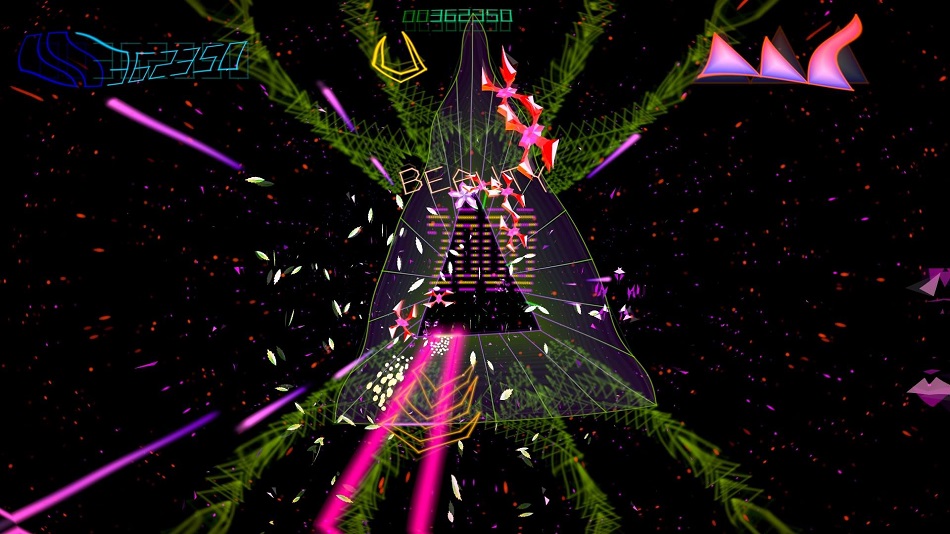 My time with Tempest 4000 felt like playing an old arcade game that was somehow running in 4K, and like those old arcade games, it comes off like a great mix of skill, luck and action. But now, thanks to consoles far more powerful than those old quarter-munchers, Jeff Minter can put a lot of stuff on the screen and this ends up being a problem because Tempest 4000 can be hard to look at. Special effects can last way too long, and too many shapes in one area can make it impossible to see what’s happening. After a short amount of time, I felt like I was developing a headache. Sadly, there’s no option to turn off these effects, so besides headaches for people like me, all the flashing lights and explosions might be a problem for folks who suffer from seizures.

Another issue I ran into was controlling the Claw — it moves so fast and fluidly that it was hard to precisely control where it was going, and it’s tricky to manage the way it sort of slides around the tunnel walls. This becomes even worse in strangely-shaped areas where left and right aren’t always left and right. Mix these control issues with the hard-to-parse visuals and there were times where I literally had no idea what I was doing or where the Claw was in the level.

As previously stated, Tempest 4000 is very similar to previous Minter projects — they’re all about colorful retro visuals, weird music and fast-paced arcade action. I appreciate what Minter does, but Tempest 4000 feels too similar to his past work and too crazy for its own good. The $30 pricetag is also hard to justify considering the package is pretty barebones. For fans of Tempest and previous Minter games, Tempest 4000 is more of what they love. For those wanting precise arcade action or something new from this creator, it’s a flashing, overwhelming disappointment. Rating: 5 out of 10

Disclosures: This game is developed by Llamasoft and published by ATARI. It is currently available on PS4, Xbox One and PC. This copy of the game was obtained via publisher and reviewed on the PS4 Pro. Approximately 5 hours of play were devoted to single-player modes, and the game was NOT completed.

Parents: According to the ESRB, this game is rated E for Everyone and contains Mild Fantasy Violence. Players shoot other colorful shapes, but no blood or guns are ever depicted.

Deaf & Hard of Hearing Gamers: Without sound the game is playable, but be aware that during visually intense moments, sound can be helpful in figuring out what’s happening. In this case it may be more difficult without sound. 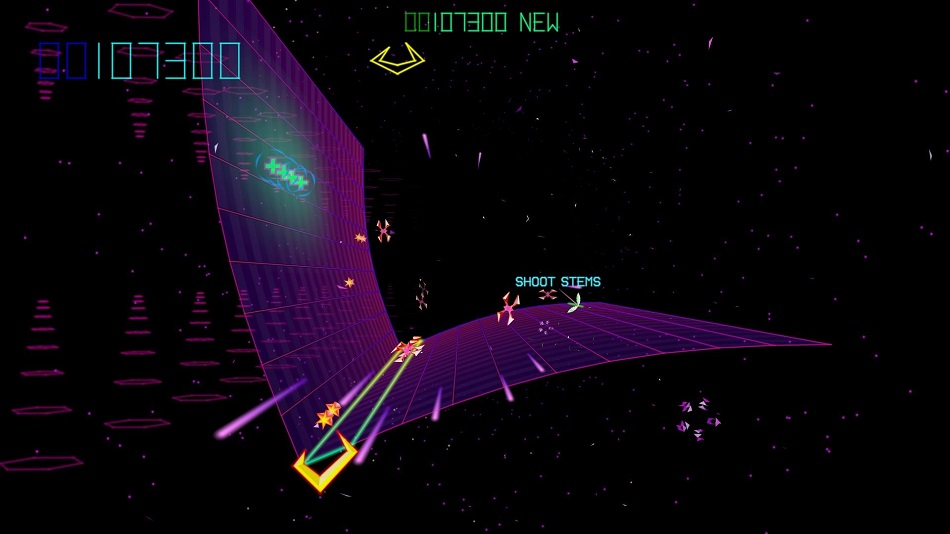 Remappable Controls: No, this game’s controls are not remappable. There is no control diagram. Movement is controlled via the left stick or D-pad. To “jump” players hit R2. To shoot players need to repeatedly hit X until a powerup is collected allowing auto firing. O allows players to activate a smart bomb.