People Are Strange, When You’re A Stranger 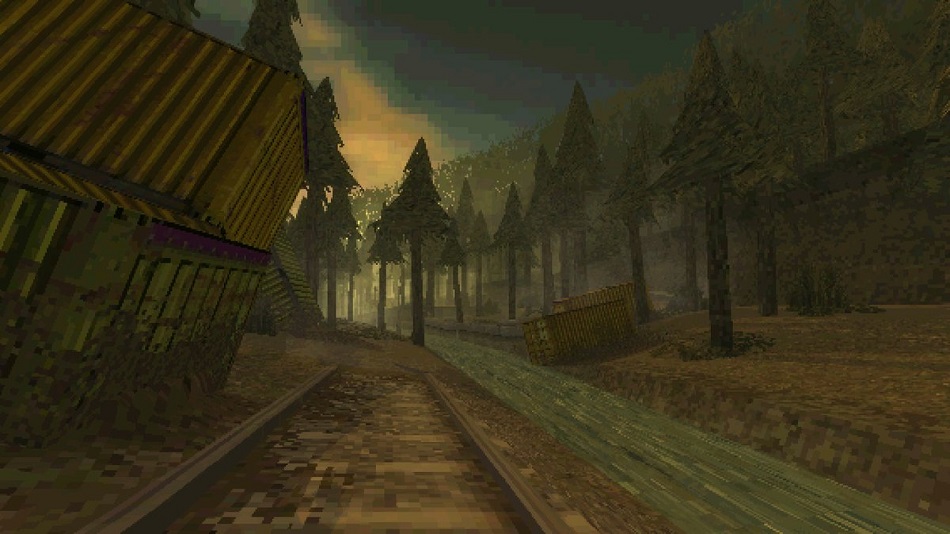 LOW The experience might be too short for some players.

WTF What is on those tapes?

Remember VHS tapes? Some people these days might not, but I do. Years ago, I used to love them. I would record TV shows, old movies, or even gameplay with my VCR. But now, these tapes are a weird piece of ancient, obsolete technology, and Paratopic uses them to create a disturbing and uncomfortable world that is unsettling, yet strangely mundane.

Paratopic is a first-person horror experience with a heavy narrative focus. Players spend the game jumping between different characters as they live in a twisted world that seems like a reflection of our own — and to be really specific, it reminds me of a darker version of the American midwest thanks to the empty fields and failing towns.  Some might call it a walking simulator (a term I’ve never liked or used) but there are many ways to interact with the world, and at some points the player is even armed with a pistol.

Narratively, Paratopic is anything but straightforward. It frequently employs quick cuts that make it hard to know exactly what’s going on, and this style kept me on edge — I was never sure when the game would yank me from one scene to the next. One moment I’m talking to a man, the next moment I’m shooting someone, and then after the next cut I’m in a crappy car driving down some empty midwestern highway.

Of course, there’s more to Paratopic than a dizzying directorial style — the story is really about VHS tapes. People are smuggling them, craving them… maybe even killing for them. These VHS tapes aren’t just copies of The Little Mermaid, though. Instead, they seem to be powerful artifacts of horror. 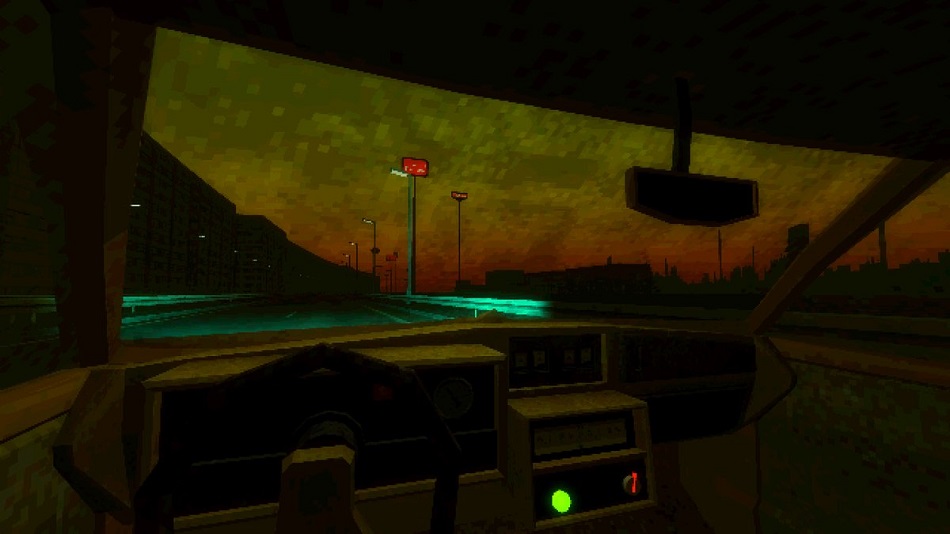 At one point I was approached by a woman in my apartment building, and she wanted a tape. She was craving a tape. It felt like I was talking to someone with a drug addiction. I finally relented and gave her one. Moments later, I spied on her through a slightly open door as she watched it. The results were… not pretty. I felt guilty for doing it, but she wanted it, and badly.

There are more conversations and moments like this, but I can’t say more for fear of spoiling the experience. What I will say is that Paratopic stayed in my head for days after I played it. I would randomly find my mind drifting off to revisit scenes and moments from the game, wondering what I saw and what it meant. Unlike so many things I’ve spent time with recently, Paratopic stuck with me, and in a good way.

Of course, there are also some mundane sections — driving down a highway, talking to a gas station attendant, taking photos in a forest — and they all add to the strange vibe of Paratopic. These are things I’ve done in real life, yet here these normal-seeming activities are tinged with strange. The forest is filled with cameras and industrial ruins. The attendant talks about aliens, and how they might own the local power plant. Paratopic‘s ability to twist innocuous things into something more sinister is unlike anything in recent memory.

Personally, I don’t have any complaints about the game but some might be concerned about its length. Paratopic is short — it takes less than an hour to see the whole thing. It’s currently selling for around $5, which I feel is a more than reasonable price, but players on a budget should be aware of this before purchase.

Paratopic‘s unique approach to storytelling and its unsettling content come together in a lo-fi, short experience that left me wanting more of this world and this story. But seriously, don’t watch the tapes. Rating: 8 out of 10

Disclosures: The author of this review is a friend of the developers, and they have collaborated on content in the past.

This game is developed and published by The Paratopic Team. It is currently available on PC. This copy of the game was obtained via the developer and reviewed on a Windows PC. Approximately 1 hour of play was devoted to the game and the game was completed.

Parents:  This game is not rated by the ESRB. It does contain mild violence, some gore, scary situations and mature themes. Players also have access to a gun at one point and can shoot someone.

Colorblind modes: There are no colorblind options