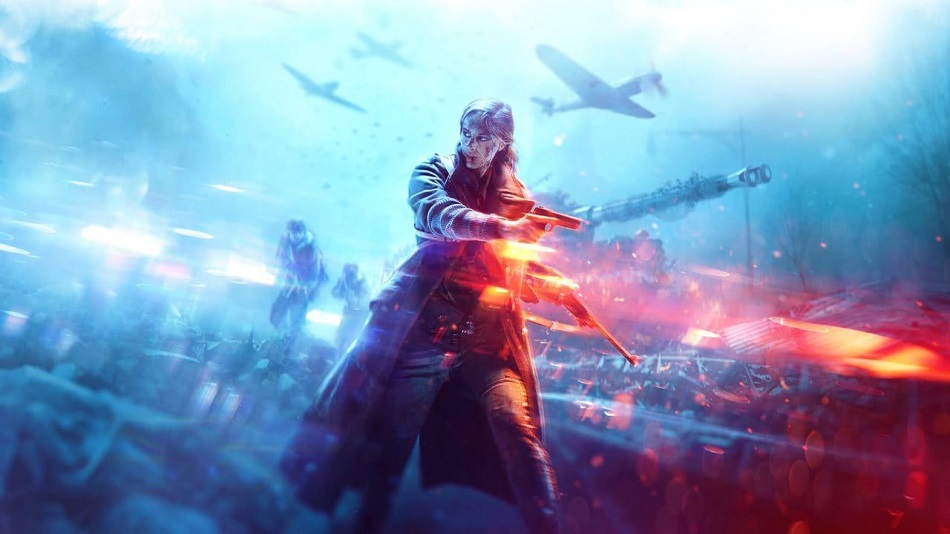 LOW Lots of bugs, and a disappointing story campaign.

WTF Why was spotting enemies removed?

World War II is where the Battlefield series began over 16 years ago, and now the latest game in the franchise, Battlefield V, returns to those well-worn fields and streets. A lot has changed in the series in the years since it debuted — BFV was supposed to be a big step forward for the franchise, and a new evolution in multiplayer combat. I don’t find this to be the case.

Like Battlefield 1 before it, BFV is a first-person shooter that includes a collection of small singleplayer campaigns called War Stories. These stories each take about two hours to complete and are unconnected to each other, focusing on different characters, countries and time periods of WWII. While BF1’s stories were great and felt like a massive improvement over previous narrative attempts, BFV’s stories feel messy, frustrating, and boring.

The standout is one where players take on the role of a young woman who’s part of the resistance in Norway. She has to ski, sneak and fight her way from night to day, killing Nazis the whole time. At one point players have to help her survive the cold of winter while sneaking from one Nazi camp to another. It’s a fantastic bit of design, but sadly, it’s one of the few story moments that’s memorable or interesting.

The rest of the War Stories are mostly boring fights or frustrating stealth segments that feel ripped out of the PS2 era, and the stealth is especially bad because I spent most of my time accidentally triggering alarms or alerting guards, and rarely did I understand why. And then sometimes the game would just break — the music would stop, HUD elements would bleed into cutscenes, or my character would get stuck on small hills or walls. 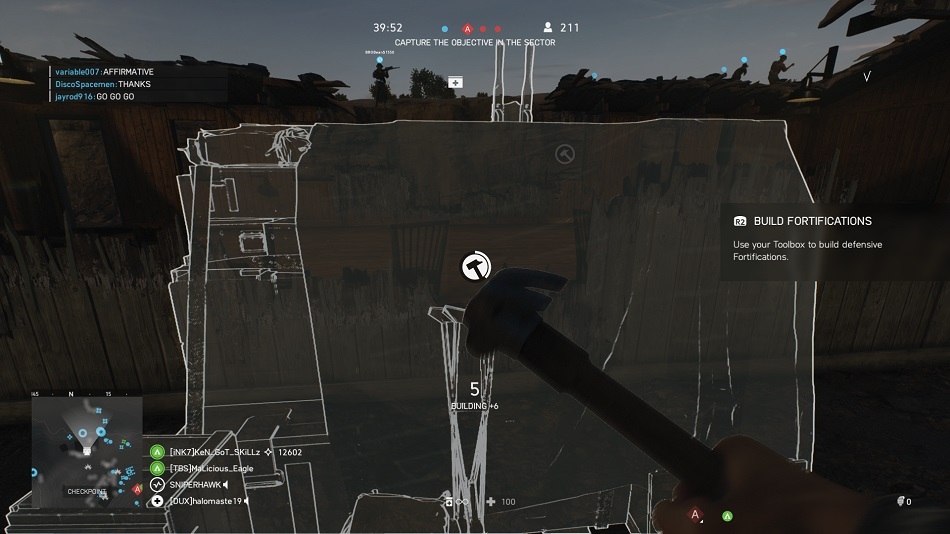 However, the singleplayer campaign, no matter how good or bad, is never the draw of Battlefield. Like the rest of the series, BFV’s focus is on multiplayer, but unfortunately this entry has some serious problems.

The most obvious and annoying problem? All the bugs I ran into while online. I’m a longtime BF fan, and I’m used to the jankiness. At this point it feels like part of the experience, but BFV goes beyond the expected jank and lands a lot closer to being unfinished.

For starters? Half of the multiplayer menu is locked away until a later date. In a more technical sense, I had general performance issues, gun noises not syncing, lag, getting killed while behind cover, I saw bodies floating in the air, vehicles and turrets breaking and freaking out, not being able to spawn on players, getting stuck in menus and tons more. It’s a rough launch.

On the plus side, one of the new features in BFV is fortifications, which allows players to build sandbag walls, dig trenches and create other structures near checkpoints and objectives. This isn’t Fortnite, however, so players can only build in certain areas of the map. That said, I was actually surprised at how many areas were usable — sometimes it was just a small sandbag wall, but others allowed my team to build giant forts, complete with turrets. However, this feature is buggy, like so much of BFV.

Building is simple when it works, but the building controls often didn’t function, fortifications would fail to pop up when I was done, or I sometimes had to hold a button for many seconds after I should have been finished. It’s a shame it’s so glitchy because fortifications change the way BFV feels compared to older BF games. Holding down an objective is no longer just about hiding behind a wall, but instead building up some new ones, while also thinking about where to build and when to build.  In my time online, teams that built more were teams that won more often.

Beyond building walls and trenches, BFV also changes up some other aspects of the Battlefield experience, but these changes are less positive.

The other new feature is the new mode, Grand Operations, an evolution of BF1’s Operations mode. In Grand Operations, players fight through multiple rounds and game modes, structured like days in a battle. Win a mode one day, and the winners might get an advantage the next day, like more spawns or starting with more objectives captured.

While I sometimes enjoyed Grand Operations, they take a long time to complete, and that extra length (coupled with modes that aren’t as straightforward as  BF1’s) make it feel less intense and less satisfying. Another issue is that some rounds played out like standard ‘conquest’, and friends who joined me weren’t happy that Grand Operations forced them to play this mode in some rounds. As a whole, this mode feels like filler to make the operations feel bigger.

BF1 was all about pushing forward and getting a foothold in enemy territory.  A small squad could get lucky and beat the odds, saving their team and moving the battle forward. In Grand Operations, I wasn’t always sure what I was doing, or how to win the match. Also, some parts can be broken by a single player — during modes that involve placing bombs, someone can hold bombs and camp at their spawn, and when this occurs, the match grinds to a halt.

For those who like classic Battlefield, Conquest returns and some infantry-focused modes are included. It’s a good selection of modes, but I wish there were a few more maps to play on — after only a dozen hours or so, I’m already tired of how often I’m playing the same few.

Classes in BFV are similar to BF1. Players can choose between assault, recon, medic or support. Assault is the fast-moving soldier, recon is the sniper, medic is the… medic and support carries big machine guns and gives ammo to teammates. However, an issue that BF has always had is that snipers and assault classes get picked more than the other classes, which can lead to scenarios where a match is just a sniper party with everyone camping and hiding, or matches where nobody is a medic, so players never get revived or healed. Both are frustrating. BF1 helped balance the classes to avoid these scenarios, but BFV didn’t learn the same lesson.

The recon class is now more powerful than ever. In previous games, any player could ‘spot’ enemy players or vehicles. This allowed for teams to communicate without mics or gestures. That fantastic feature has been removed and now only players who are snipers can spot enemies. They also have powerful rifles, making them a deadly and exciting class to play.

Medics, my favorite class, are now less useful and being one feels like a punishment. Squadmates in BFV can now revive each other, even if they aren’t medics, making the class less necessary. Medics also only have SMGs, all of which do the same damage and feel worse when compared to the weapons of the assault and support. Even the support is a better choice now since it allows players to build fortifications quicker. The weapons and classes need some balancing ASAP, or the game might find itself back in the same pickle it tried to get out of.

In many ways, Battlefield V feels like a big step backwards for the franchise. The campaign is boring and frustrating, multiplayer is unbalanced, and bugs keep popping up in every mode to ruin the experience. The fortification system is a good shakeup, but the good it brings is tempered by the cumbersome and murky Grand Operations. With some patches, balance changes and bug squashing, BFV could be a fantastic game, but at the moment, this soldier needs to go back to basic training. Rating: 6 out of 10

Disclosures: This game was developed by DICE and published by EA. It is currently available on PS4, Xbox One and PC. This copy of the game was obtained via publisher and reviewed on the PS4 Pro. Approximately 13 hours of play were devoted to multiplayer and 5 hours of play devoted to single player, and the story campaign was completed.

Parents: According to the ESRB, this game is rated M and contains Blood, Strong Language and Violence. Players can shoot, stab and explode other players and AI enemies, all of whom look like real, living humans. Guns and explosives look authentic and death animations are sometimes bloody and violent. In-game soldiers will swear and scream. Bodies can be burned and crushed.

Colorblind Modes: Players can completely change the color of every element of the hud, including hitmarkers and crosshairs.

Deaf & Hard of Hearing Gamers: It can sometimes be useful to hear offscreen enemies and the game uses on screen indicators for gunshots, objectives, downed teammates and other important gameplay elements. Subtitles are available for dialogue only, and the size of these can be changed. 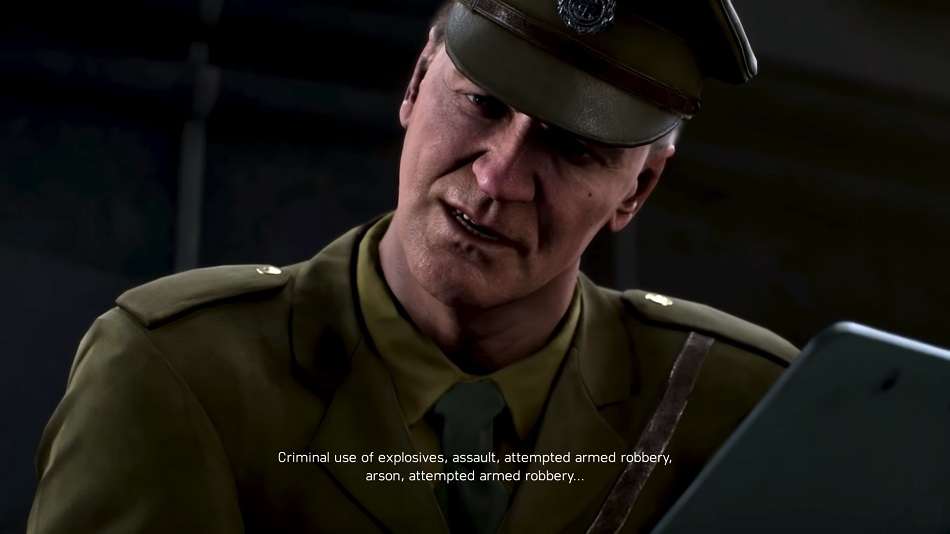 Remappable Controls: There are multiple control schemes and players can also customize every control layout for each role, such as flying or sniping. Players can also change dead zones, stick speed and other small controller variations.