A Game in a Tech Demo's Clothing 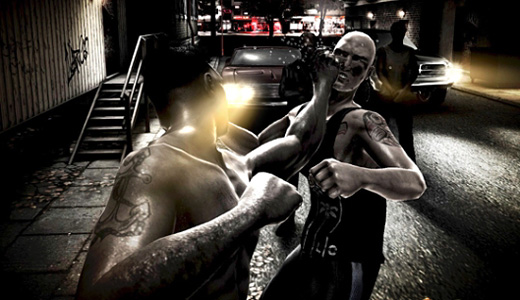 HIGH The impossibly tactile feel of nocking an imaginary arrow to a bowstring that doesn't exist.

WTF In Gladiator Duel, sending opponents soaring weightlessly out of the ring and seeing them smash through background scenery.

I wasn't going to review this one. I had made this decision before even playing it. In my mind, Sports Champions had been tidily filed away in the category of tech demo, and was therefore undeserving of a full review.

I maintained this attitude even as I single-mindedly quested to achieve a three-star rating in every match of Gladiator Duel. I still felt this way after moving on to conquer Archery and Bocce. It wasn't until I was already halfway done with my newest goal of completing all of the gold cup events and unlocking all of the secret characters that I realized that I had been blinded by my own preconceptions. Sports Champions

isn't just a glorified proof-of-concept for some new hardware: it's a game all its own, and a damned good one at that.

Within the game itself, the menus are laughably spare, like something that was slapped together a day before the code was pressed to a disc. The player characters represent a hilarious range of comfortable stereotypes ranging from Jackson, the African-American "blacktop phenom," to the cowboy hat wearing Dallas from Dallas, Texas. The existing precedent for motion sports and its own lackluster presentation were the biggest obstacles to accepting Sports Champions as the real deal, and I have no doubt that these factors have caused others to dismiss the game entirely, which would be a complete shame.

Sports Champions provides a believably accurate motion control experience that had been essentially forsaken in a world of waggle. Players must learn and eventually master skills—the most important part of good game design—if they expect to progress up the tiers of difficulty.

When a player feels that their commands are lost in translation between their controller and the game's interpretation of those inputs, the system of learning—and fun—breaks down. The Move wand itself communicates intent with a level of accuracy that approaches traditional digital input methods, freeing the player to concern themselves with the angle of their virtual frisbee instead of the calibration of the hardware. 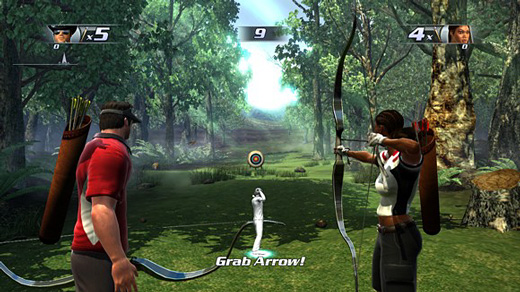 However, the effectiveness of the Move as an input device is only a fraction of the reason Sports Champions succeeds. Sports Champions doesn't just faithfully read the player's actions, it actively encourages them to do more, and better. Inelegantly batting the ball back over the net might have gotten me through the bronze cup of Table Tennis, but progressing further required some creativity. Slicing over the ball for low, fast shots, holding the paddle flat to block high-speed slams, and gently tapping the ball on serves to lure my opponent closer to the net were absolutely essential tactics for victory in the higher difficulties. This is a theme that is repeated in each of Sports Champions' events.

Considering the game only has six events, there's a surprising quantity and variety of content here. Each event has four tournaments of increasing difficulty, as well as a nifty challenge mode that rearranges the trappings of these real life games into something purely video game-like and entirely entertaining. Archery was a particular standout in this regard with the parameters of victory varying wildly between matches. Some would be a simple score attack with a limited number of arrows, while others would have competitors shooting at a distant tic-tac-toe board, or on opposite ends of a rolling target in a kind of reverse tug-of-war.

There's cosmetic variety as well, in the form of unlockable joke equipment and characters—think sinister medieval wizards and robots bent on world domination via ping-pong—which add some much needed flavor to the default blandness of the original ten athletes.

If Sports Champions had one big flaw, it would be inconsistency. While I could practically sleepshoot my way through every tier in Archery, events like Disc Golf and Table Tennis reach such heights of difficulty that I wondered if Zindagi had made them with actual sports professionals in mind. I once spent three hours on a single match of Table Tennis, and while it's only natural that I would have a greater aptitude for some sports and not others, the gulf that separated my strong performances from my embarrassingly weak ones indicated that some difficulty tweaks were in order.

This inconsistency also rears it head when it comes the two-wand compatibility of some events. All sports can be played with one, but some allow for a second wand to be added.

On one hand, Gladiator Duel plays just fine with a single Move, as a second merely provides greater shield control. On the other hand, an additional wand transforms Archery from something that is frankly silly to my favorite event on the disc. With a second Move, the action of pulling an arrow from the quiver remains, but then the player must line it up with their other already extended hand to nock it, and then draw it back for the desired power. This feels astonishingly real, and it's a sensation that must be experienced to be believed.

Sports Champions may seem devoid of personality, but spending some time with it shows that it is a deliberate, well-crafted piece of software. Those who have been waiting for a true realization of the potential of motion control can finally exchange their smoldering torches for florescent pink wands. Rating: 8.0 out of 10.

Parents: According to the ESRB, this game contains violence. Even the E 10+ rating seems harsh, as the only violence in the game is confined to the Gladiator Duel battles, which are about as violent as a fight with whiffle bats.

Deaf & Hard of Hearing: In Archery, some events have targets that pop out of the ground or are launched over the field of play. When an arrow is drawn back, the viewpoint zooms in, and I often found myself relying on the sounds of newly launched targets to know that I needed to quickly fire and move on. Other than this particular instance, there were no significant auditory cues.