Improved, but Not Great 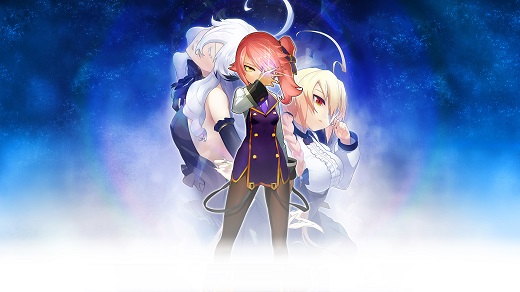 HIGH This game sure is pretty.

LOW There are a lot of tsundere characters.

XBlaze – Lost: Memories is a spinoff of a series I'm only familiar with in passing (BlazBlue) and a sequel to a game I haven't played (XBlaze – Code: Embryo).

From reading reviews of Code Embryo, it seems that Lost: Memories addresses major critiques of that game, such as its harem anime nature and the "TOi" system where fake Internet articles pop up, and reading them unlocked different endings without any explanation of how the system worked. Lost: Memories dispenses with these things altogether, and while I can't say if returning players are happy with the changes or not, what I can say is that the repetitive characterization keeps Xblaze from achieving greatness.

Lost: Memories is a visual novel set roughly 150 years before the BlazBlue fighting games. As expected for the genre, there's very little traditional gameplay. Instead, players experience the story by reading text and watching scenes. Surprisingly, the scenes in XBlaze are more elaborate than the norm. Most visual novels offer static character portraits, but here the cameras change angle, the people move around, and their lips even move when they speak.

So, the production values in Lost: Memories are impressive, but a visual novel lives and dies by the quality of its story. With multiple amnesiacs and a shady organization, the tale in Lost: Memories is …okay.

The protagonist, Me, lives with her younger sister, whom she loves and is desperate to keep safe because she has a special power that others want to use for their own ends. One day, Me's sister goes missing in a place called the Phantom Field—best described as an 8-bit dimension with multiple floors. The only way Me can rescue her sibling is to collect the "memory crystals" of strangers scattered throughout the dungeon with the help of a woman called Nobody, who's even more mysterious than the Phantom Field is.

Exploring this place is the extent of what Lost: Memories offers in the way of ‘traditional' gameplay. Players wander around looking for crystals, solve simple puzzles (e.g. moving platforms) and avoiding all monsters instead of fighting them. Nothing stressful or taxing here.

Once the crystals are found, the focus shifts to watching the memories inside them unfold. These memories belong to characters from Code: Embryo, and seem to retell the events of that game from mostly the female characters' perspectives. I liked that the story focuses more on the girls, and that their relationships with each other are more important than how they feel about the male character at the center of the ‘harem.' In fact, XBlaze – Lost: Memories is explicitly about friendship and found families.

Unfortunately, the characters aren't diverse enough for these themes to be meaningful, and three of them fit the same can't-express-their-affection-so-they-act-like-they-don't-like-someone tsundere type. On one hand, I did like watching two people who aren't very good at communicating slowly become friends. On the other hand, it felt like I was dealing with the same problems again and again.

XBlaze – Lost: Memories certainly has potential, and it may be closer to realizing that potential than XBlaze – Code: Embryo was. But, underneath its shiny graphics and dynamic movement, most of its characters aren't distinct enough to be interesting, let alone loveable in the way that great visual novel characters should be. The writing isn't bad, but it's too repetitive to carry an entire game's worth of storytelling and dialogue. Rating: 5 out of 10


Disclosures: This game was obtained via publisher and reviewed on the PlayStation 3. Approximately 10 hours were devoted to the single-player game, and the game was completed. There are no multiplayer modes.

Parents: According to the ESRB, this game contains: blood, partial nudity, strong language, suggestive themes and violence. There's nothing over-the-top gory, but this game involves serial killers, ridiculous boobs, topless teenage girls, and a character who is fond of F-bombs.

Deaf and Hard of Hearing: You should have no problems. As a visual novel, all important information is presented in text.