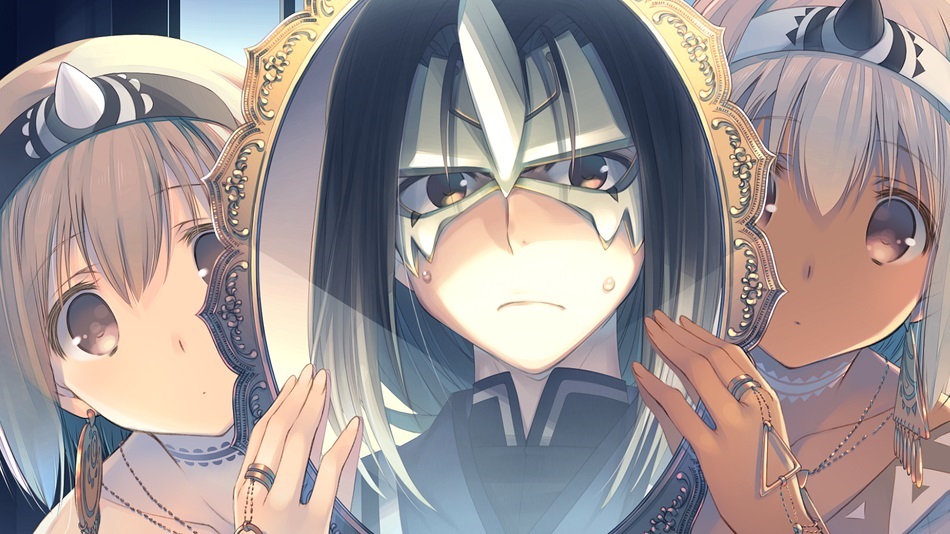 HIGH The story is more complex this time, and has shed some of the dumb boob jokes.

LOW I feel kinda bad for you, Final Boss, but the Final Fantasy multiphase fight thing really annoys me.

WTF That wasn’t even the final boss?!

In a nutshell, the protagonist, Haku, is one of the few humans left in a world where everyone has animal ears and tails. After waking up in this place with no idea who he is, he’s found himself in the middle of a war. For more on this, I’d recommend playing Mask of Deception first.

While the previous entry focuses on the strange world Haku is in and his developing relationships with others, Mask of Truth focuses more on the war itself, making those relationships deeper and broadening their implications. It’s also not just about Haku’s friend group anymore. Now, there are alliances to be made and citizens to protect.

I can say that I liked Haku as much here as I did in the last game, which is a feat because he’s matured enough to be practically unrecognizable. In Mask of Deception, he was physically weak and lazy, but an excellent strategist. He’s still good at planning, but he’s now overcome his sloth and can’t express most of his goofiness. Do I miss the ‘old’ Haku? Sometimes. But I like the new-and-improved one equally, which is a testament to the writing. 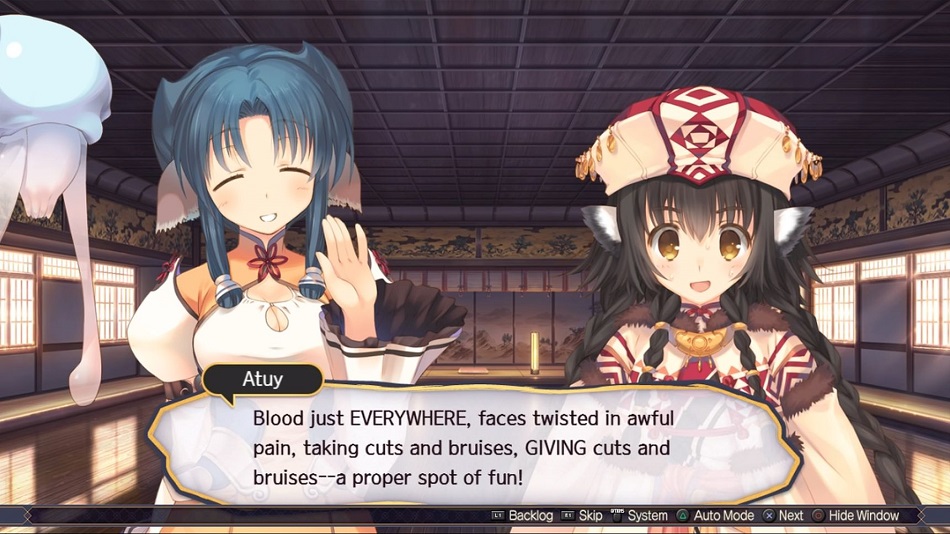 Haku’s new maturity and position mean that his machinations don’t feel like he’s Tom Sawyer manipulating the other kids into whitewashing the fence anymore. He’s fighting a war now, so he spends a lot of time agonizing over the human costs of his choices, often going with the least terrible option. The conflict is hellish all around, and it’s praise to say that the villains had motives I understood, although I didn’t agree with their actions. Haku feels the same way about them—after defeating what I thought was the final boss, Haku hopes to have a drink with them if they ever meet up again.

Other characters have grown, too. The young Princess Anju was fairly egocentric in the last game, but she has a people to rule now, and I liked watching her learn to care for others. Related, there’s now a focus on people’s relationships outside their friend group. Seeing Rululeth’s siblings or Nosuri and Ougi’s interactions with their father puts Haku’s friends in a larger context than being just sidekicks in his story. This focus on larger connections also fits with Mask of Truth’s greater focus on war because these families are also important allies.

Not only are Mask of Truth’s characters and story more mature this time around, but the developers have made thoughtful tweaks to the gameplay.

While most of the game involves reading a linear story, sometimes Haku and company have to fight in strategy RPG-type battle sequences. Similar to Mask of Deception, these aren’t a big part of the game so it’s really useful that all characters gain experience points and stat-raising “bonus points” now, whether they were in battle or not. Also, players can take time out for friendly scrimmages where the party is split into two teams that fight each other. Even if the player’s team loses, everyone gets experience points. There are also a more standard series of “trials” that act as a tutorial. All of these options are nice for those who want more gameplay, and I liked how much easier it was to level up characters this time around.

It’s hard to say whether Utawarerumono: Mask of Truth is better than Mask of Deception since they’re essentially one story split into two halves, but I found the entire tale thought-provoking and its characters lovable and (mostly) funny. It’s a visual novel worth playing, and now that I’ve reached its end, I’m a little sad saying goodbye. Rating: 9 out of 10

Parents: According to the ESRB, this game is rated Mature and contains: blood, partial nudity, sexual themes, strong language and violence. Characters are (still) fond of the s-word, and though there are fewer sex slave and boob jokes this time around, “fewer” doesn’t mean “none.” To top it off, people are sometimes killed with squish-noises while the screen flashes red. I’d keep kids and young teens away.

Deaf and hard of hearing: You should have no problems. It’s a visual novel so 95 percent of it just involves reading text. During the strategy RPG battles, and there are visual cues for when to press the X button for critical hits. it’s fully accessible.

Good review; I’ve seen several reviews of this game from reviewers who either went into the series not realizing they’re visual novels, or even worse, hadn’t played Mask of Deception, and whew, those are hard to read. It’s nice to see a review from somebody who went in knowing what to expect. I also generally agree with everything; MoT is one of the best stories I’ve read in a long time, and it really just left me wanting more. My biggest dislike about the game is really Uruuru & Saraana, and their characterization feels especially strange given how well-developed and… Read more »