Not As Weird As It Sounds 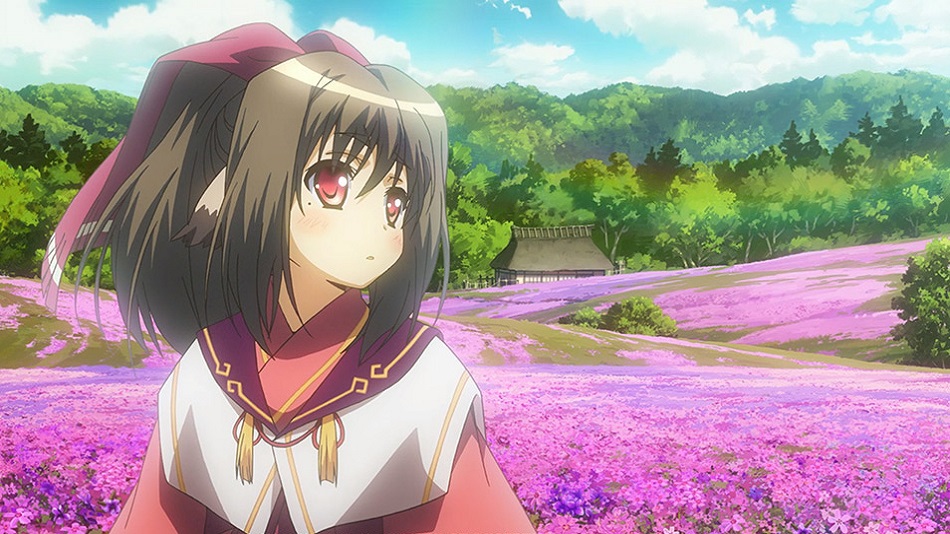 LOW …which is slow to develop and feels like a setup for the sequel.

WTF The girls who want to be sex slaves. And it’s a running gag.

By any logic, Utawarerumono: Mask of Deception shouldn’t be available in North America.

Originally released in 2002, the first Utawarerumono (literally, “the one being sung”) is an adult visual novel/tactical role-playing game from developer Leaf and made for Windows PCs in the Japanese market. Three years later, Sting and Aquaplus ported it to the Japanese PlayStation 2 (minus the most “adult” bits) and in 2009 they ported it again—this time, to the PlayStation Portable, still without the “adult” bits. Although an anime based on the visual novel did come to North America via Funimation, we never got a licensed version of the game.

Now we have Utawarerumono: Mask of Deception. Why has Atlus brought us the sequel to a 15-year-old eroge we haven’t read, and without any adult content, either? I’m not certain, but I know that the art is gorgeous, the characters and story are (mostly) enjoyable, and the plot even makes sense to those of us unfamiliar with the previous works.

Admittedly, Mask of Deception gets off to a rocky start. Our protagonist finds himself alone in the forest with no memory of who he is, how he got there, or even what his name is. After almost being eaten by a giant insect, he’s rescued by a mysterious woman named Kuon who has animal ears and a tail. In fact, everyone the protagonist meets has animal ears and a tail, which actually is important to the story. She names the amnesiac “Haku”, and they’re off.

The emphasis on story is heavy. Utawarerumono: Mask of Deception is what’s called a ‘kinetic’ visual novel, meaning that there are no decision points or choose-your-own-adventure bits—it’s meant to be read straight through for forty hours. There’s only one narrative, but even with its weaknesses that story stuck with me after it was over.

It helps that Haku, despite his lost memory, is a funny, likable fellow with actual skills. He’s physically weaker than Kuon and the others (whether this is a difference between humans and the animal-people or if it’s unique to Haku is unclear) but he’s an excellent strategist. He’s also lazy as hell. Think of Tom Sawyer manipulating all the kids into whitewashing the fence for him—this is how a lot of Haku’s plans work. While Haku is definitely “the chosen one,” he has genuine strengths to offer the team and weaknesses the narrative doesn’t gloss over.

I also just liked him. A huge chunk of the visual novel’s plot is slice-of-life vignettes where Haku interacts with the people around him. On the one hand, this means that the pacing was much slower than expected, and there are plenty of ‘everydude surrounded by a bunch of beautiful girls’ shenanigans, including a running gag where two of the girls are eager to be Haku’s sex slaves. (?!?!?!) However, the characters were interesting enough to make these sequences tolerable.

Between the bandit who robs people out of a love for justice, the shy princess who loves to cook and rides around on a giant bird, the fierce-but-naive princess who’s adventuring to get away from her father and the spoiled-but-lonely princess Anju, there are plenty of people for Haku to interact with. They cook together, go shopping and even… hang out at the baths? Sigh.

Haku develops nicely while learning about this strange new world, but sometimes the group has to affect this world’s political structure directly, and that’s where the strategy RPG part comes in.

On rare occasions, Haku and company face off against enemies. As characters level up, they learn longer and longer “action chains” which the player can trigger by either pressing a button at the right time or by holding a button down and letting it go. Some action chains can be between four and six actions long, culminating in a ‘Final Strike’ that does lots of damage and has an elaborate animation.

The combat is approachable. For one thing, there are only twelve stages. Massive grinding isn’t necessary to finish the main story, and when the player does lose, starting a fight over lets everyone keep the experience points from the battle they lost. There’s also an option to turn on ‘auto’ action chains in the settings, in case trying to press buttons at the right time gets annoying.

To be frank, these battles take up far less time than the story does. While slowly piecing together his past, Haku finds himself embroiled in the political machinations of his adoptive home, and the surrounding nations. The story raises questions about ethics in wartime, and it manages to say something about identity with its amnesiac hero rather simply using his memory loss to make him more mysterious. My only real criticism of Mask of Deception’s is that the plot feels like a setup for the next game in the series, Utawarerumono: The Mask of Truth. However, I definitely want to see what happens next, so the story has done its job.

While reading off of my TV for forty hours took some getting used to, I’m glad I read Utawarerumono: Mask of Deception. The characters are well-written, it’s beautiful to look at, and I can’t wait to see where it’s all going. Rating: 8 out of 10

Parents: According to the ESRB, Utawarerumono: Mask of Deception is rated Mature and contains: blood, partial nudity, sexual themes, strong language and violence. Characters are fond of the s-word and the f-word, women and men get naked, there’s a running joke where characters want to be the protagonist’s sex slaves….I’d keep kids and young teens away.

Deaf and hard of hearing: You should have no problems. It’s a visual novel, so 95% of it is reading text. During the strategy RPG battles, there are visual cues for when to press the X button for critical hits.