The Busy-ness Of Farm Work 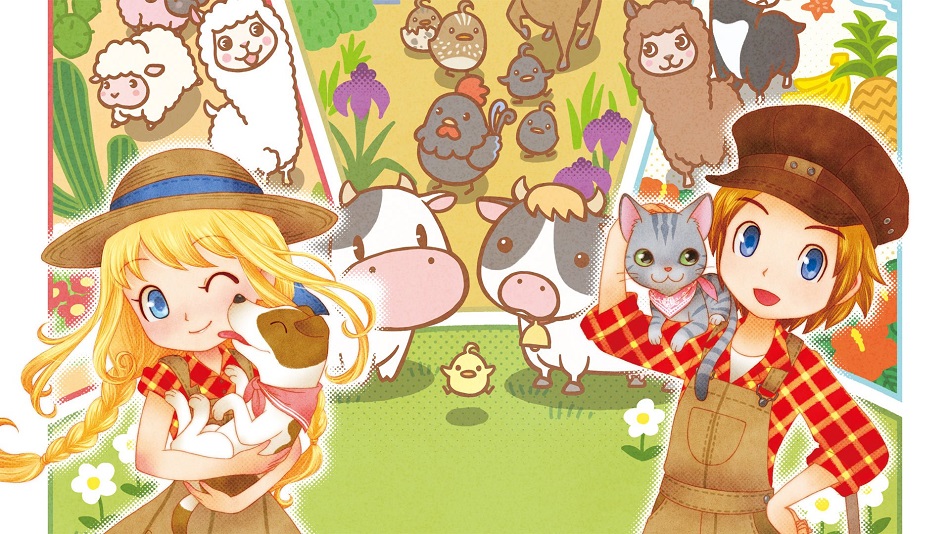 HIGH There’s so much to do!

LOW There’s so much to do!

WTF Putting my sheep and rabbit in the barn at night, then finding them outside the next morning. Repeatedly.

For the past 20 years, the objective of Bokujō Monogatari (literally, Farm Story) has been the same — turn a run-down ranch into a thriving business while befriending the townspeople and raising a family.

New games in the franchise tweak things by giving players new animals to raise, new recipes to make, and new people to meet, but we still run farms. It’s a proven formula. However, as new entries try to keep us interested with more options, the ability to play at one’s own pace can get lost in the sheer amount of things to do. While Story of Seasons: Trio of Towns is comfortably familiar to me as a fan of the Bokujō Monogatari series and makes much-appreciated improvements, I was overwhelmed with all the ways I could spend my time.

Much of Trio of Towns is familiar to anyone who’s played a game in this series before. Players start out with a small, neglected plot of land and a tiny house. With some tools from their friendly uncle Frank, they can clear a plot to grow some crops, catch fish in the ponds, or forage for herbs in the nearby forest. As they ship more items and save up money, they can buy animals like chickens and cows, which can earn even more money.

I’ve done all this before, and I’m so familiar with this routine that even minor improvements are a big deal — things like, oh, the ability to choose my farmer’s gender. And since XSeed took over publishing from Natsume, I’ve noticed much cleaner spelling and grammar — no more awkward sentences like “You fished a bass!” 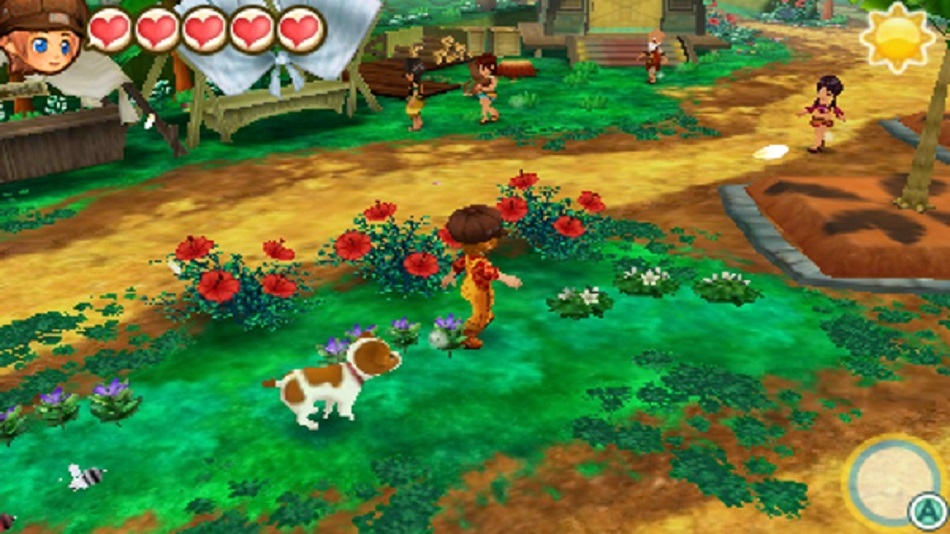 But my favorite gameplay improvement? It’s also the tiniest. From the very beginning, players can hoe and water crops by simply standing in one spot and holding down a button. In earlier games, I had to walk from square to square, making sure to aim my equipment in just the right place — at least until I’d upgraded my tools. I appreciate not having to think so hard about where I’m standing now.

Apart from these sort of fixes, the main way that Trio of Towns tweaks the series formula is evident in the title itself — there are three separate towns for our farmer to visit, each with their own stores, restaurants, and people to meet.

Buying items from these towns, participating in their festivals and befriending their residents raises a place’s Town Link Rank with the farmer; a higher Town Link Rank unlocks more goods to buy or build. However, raising a Town Link Rank sometimes requires items that can only be found in certain seasons, which means that doing what one wants to do can take a really long time. For instance, I wanted to make a textile machine in order to turn my wool into cloth. To build it, I needed 20 pieces of black lumber, but they were hard to find in nature. If I raised a certain town’s Town Link Rank high enough, I could buy them in the shops—but to do that I needed sweet potatoes, which are only sold in the fall. Too bad I learned that during the winter, and that meant I’d have to wait another year.

With so many towns to visit and so many things to do, it felt like so many things took too much time, and I also felt like I ran out of time to do everything I wanted to. My sense of direction isn’t that great in real life or in videogames, and having to check three different places for items rather than just one meant I just never found certain things. After three in-game years, I still don’t know where to buy corn.

While these complaints might sound like I enjoyed the game less than I did, virtual farming never gets old for me, and Trio of Towns improves the experience in many ways — I’ve just played so many entries in this series that it’s far easier to talk about what’s different than describing the similarities. While Trio of Towns has more structure — and more “stuff” in general — than I’m used to, it’s still the same farming simulator I know and love. Rating: 7 out of 10

Disclosures: This game is developed by Marvelous Interactive and published by XSEED Games. It is currently available on the Nintendo 3DS. This copy of the game was obtained via the publisher and reviewed on the original 3DS.

Approximately 25 hours of play were devoted to the single-player mode, and the game was not completed. No time was spent in multiplayer modes.

Parents: According to the ESRB, this game is rated E10+ and contains: comic mischief, suggestive themes, and use of alcohol. Players can breed animals by buying a special item that makes the animal pregnant; they can also find a spouse and raise child. Some of the drinks in restaurants are alcoholic, and picking up animal droppings is part of farm work. These things are all handled tastefully.

Deaf and Hard of Hearing: All dialogue and other important information is presented in text. I played most of this game with the sound off and had no problems whatever.