Pretty Girls and Mechs? Not as Awesome as it Sounds 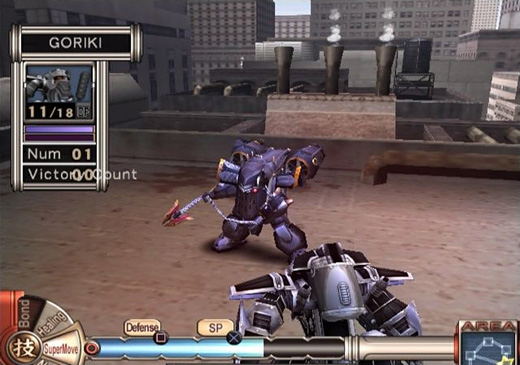 LOW: Long battles, followed by even longer boss fights, without a break. (Or a save point).

WTF: The dating simulation is the high point. In a game about giant mech fighting.

Reflecting on Sakura Wars: So Long, My Love, I can't help but think of The Legendary Starfy. Each is the fifth installment in its respective franchise, each the first member of its series to be released outside of Japan. While The Legendary Starfy was cute, clever and consistent, the ambassador for Sakura Taisen cannot make its parts fit together in a coherent way. As a result, the game's tone shifts constantly and any interesting ideas are lost in the chaos.

Taking place in an alternate 1920s New York, Sakura Wars: So Long, My Love requires players to fight in giant, steam-powered robots called STARsand to befriend pretty girls in not-quite equal measure. The player is Shinjiro Taiga, a young man sent to the New York STAR Division from Japan. When they're not fighting evil, the STAR Division is performing plays at the Littelip Theater. And when he's not in his mech, Shin is trying to befriend all the female members of his team.

The game is divided into two sections: Battle Mode where Shin and company get in their mechs and fight things, and Adventure Mode, where Shin wanders around New York talking to the girls. These chatty portions use what the game calls a Live Interactive Picture System (LIPS), which really just means that it's a dating simulator with some Quick Time Events (QTEs) added in. The player has a limited amount of time to choose Shin's responses or to complete occasional tasks.

Trying to meld mech fighting and dating simulations is a lot like trying to meld horror and comedy: they often don't get melded at all. As the funny but unscary Shaun of the Dead suddenly stops being funny in the last third of the film, so, too, does So Long, My Love switch from fast-paced to ponderous and back again. 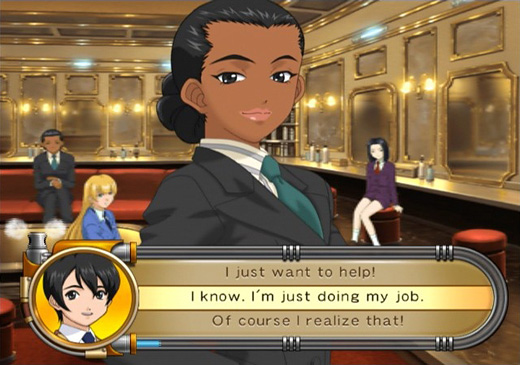 The mech fighting is the tedious part. Giant steam-powered robots are slow, and as a turn-based strategy game, combat in So Long My Love takes a long time. Every movement must be rationed, and formations planned far in advance. (The power of characters' "joint attacks" depend on how close they are, physically and emotionally). A single successful battle can take thirty minutes to an hour to win, and there are often two in a row—a "regular" battle and a boss battle—with no breaks in between. If the player wins the first battle but loses the second, he can have a rematch and start from the boss fight if he doesn't shut off the console. I often left my Wii on all day while trying to beat some boss or other, got tired, then had to shut it off and redo all my hard work over the next day anyway.

Walking around New York talking to girls provides a much-needed break from the combat. There's nothing wrong with that: the Daytime segments in the Persona series (where players go to school or work and similarly make friends with people) are a nice way to relax from fighting, too. I always left Persona's friendship sims refreshed and ready for more combat. So Long, My Love's Battle segments are so tedious that fighting is exhausting even before I've started. The Adventure segments are much faster-paced, and there aren't a lot of ways to get stuck in them; even saying boorish things or screwing up QTEs won't stop the player's progress. The mech fighting could seriously use some of this momentum. Being more excited to run from town to town talking to people than to fight giant robots is backwards, to say the least.

While the friend-making parts of the game may have been more fun than the battles, even those are hampered by the flaws in the game's story. In a work about relationships, storytelling and character development are essential—and So Long, My Love's storytelling is, frankly, lazy. Of course, this is a video game about a man befriending several women: naturally, princess-saving is par for the course, but do the princesses all have to be saved from themselves and in such clichéd ways? "Man versus self" can be a very rich conflict to explore, but when writers are dealing with characters in oppressed classes (and all of Shin's teammates belong to more than one), what seems familiar and true is usually just a story the powerful came up with to deflect responsibility or otherwise put the oppressed in their places. The girls' stories are not only stereotypes mistaken for universal truths—they've been done a million times.

A dating simulation combined with more traditional combat is certainly an interesting concept, but with Sakura Wars: So Long, My Love's inconsistent tone, exhausting battle system and poor story, it's trying to be too many things at once. Keeping up with it feels more like work than play. I want to see more games like this, but not too much like this. Rating: 4.0 out of 10.

Disclosures: This game was obtained via publisher and reviewed on the Wii. Approximately 25 hours were spent playing, and the game was not completed. There are no multiplayer modes.

Parents: According to the ESRB, this game contains fantasy violence, language and sexual themes. While much of So Long, My Love involves a male character trying to make pretty female characters with large breasts happy, the dating aspect is not explicit at all. At worst, there's pseudosexual awkwardness. (Where will Shin sleep at the STAR Division sleepover? Gemini's flower birthmark is where?)

Deaf and Hard of Hearing: During the Adventure (dating sim) portions of the game, different chimes sound when a girl's trust level changes-whether she likes what the player has done or not. Without these chimes, there's no way to tell how specific things the player has said or done affect the girls. Also, while most of the dialogue and mission information is presented in text, there are no subtitles for for the animated cut-scenes.

Well, in my opinion. This review was very badly done. I do enjoy the sim over the battling. But the battling is not hard at all. If you’re not a gamer maybe, but the battling takes 10 minutes tops for someone who knows what he’s doing. This game is also targeted towards a younger teen audience. So without battling they probably would’ve gotten bored. Which most of my friends did while playing the adventure part. So it was a good business option to add in the battling part. Or the sales would’ve been much lower.

I spent a lot of time with this game as well, (though not 25 hours, I don’t think) and I just couldn’t figure out why other review sites were hopped up about this game. I believe that they got caught up in the *idea* of the game, which is great in that you spend a lot of time in somewhat challenging conversations. The setting is interesting, the battle idea is good for diversity, and the coloring is impressive. However, I would agree with you that the story is just putrid. The battle scenes indeed take forever, almost as long as… Read more »

Thanks for this review and your 25 hours of effort. It helped sway me away from buying the game for my girlfriend (and possibly myself).

Well, thanks for looking out for my wallet. Negative reviews always seem to be the most detailed and informative.

“As the funny but unscary Shaun of the Dead suddenly stops being funny in the last third of the film” You take that back! I found the last third of the film very funny indeed 🙂 haha! That’s about all I have to say since I’m not too interested in dating-sim-mecha. However I’ll say say just because some genres haven’t melded much, doesn’t mean they can’t be by someone competent. I’m surprised mecha and dating sims haven’t been melded more though considering the huge rash of anime series’ based on that premise! Perhaps the writers from those series’ would work… Read more »