According to ESRB, this game contains: Language, Mild Fantasy Violence 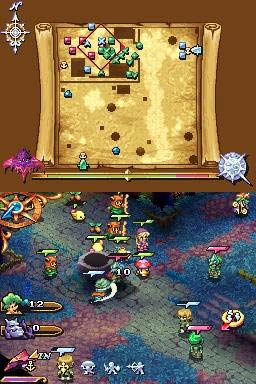 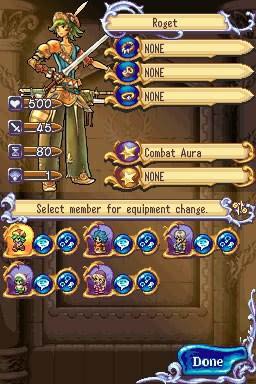 Parents shouldn't be too concerned about letting older children play Heroes of Mana. The "fantasy violence" is just that-swordplay and mushrooms whacking each other, without any blood to be seen-and the bad language is the kind of fare you'd find in a PG-rated movie. That said, there's a fair amount of reading involved. Most importantly, the game's roshambo-like strategy isn't as intuitive as in something like Pokémon or even Mega Man.

Real-time strategy fans have much better games to play. Heroes of Mana is difficult without being very deep-a frustrating combination if ever there was one. The "challenge" is mostly due to uncertainty about who does what to whom. It's hard to know which of the opponents are "ground units," heavy units," etc.

Deaf and Hard of Hearing gamers should have few problems playing this game. All dialogue, tutorials and mission objectives are written in text. However, the whack! sounds of fighters hitting each other can alert players to when units offscreen are in danger. I did manage to play several missions without sound-no problems.