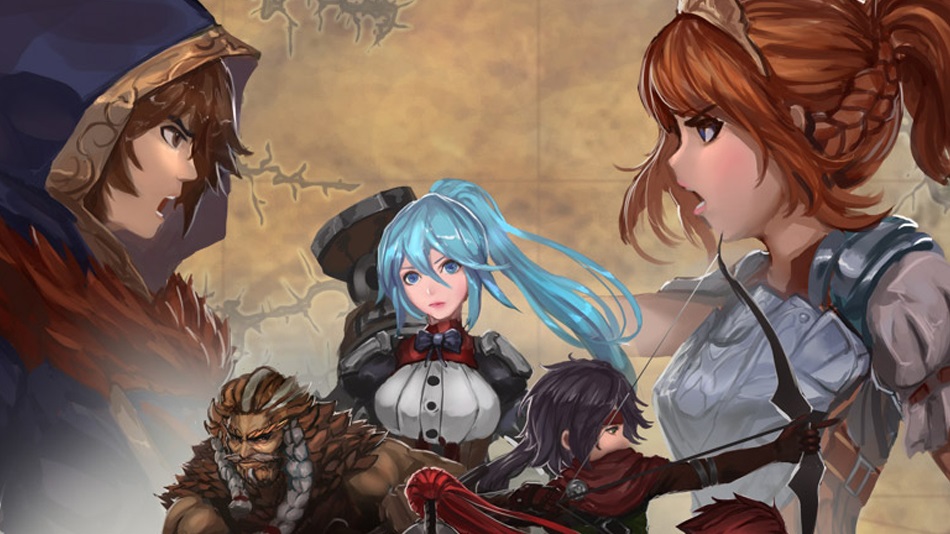 High Killing the dragon for the first time.

WTF: The ending made me sad, and I don’t think it was a Bad Ending. It was just… the ending.

There’s a pair of YummyYummyTummy’s Fallen Legion games, and they’re two halves of the same story. In Flames of Rebellion for the Vita, the player tries to overthrow the corrupt royal family in the land of Fenumia. In the PlayStation 4’s Sins of an Empire, the player is a member of that royal family.

In the big-box version I’m reviewing here, Princess Cecille is trying to save her dying country — difficult enough, but she also has to contend with grief over her newly-dead father (he isn’t even buried when the story starts) a mysterious talking grimoire whose ‘help’ she may not want, and, of course, the rebel and his armies from the Vita version trying to kill her.

Plus, she has to work fast. Very fast.

See, Sins of an Empire takes “action role-playing game” to a whole new level. Using the PS4’s face buttons, the player mashes…ahem, controls Princess Cecille and her three Exemplars. Each button controls a different person, and they employ weapons like bows and arrows or hammers. They also have their own set of ability points that get used up as they attack. These points are replenished by perfectly-executed blocks or some special attacks. The shoulder buttons let them block or change positions.

Below the screen is a combo bar filled with nodes, and each attack fills up part of this bar. If it reaches a glowing blue node, an Exemplar can unleash a special attack called a Deathblow — Phantasm Pierce, a rain of arrows, was one of my favorite ones. Also, players can perform special “Link Attacks” if they change positions at just the right time. At least, this is what the game says — I was never able to pull a Link Attack off. 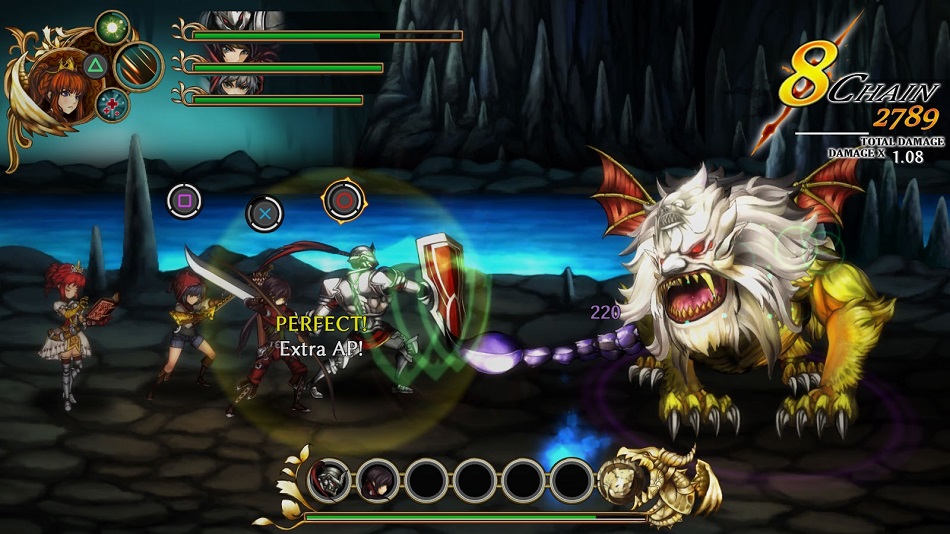 The combat is at its most intense and enjoyable during the boss fights. Part of the pleasure comes from Fallen Legion‘s hand-drawn 2D art. A dragon is gorgeous, even as he’s burning me to a crisp. During these encounters, it’s possible to stun the enemy and trigger a special mode where attacks don’t use up ability points for a short while, and Cecille and company can whack the bejesus out of it.

The game combines this speedy one-character-per-button action with political choices that Cecille must make, and these choices are just as frenetic as the combat. They appear suddenly during a stage, and since they’re timed we can’t really weigh the pros and cons of passing a land bill or supporting one faction over the other. A player’s choices also seem to affect the evolution of the Exemplars, determining whether, say, Longinus the spear becomes a Chaos Longinus or an Order Longinus.

On the one hand, being under time pressure takes some of the depth out of the story. (Who exactly are Gaston and Gracia? Why are they feuding?) On the other, these political Quick Time Events also gave me emotional clarity. Without time to overthink, I had to go with my gut feelings. Thus, my responses felt closer to how I’d actually react to, say, almost being assassinated. Maybe my choices say more about me than I want them to, but being able to confront myself and to know what I would do rather than just what I’d like to think I would do, was personally meaningful. Maybe it’s better to say that these spur-of-the-moment decisions shift the story’s meaning rather than diminish it.

However, there is a traditional story here. I liked Princess Cecille, even when I didn’t agree with her. Though she doesn’t want to be Emperor, she loves her dying country enough to do what’s right. She isn’t cruel or power-hungry (unless the player makes her that way) but she doesn’t kowtow to anyone, either. Cecile is steadfast in her decisions and her limits, which is why the conflict with her father’s talking grimoire is so odd.

Without spoiling anything, the grimoire wants Cecille to do things that disgust her deeply, and… she does them anyway. Perhaps the writers want us to feel like we’re forced to watch ourselves do horrible things, but I also don’t think they’ve raised the stakes enough (or made Cecille desperate enough) for this crossing of the princess’s moral Rubicon to work for me.

Fallen Legion‘s combat is fast without being overwhelming, and the timed choices added an emotional depth to the decisions I made. While I wanted control over the story in places where I didn’t have any and I wasn’t quite sold on some of the twists, that’s only because I was so fond of the character — it’s more a weakness of overambition than an actual failure. I enjoyed my time in Fenumia, and would enjoy some more. Rating: 8 out of 10

Disclosures: Fallen Legion: Sins of an Empire is developed and published by YummyYummyTummy and is available on the PlayStation 4. This copy was obtained via the publisher. Approximately 20 hours were spent in single-player mode and the game was completed. There are no multiplayer modes.

Parents: According to the ESRB, this game is rated Teen and contains Violence and Mild Language. The violence isn’t gory and the language isn’t distractingly salty.

Deaf and Hard of Hearing: All important dialogue and mission information is conveyed in text. I spent many hours with the sound off and had no problems. It’s fully accessible.

Remappable controls: No, the controls are not recappable.