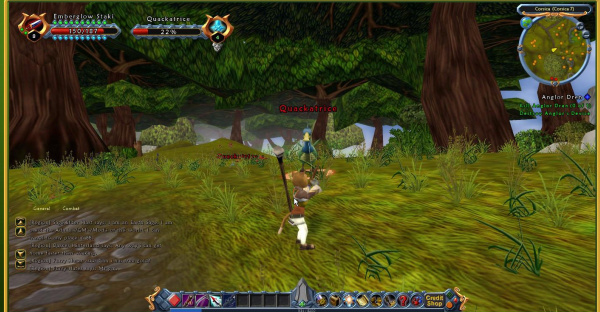 In Sparkplay Media's massively multiplayer role-playing game Earth Eternal, players control animal races with four potential classes—powerful Knights, stealthy Rogues, bow-wielding Druids and Mages. Like many massively multiplayer role-playing games, players complete quests to get money and equipment, as well as to become stronger. What separates Earth Eternal from most other MMOs is that it's a fully 3D game playable in a browser (although it's Windows-only for now; a Mac version is in development). 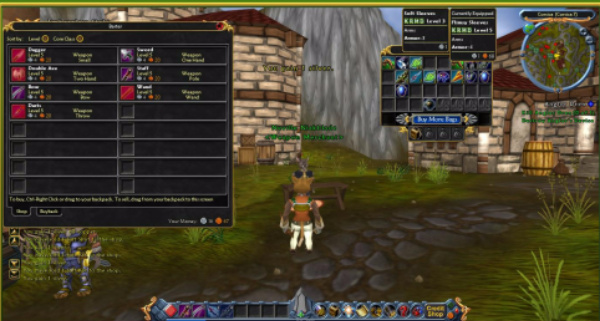 Another thing that makes Earth Eternal stand out is that there are no humans, elves, fairies, or any other stereotypical fantasy creatures in its world. Most characters are animals: anything from cats to frogs to foxes to birds. But underneath this intriguing veneer is play that should be very familiar to anyone who's spent time with World of Warcraft. Point-and-click combat with auto-attacking? Check. Class trainers? Check. Penalties for dying (in Earth Eternal's case, lowered health points for a specific period of time)? Check. While I saw nothing interesting or original in the gameplay, that may be the point: Earth Eternal makes the MMORPG experience available to players who may not have the money or the inclination to mess with base prices and subscription fees. (There is a Credit Shop, where players can spend real money on in-game items, however). 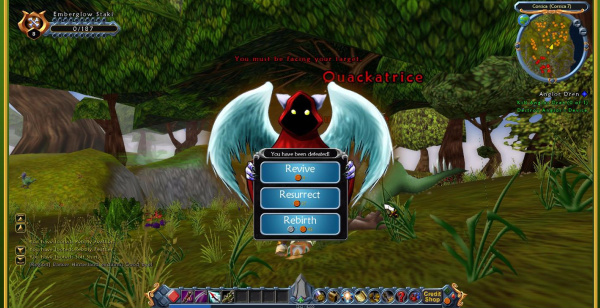 Although I can't say I was impressed with Earth Eternal, for a free World of Warcraft clone, it's pretty good at what it does. There was some lag—most noticeably between an enemy running out of hit points and actually dying—but wasn't a gamebreaker and may be due to the not-ironed-out state of previews or my not-exactly-top-of-the-line machine. But Earth Eternal is a 3D MMORPG that you don't have to pay for. It does what it does decently enough.