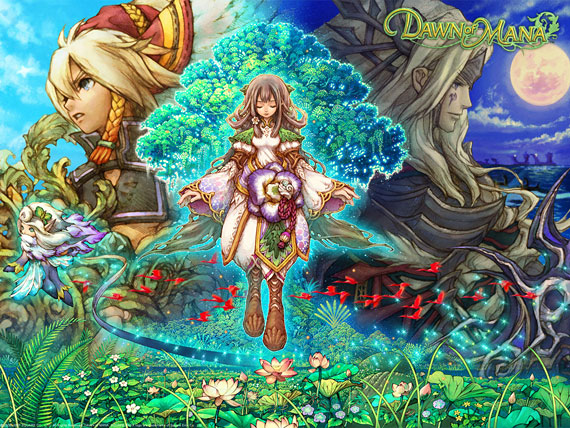 I don’t know what went wrong with Dawn of Mana. Its worlds are bright fairylands; its characters are pretty without looking sickly cute. The gameplay itself is an interesting twist on Devil May Cry-style combo-racking, with few lulls in the action and lots of property to destroy. Unfortunately, a lousy camera and odd difficulty levels make the game much more frustrating than it should be.

Part of Square-Enix’s Secret of Mana series (which is itself a Final Fantasy spin-off), Dawn of Mana takes us back in time, back to when “the world was still flat” and before there was a Goddess of Mana. It tells the story of a Great Tree, an orphan called Keldric, his childhood friend the Tree Maiden and a king who wants to use her power to open the portal to an evil place called Mavolia. Players take control of Keldric (Keldy for short) who must save his maiden friend, the Tree, and the world.

Keldy accomplishes these heroic deeds with the help of a plant-like sword, a magical spirit-child named Faye, elemental powers known as hexorbs and the Havok physics engine. His weapon can whip out vines to grab objects or enemies and knock them into each other. Hitting enemies with things like barrels, boxes, or other enemies causes them to panic, which makes them drop more items and money. 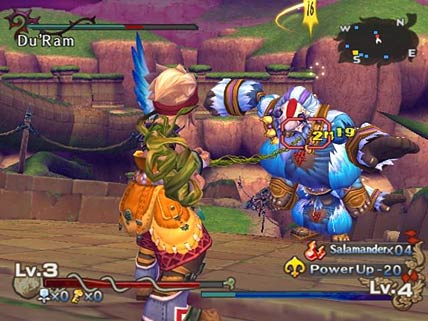 Dawn of Mana’s experience system never descends into drudgery. Collected medals are only effective in the levels they're found in; each new chapter resets experience levels back to one. It's a little scary at first, but I learned to enjoy the chance to prove my worth by skill alone.

This game could've been fun, with its play mechanics trimmed of all fat and its consequent breakneck pace. But non-stop action and destruction are only enjoyable when I can see what I’m doing—and unfortunately, the developers really screwed up with the game’s camera. 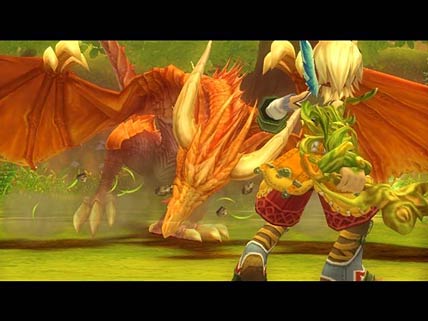 I know every game can’t have the smooth, extension-of-my-brain camera of God of War, but it’s a real pain to grab a boulder with my whip and then have my viewpoint zoom myopically close to said boulder just as I’m about to throw it. Something similar happens when I try to jump between ledges; Keldy often jumps under platforms instead of on top of them, bonking his head on their floors. It’s also difficult to see just where I am; even though the levels are unusually linear, I frequently get disoriented and end up going in circles to save points I’ve already been to. Boss fights are a special punishment in this dimension-shifting hell.

Thanks in part to the camera snafu, Dawn of Mana’s difficulty level feels like a seismograph reading. Each new level required me to struggle with the camera afresh; after trekking through it once, the stage became simple, easy, almost boring the second time through. While the game is built to be played through multiple times—there are tons of extras to unlock—when a tool that’s supposed to help players is responsible for 75% of the game’s challenge, that’s a fatal design flaw.

I didn’t like Dawn of Mana, although I wanted to. Plunder-by-panic and slippery experience points are intriguing, but these innovations fall flat without solid, bug-free foundations to support them.Rating: 4.5 out of 10