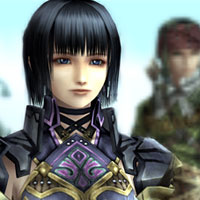 Film critic Roger Ebert says that videogames aren't artistic in the same way that movies or books are, and he's right. All three structure their stories in different ways: the plot of a novel—William Thackeray's Vanity Fair, for instance—won't fit neatly into a three-act film without some cuts, rearrangements, and reimaginings. But I don't agree that one kind of storytelling is inferior to the others.

It's funny how time can change your perspective on things. When Valkyrie Profile was originally released on the PlayStation way back in 2000, I liked it a lot but took it to task over certain issues and held back a few points on the score. Now that some time has passed and the current game environment is different than it was back then, I find that my affection for the title has only grown.

According to ESRB this game contains: Fanatsy Violence, Language, Suggestive themes, Use of Alcohol

When looking at RPGs lately, it seems to be getting harder and harder to tell them apart. You know how it goes—a young hero from a quiet town is thrown into circumstances beyond his control. He sets out to right a wrong and gathers together a band of friends to help him on his quest. After facing insumountable odds and legions of evil dragons/sorcerers/corrupt rulers, etc., our courageous hero emerges victorious to right all wrongs done to innocent townsfolk everywhere. Justice prevails, you win.

Unlike so many of the role-playing games that are out now, here is one that is wonderfully fresh and endlessly interesting (in other words, the complete opposite of The Legend Of Dragoon). I love how the game creatively wraps itself in Norse mythology, and how it infuses the battles with such action and excitement. It has truly been a while since Ive played such an imaginative and energetic piece of work. However, I just cant justify giving Valkyrie Profile a higher score because the game goes a little overboard in the scope of both its gameplay and its epic story.