Viewers really need to support Conan's Tonight Show. He is such a refreshing change from Jay Leno. 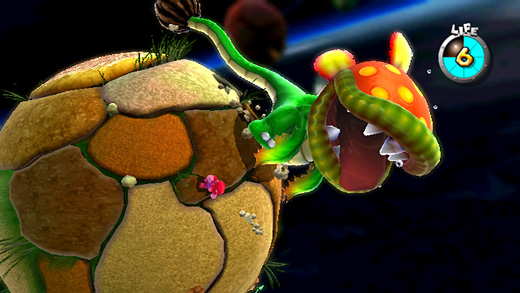 It's easy to dismiss Nintendo's Wii as a $250 gimmick. The console's "revolutionary" library is full of muti-platform movie tie-ins and remakes—not to mention the last minute control-swapping in The Legend of Zelda: Twilight Princess. Sure, the Wiimote can make first-person shooters more natural to play; it's also probably no small factor in Manhunt 2's infamy. But the real test of the Wiimote is a game that showcases its unique features while integrating them so deeply into the gameplay that its uniqueness doesn't distract us. There haven't been any games that fit the bill. Until now.

The arrival of Super Mario Galaxy marks the continuation of one of gaming's most beloved franchises. It also happens to mark the extension of Nintendo's remarkable streak of critical supremacy. According to the review aggregator site Game Rankings, the top-rated game for each of the last three console generations appeared exclusively on a Nintendo machine. So what does this mean?

Since purchase, my Wii has seen very little action. Extremely little. The layer of dust on it is ridiculous. When a few import titles made their way to the Virtual Console, I was intrigued.  My first purchases from Nintendo's offerings, I downloaded Sin & Punishment and Super Mario Bros: the Lost Levels. 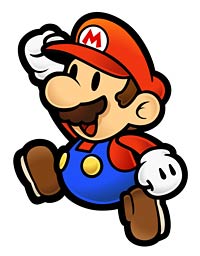 What makes Super Paper Mario so significant is the way that it embodies self-critique in its very structure—it doesn't merely contain elements of critique, it is a critique. So what, if anything, does this mean for videogames?

I think it really says something about the maturity and freestanding quality of the medium that there can be a game that derives so much entertainment purely from self-reflexivity. That videogames provide such fertile ground for multi-dimensional satire (no pun intended) is as sure a sign as any of the creative health of the art form.

Inspired by a visual trick from The Thousand Year Door, the developers of Super Paper Mario asked a simple question: what would classic Mario levels look like expanded one dimension into the background? So yes, the entire game is based on a gimmick, but in its defence, the gimmick is an extremely good one. Oh, and there’s some RPG and platforming stuff tossed in there as well to keep things from getting dull.

According to ESRB, this game contains: Mild comic mischief