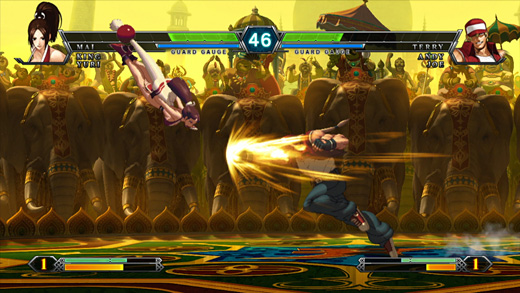 LOW Bosses that combo cheap moves over and over.

WTF As a newbie to the series, some of the female animations. Srsly? 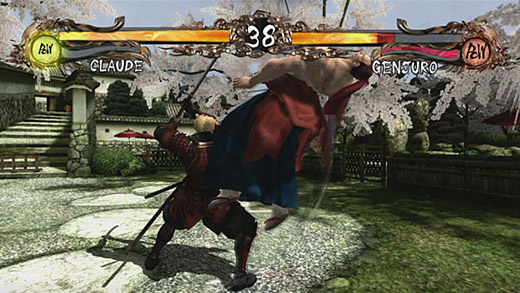 HIGH Unexpectedly cutting my enemy in half, blood cascading to the ground.

LOW The wretched music in the Wild West stage.

WTF The Engrish of "The Crimson Murderousness" and "Handing Sword Princess."

One More Verse, Same as the First… 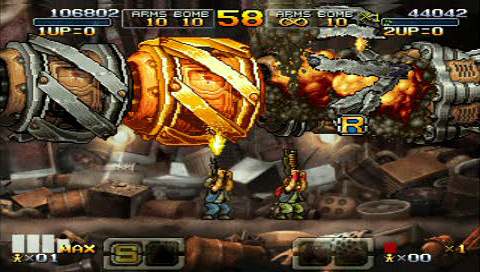 LOW Brings nothing new to the table.

Dan is right on the money in saying that the lack of extras in Metal Slug 4 & 5 is very disappointing. This is my third review of a Metal Slug title for GameCritics, and over the last few re-releases, the decline in value for each game has been fairly obvious.

So, that's it? Really? Maybe it's just me, but it seems that in this day and age people expect more from a port of an arcade game than just the arcade game. Twelve years ago SNK could get away with this sort of thing. While home consoles struggled to put more than 32 colors on screen at once without major framerate issues, the Neo-Geo offered lavish arcade-quality graphics for a paltry 200 dollars per game.

The King of Fighters: Maximum Impact seems to have come from a bizarre parallel dimension; a parallel world where there was never a Virtua Fighter, or a Tekken, or a Dead or Alive, or even a Battle Arena Toshinden (the now-forgotten game that first made "changing the axis" into a workable 3D fighting game mechanic). Maximum Impact doesn't just feel like first game in a new series; it feels like the first game in a new genre. Unfortunately, though that genre has actually existed for more than a decade now, SNK just seems to be completely unaware of it.

If history has taught us one thing, it's that people love it when characters verse other characters. Eighty percent of the Japanese film industry is predicated upon Godizilla's continued interest in fighting a wide variety of giant monsters. One of the most burning questions on the playgrounds of my childhood concerned whether He-Man could beat Luke Skywalker in a fight. It's only natural, then, that I'm fond of Capcom's habit of pitting their roster of game characters against all comers.