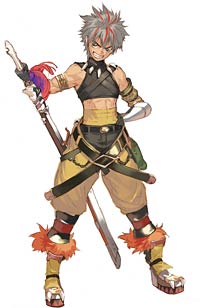 Sega is a weird company—almost the antithesis of Nintendo. Both corporations were once gaming giants who've seen their stock fall in recent years, both created some of the greatest videogame IPs of all time, and both are still players in the industry. Yet, while Nintendo still makes consoles that cater to their hardcore legions of fans (and games that those fans vociferously want), Sega opted out of the console hardware business after the Dreamcast and seems almost single-handedly determined to take its classic franchises and pervert them in ways that do little more than alienate their core audience. Shining Force EXA continues that trend.

To be fair, once the initial disappointment dissipates, Shining Force Neo is a damn good game—it's just hard for an old guy like me to get past the whole Shining Force not being a strategy RPG thing. Why call it Shining Force? Why must Sega continually toy with my emotions? What's next? A Nights RPG? A Phantasy Star card battle game…oh, wait, they actually did that. My bad.