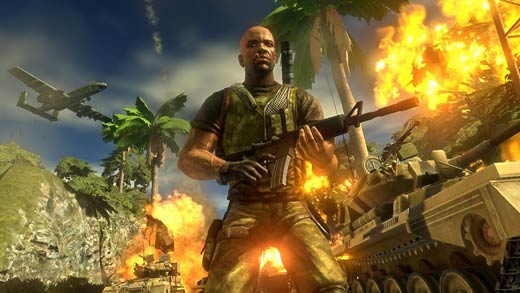 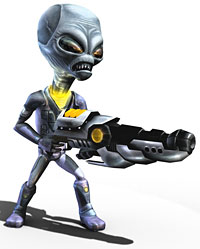 A textbook sequel in every sense of the word, the game is guilty of hewing closely to a previously-established formula. However, Pandemic has made great strides to polish and improve an effort that was quite enjoyable the first time around, and their work is appreciated.

There are few people more despicable than mercenaries. By definition, they are those who have chosen to indulge in acts of violence motivated only by personal profit. Mercenaries don't believe in anything other than getting paid, and while that attitude might be encouraged among musicians and professional athletes, when the person's primary job responsibility is murder, I can't imagine many people would defend it as a valid career choice.

I've never been one to object to violent acts in video games. Gouging out eyes with shards of glass? Acceptable pastime. Hooking lengths of chain to people's limbs? No problem. Sundering three torsos with a single swipe of a battleaxe? Fun for the whole family. The only thing that's ever bothered me was the context in which these actions were placed. I can slaughter people all day long, just as long as I feel that, within the game's reality, those people deserved to die.

According to ESRB, this game contains: Language, Sexual Themes, Violence

Full Spectrum Warrior wants to start an entirely new genre (one that I really plan to support wholeheartedly) that attempts to capture the dullness of reality. Okay, that seemed a whole lot harsher than I actually meant it to be. In fact, I've been one of the biggest proponents of making videogames, especially ones set in the "real world," more realistic (whatever that means), but FSW really brings that notion to a whole new level in simulating the military experience as long periods of stultifying boredom punctuated by sudden, horrible violence.