LOW It’s a franchise still defined by cheap deaths due to finicky controls. 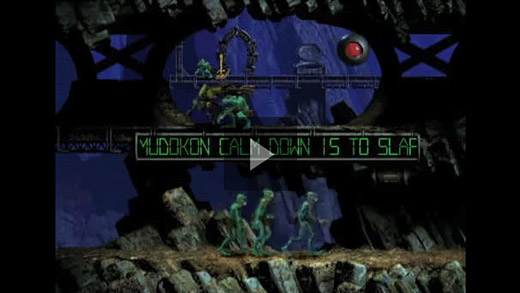 Stranger's Wrath is a fabulous game that takes the promise of a groundbreaking title, namely Halo, and not only matches it step-for-step on many of its own terms, but succeeds in taking the concept confidently into new directions and stylistic tangents, to the extent where it shakes off its dependence on that influence and becomes its own landmark.

Oddworld Inhabitants—the developers, not the game characters—are pretty interesting people. Their projects have an extremely high artistic quotient and consistently contain themes and messages regarding conservation, consumerism, and other things actually relevant to society.

According to ESRB, this game contains: Blood and Gore, Strong Language, Violence

I really had high hopes for Munch's Oddysee, as I feel that the Oddworld series is one of the most unique and beautifully realized game concepts of the past few years.

Innovation is not the end-all and be-all that turns dirt into gold. A great example of this is Oddworld: Munchs Oddysee, a game that combines its own original, undercooked ideas with redundant elements culled from many different genres to form an innovative, uneven, tedious mess.