In this episode we have a good old fashioned "What have you been playing?" Discussion. We then have a debate sparked by an email over Sniper Elite V2 and round it all out with some thumbs! With Chi Kong Lui, Brad Gallaway, Mike Bracken, Richard Naik and Dylan "I have no witty nicknames" Collins.

The Dorkly guys look at the tough position the Dark Knight would find himself in should he have run into Occupy Wall Street. 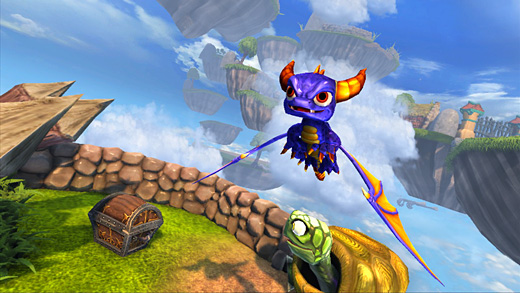 HIGH Discovering how much each character can evolve.

LOW Trying to platform with two people and failing miserably.

WTF Who thought the separate-purchase add-on levels were fun?

You probably never thought about it this way, but while playing The Legend of Zelda, you were going into boss fights at a severe disadvantage. Not only were you probably low on health, but you had to deal with that incessant chiming. Dorkly shows us how Link should have used it to turn the tables.

Mario and Luigi have been busy the last couple of years. The 3DS has been crammed with all sorts of Mario-themed adventures from Mario Kart 7 to Super Mario 3D Land to Mario Tennis: Open—Luigi has even gotten his own sequel this year. Needless to say, the Mario Brothers are busy. But even so, does that make it okay to leave their other less-talented brother behind to man the shop. Doesn't he deserve some of the glory? 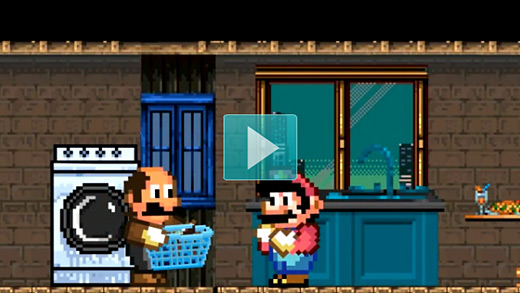 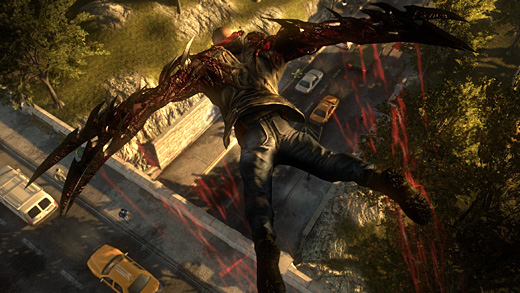 Between Sega Europe's painful restructuring and Activision's dismantling of Radical Entertainment, this past week has been another one of those weeks that we'd rather forget. It's always unfortunate when people lose their jobs, and downsizing doesn't often instill confidence that the affected industry is moving in the right direction. These moves are a continuation of the state of correction that the video game industry is in—especially in the console sector.

After a year of silence, Nintendo has its press conference where it was demonstrate to the world why it needed a Wii U and 3DS and why it should stay away from smartphones and tablets.

Judging by Twitter, the result was a wash. Nintendo did announce games for both the Wii U and 3DS. The Wii U got Pikmin 3, New Super Mario Bros. U, Wii U Fit, Batman Arkham City: Armored Edition, Darksiders II, Mass Effect 3 as well as support for video streaming services like Netflix, Hulu Plus, YouTube and Amazon Video announced. The 3DS got decent titles like New Super Mario Bros. 2, Paper Mario Sticker Star and Luigi's Mansion 2.

The thing is that show attendees, and those watching at home, were looking for more—especially from the Wii U. Why, after owning an Xbox 360 and/or PlayStation 3, should someone pick up a Wii U? That was the question that needed answering and it seemed Nintendo didn't do a very good job of doing so. All hope is not loss as E3 (as of this writing) is not over so there is time for more announcements. But after a year's wait, it looks like many are going home to be content with their 360s and PS3s until their successors show up.