Genocide From The Other Side

LOW I swear I clicked on that correctly…

HIGH The aesthetics and style are on point.

LOW It runs out of interesting content halfway through the campaign.

WTF Explosive barrels fly towards me when shot?? 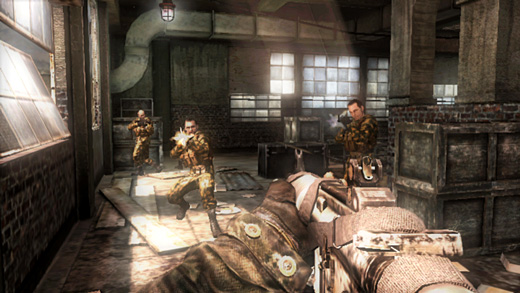 HIGH The gameplay is solid for a portable FPS.

I'm slacking off apparently, because IGN posted these videos back on the 2nd and I'm only just now finding them (and only because Dread Central posted them recently).

Anyway, my fellow Game Critic Brad Gallway is telling me that Burn Zombie Burn! didn't turn out quite as well as we'd hoped (you can read his thoughts on it here). That's a bummer (although I'm still gonna have to check it out for myself), but hope for a classic Robotron/Zombies Ate My Neighbors updating lives on—this time in Zombie Apocalypse, which is headed to the PlayStation 3 and Xbox 360.

Checking out the video should make it obvious that the game draws a lot of inspiration from Robotron. The title is a two stick shooter with a multitude of weapons at the player's disposal. Hordes of brain-craving undead fill the screen and the main objective is to terminate them with extreme prejudice while saving the occasional civilian and racking up a bonus multiplier. According to early previews, the title will have four playable characters, feature 55 levels of zombie-slaying goodness, and features both local and online co-op play. I'm already sold.

Developed by Nihilistic and published by the fine folks at Konami, expect to see Zombie Apocalypse sometime in September of 2009.