HIGH Finally getting one of the di-digivolutions (no that’s not misspelled) to work.

WTF One boss consumes a character, who then appears on the boss wearing a ball gag. It’s for kids!

The First Casualty of War Is Truth

LOW Defending the same valley for the 32nd time.

WTF Who thought it was a good idea to give me limited ranged weapons when fighting an airship?

You’ll want to digi-solve this crime 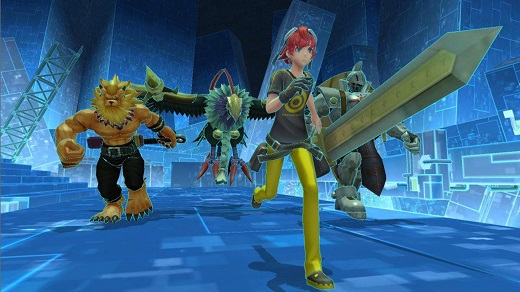 HIGH Experiments with all the digievolution options

WTF Why is Nokia so annoying?

According to ESRB this game contains Mild Language and Fantasy Violence.

Coming of age seems to be an easy thing to do. Nevertheless it remains one of the main themes played upon in today's popular culture. So why not transfer it to a media which by itself is always a little in danger of being regarded as childish? The fourth installment in developer Media Vision's Wild Arms series tries exactly that.

Is it just me, or has the traditional Japanese role-playing game (RPG) worn out its welcome? Certain advances have been made by a few bold titles, and of course the introduction of the massively multiplayer online role-playing game (MMORPG) was a force unto itself, but I'm talking about the old, tried-and-no-longer-true formula of teenage hero, group of friends, random battles, talking to townsfolk, and all the stuff that was so interesting and addicting during the 16-bit era.

Mike wasn't kidding when he says Wild Arms 3 follows standard role-playing game (RPG) conventions. Wild Arms 3 has the standard band of strangers, a strong, silent party member with a "mysterious past," lots of dungeons to explore and a predictable plot for the player to be lead through—and that's just to name a few. But it is Wild Arms 3's differences, subtle as they may be, that I think makes it a little more than an also-ran.

It's rare that I come across a game I can honestly describe as an unredeemable waste of time and money. However, it does occasionally happen. Recently, I had the misfortune to receive a copy of Sneakers in my play pile, and if there's ever been a game that was destined to pull coaster duty underneath frosty beverages, it's this one.