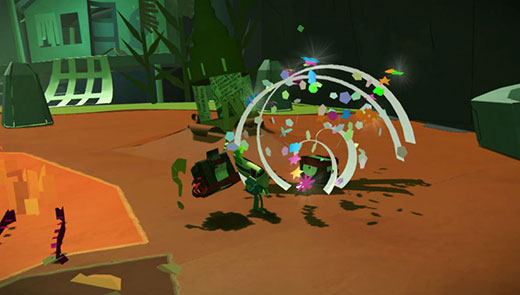 LOW the withdrawls after the credits rolled.

WTF why did this drop on one of the most crowded weekends of the year?

Now they're recreating (sort of) operating systems in LittleBigPlanet 2? What's next? OS/2? Or maybe some productivity programs like MS Office or Adobe Photoshop? It doesn't sound that far-fetched.

LittleBigPlanet was sold as a content creation game, but thanks to some imprecise controls and limitations with the interface, it was not as intuitive as many would-be Shigeru Miyamotos would have liked. Still, it did show promise. And you have to believe that all the flaws in the world wouldn't stop enterprising gamers from recreating their favorite levels from Super Mario Bros.

Despite the success of the first game, or maybe because of that success, Media Molecule has been hard at work on LittleBigPlanet 2 trying to remedy the complaints from fans and media alike. From the looks of the clip below, the sequel appears to be on the right track:

Having received LittleBigPlanet as a Christmas gift from my dad, I've finally been able to experience the game that many have been touting as the first must-own PS3 title. Now that I've sunk a significant amount of time into Media Molecule's little opus, I thought I'd share some of my impressions.

First and foremost, LittleBigPlanet is a thoroughly charming, feel-good game. It's almost impossible not feel at least somewhat upbeat while jumping around with the cute sack people. The snappy soundtrack, the funny expressions of the sack folk, the playful toy box-style aesthetic, the humorous tutorials, everything comes together to form a remarkably charming package. 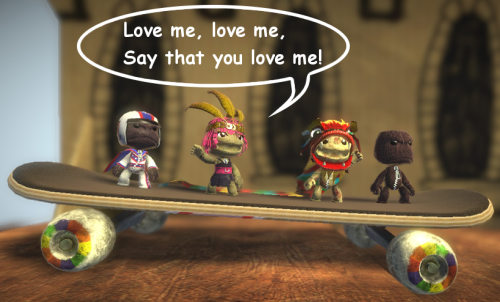 I got my greedy paws on a key for the Little Big Planet (LBP) beta, which I had the opportunity to play over the last weekend. All in all, I'd have to say… not bad. (Bonus points if you know the movie in which Lisa Luder said those words.)

"Not bad." Which is not the praise that Sony and Playstation 3 owners everywhere would like too see bestowed upon this key video game, a unique entry and selling point as we go into the fourth quarter of 2008.

Although I had mixed feelings during my time with the beta, it was after discussing them with (our very own) Brad that they solidified into something I could concretely describe. Is LBP a game I want to spend $60 and countless hours of my limited free time exploring? I'm a generally creative guy. I like to sing, write music, draw or write in my free time. (Depending on my artistic mode and inertia at any given moment.) This game initially spoke to me as a good outlet to make things that I can share with the PS3-owning world. Yet after playing the beta for a while, I have some doubts.