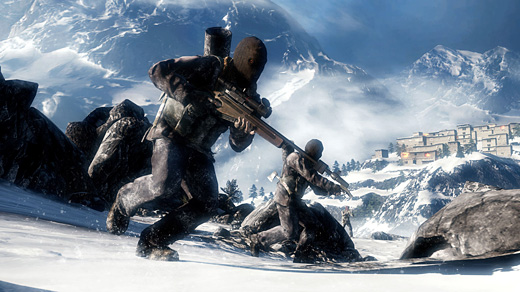 As I write this entry in the wee hours of Monday morning, there are literally dozens of reviews of Medal of Honor that have been completed and will not be read for another day or so. Meanwhile, many more consumers are looking for some sort of indication as to whether Medal of Honor is going to be worth spending $60 on… and they won't find out with much notice before the game's release. See, Electronic Arts is holding reviews hostage by way of embargoes—which basically seal away all reviews until a specified time of the publisher's choosing. 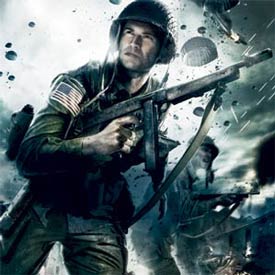 I wonder how different this review would have been if I had played Medal of Honor: Vanguard before trying the demo for Medal of Honor: Airborne. While it's true that almost no game looks good when placed next to its immediate successor, I feel that the things that Vanguard gets wrong are so clearly and fundamentally awful that even if I hadn't played the wonderful Airborne demo I'd still have realized just what an atrocious waste of time Vanguard was.

Staring through the sniper scope of my Gewehr 43 rifle, I could see the silouhette of a German soldier perched atop the roof of a building in the near distance. He had already taken out one of the Britsh troops directly to my right. Now I saw him reloading his weapon. He would take aim at me next. He probably assumed I couldnt see him from my position. I lined up my shot calmly, knowing from firsthand experience that it took at least four seconds to fully reload the Gewehr. Three of the seconds were up. By the fourth second, I saw the soldier bring up his rifle. I knew he was aiming for me, but it was too late. I had already pulled the trigger. The sound of a single bullet exploding from the long barrel of the gun echoed through the streets of the burned, broken city.

The developers have taken the theme and backdrop story very seriously and it shows because the WWII iconography in MoH is captured beautifully not only in the costumes of the characters and the design of the architecture, but it also permeates through the detailed movie-like orchestra scores that make up the background music.

Pretender. Wanna-be. Unoriginal. When I heard people comparing Medal of Honor to GoldenEye 007 I was ready to toss all the slurs its way. But after a few honest rounds during the game I found that I was judging it too quickly and harshly.