In a short period of time I have played three games that may not seem to be similar or related. The co-op shooter Kane & Lynch 2: Dog Days, the straight-up cover shooter Max Payne 3, and the thriller Heavy Rain share a third-person perspective, though, one that reflects their central cinematic aspirations. Although their critical reputations vary, each of these games is an interesting failure in the project of creating a playable movie.

You wouldn't know it to look at him, but Max Payne does take days off from being Max Payne—at least he tries to. 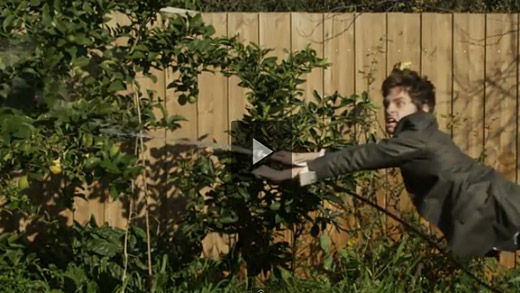 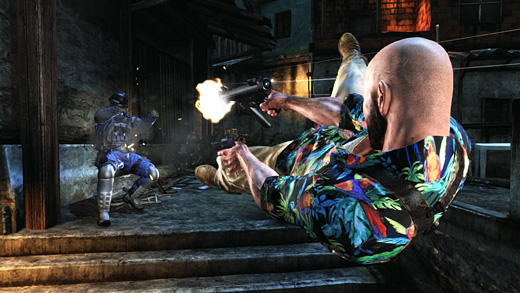 HIGH Soaring through the air, blowing away dozens of gangsters with my dual pistols like a John Woo hero.

LOW Did he seriously just shave his head as a disguise?

WTF Why doesn't Max just shootdodge out of all these situations where a few unarmored guys are holding a gun on him?

The Bride of Frankenstein 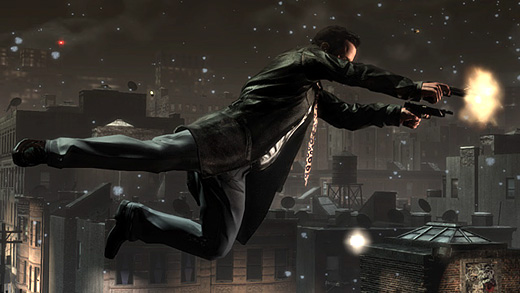 HIGH A slow-motion, high-caliber rifle round breaching an enemy's skull is terrifyingly beautiful.

LOW Anyone else tired of morally mucked-up shooter heroes?

In a different world, Max Payne would be a solid contender for the worst videogame to film adaptation in movie history—taking its place right alongside Super Mario Bros. and Mortal Kombat II as the main exhibits in the case that Hollywood simply doesn't understand gaming. However, as long as the Antichrist (known more commonly by his human name, Uwe Boll) continues to churn out films like Alone in the Dark, Max Payne will just have to be content with the title of "not very good" as opposed to "out and out awful".

Payne, starring an angry and mopey Mark Wahlberg as the title character, is a film that I really wanted to like. It's beautifully shot (it's got a gorgeous neo-noir color palette working in it), it has some decent action scenes (although I think the games did a better job of integrating the John Woo influence), and it feels like the people involved cared about the end product to at least some degree. This makes it all the more disappointing that the end result is a film that feels a bit like Constantine part 2 (which was another film I wanted to love because I've dug the Hellblazer comics for years).

Film Critic Roger Moore (of the Orlando Sentinel) has sparked a mini controversy in his Max Payne review. The blurb quote for the piece, posted at Rotten Tomatoes, says the following:

"As good as a couple of its action beats are, Max still suffers from the heartlessness that makes games emotionally inferior to movies. Nobody ever shed a tear over a video-game character's death." 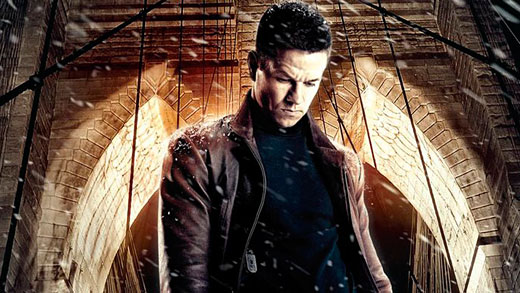 Naturally, both sentences are pretty inflammatory to gamers, who've taken him to task in the comment section. Moore, who's no stranger to controversy (he earned Kevin Smith's ire a year or two ago) has yet to respond, but this clearly looks like another case of a guy who hasn't played a game since Space Invaders commenting on a medium he has no clue about.

You can follow the comments (which have been fairly civil so far—although that seems likely to change) here.