LOW Spinning a laser structure the wrong way and frying my last ball.

WTF Why is barely anything explained?

You've Seen it all Before 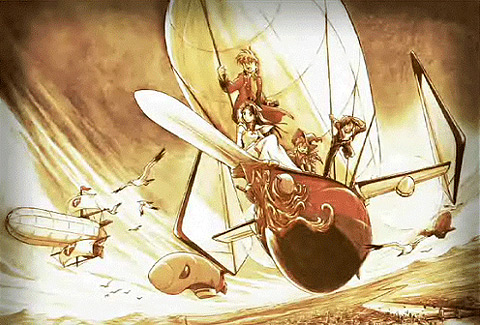 WTF I can't use an item because you broke my gun? 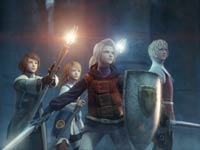 Despite my love of role-playing games (RPGs), I haven't spent much time with the Final Fantasies. (In fact, most of what I've learned about their universes and characters is via the Kingdom Hearts series). Be that as it may, Final Fantasy III hasn't kindled any deep passion for the series. Like a one-night-stand it was fun while it lasted, but it doesn't leave me wanting more.

The concept of a "dreamworld" hasn't been used so effectively since the original Alundra game on the PlayStation. The physical world of Sonno Island (where our heroes spend the entirety of their adventure) is a small place comprised of a scant number of locations. However, by adding dreamworlds to the mix, the game seems much larger-and much more diverse—than most gamers would imagine.

2002 was a year of big-name games and even bigger hype. Some was deserved, some wasn't, but it was hard to avoid being bombarded by the media for those certain titles that shall go unpromoted in this review. Besides the discs that "everyone" was buying, there were a significant number of smaller efforts with gameplay as good (sometimes even better) than the so-called blockbusters.