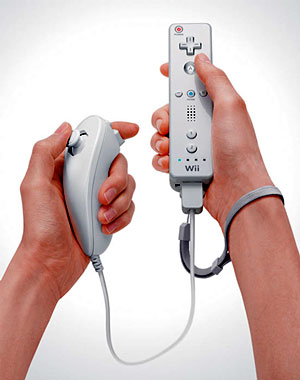 At this month's DEFCON hackers' conference, engineering students Josh Marks, Rob Rehrig and Larry Aiello did a demonstration of their project WiiAssist, (PDF here) which allows people with disabilities to use the Nintendo Wiimote as a head-pointer and the Wii Balance Board as a mouse. VultureBeat's Dean Takashi writes:

"[T]he project adapts the infrared sensors in the Wii controller, which detects a Wii game player’s motion and position, so that it can be attached to someone’s head. The sensor is then used to track head movements, which can control a mouse in a computer application."

The University of Delaware students chose the Wiimote in part because it can track up to four infrared sources and it has Bluetooth capabilities, as well as an open-source library for Windows and Linux machines called Wiiuse, which supports "motion sensiong, IR tracking, nunchuck, classic controller, and the Guitar Hero 3 controller."

Long-term goals for WiiAssist include sign language recognition and a design that uses less power and fewer wires. 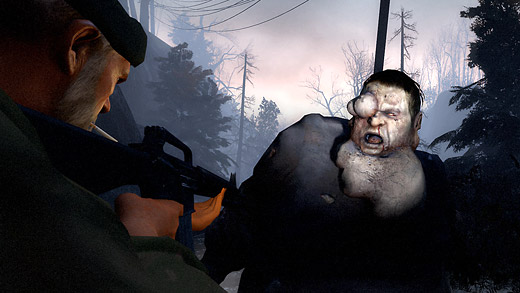 In an article for GameSpot called "The blind gaming the blind", Matthew Peters writes about the accessibility of mainstream games for blind players. Twenty-three-year-old Brandon Cole, who is blind, says that:

"Rock Band is a fun challenge for blind people…Developers don't place the button sequences randomly as far as the instrument controllers go. It makes sense; they do it in a logical way. We have learned that if the next note in the song is a higher note, then more than likely the fret on the guitar that you're going to press is a higher fret than what you're on right now. With that in mind, and a few other tips and tricks I've picked up—like certain ways long streaks of constantly rising notes are handled in these games—I can learn a song just by listening to it."

As Gus Mastrapa writes in GameLife, Platinum Games's upcoming brawler Bayonetta will feature a mode which allows gamers to play through the entire game using a single button. The title, which will be released for the XBox 360 and the PS3, is, essentially, a mainstream one-switch game. 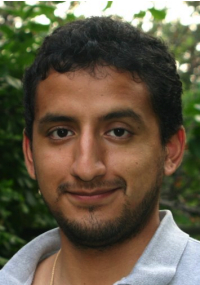 Many mainstream games are inaccessible to players who use a single button or switch. Game developers can have a hard time adapting their four-, eight-, twelve-button twitch masterpiece to a one-button interface. AIBICOM (asynchronous interpreter of binary commands) is a one-switch interface different from most others; instead of pushing a button to make an application dosomething, users only push a button when the program does something they don’t want it to do. With the speed and complex controls AIBICOM makes available to one-switch users, it could be very useful in making games accessible. I’ve written a bit about AIBICOM before; now let’s talk with Jorge Silva, the man who designed AIBICOM’s algorithm.

Virtual Finance Teaches Real Financial Skills in Second Life. Nathalie Caron of Game Forward writes of a Credit Union Island in Second Life which is designed to help teenagers learn about "real life financial decisions" such as taking out a college loan. While the Virtual Finance tutorial set up by Ohio University is not meant for people with disabilities in particular, something similar could help those with certain kinds of disabilities practice financial skills.

Xerte is a free, open source toolkit for creating quizzes, presentations and other learning applications. It was developed by the University of Nottingham. While Xerte's primary purpose is to make educational media, it's capable of making games (e.g. using Flash) as well. Xerte has many features to make applications accessible to people with disabilities. There's a choice of color schemes that provide good contrast between text and background colors and have been tested against many types of color blindness. It's easy to make applications controllable with the keyboard rather than the mouse, as well as to enable text-to-speech output. West Virginia was the first school system in the United States to incorporate a video game (Konami's Dance Dance Revolution) into its physical education curriculum. Now, West Virginia University, ResCare Home Care and the Special Olympics are conducting a study to see if the series has benefits for people with disabilities. According to the very small blurb I was able to find, "Participants will play the game three days a week, for eight weeks. If it is successful, the Special Olympics may consider making 'DDR' a competitive event during its annual games."

Since this past weekend was my birthday (I got several games, including one I'm ashamed to have taken so long to get to), this week's post is another trilogy of disability-related gaming news.

Heather Kuzmich, a finalist on cycle nine of America's Next Top Model who won nine CoverGirl of the Week awards and has a form of autism called Asperger Syndrome, is studying video game-art design at the Illinois Institute of Art. In an interview with founder of Voodoo PC Rahul Snood, she said:

To be honest, I always wanted to do something that included art and creating stuff with my hands. At first I wanted to get into costume design, but that soon changed to game design, especially since I frigging love games and love doing weird designs for characters.

The NEC Foundation of America has awarded a $32,000 grant to the New Jersey Institute of Technology (NJIT) "to support the dissemination and use of therapeutic video games to serve children with severe sensory and motor disabilities," according to NJIT's press release.

The video game platform contains games with programmable graphics objects. Each game piece behaves in a preprogrammed fashion, following specified rules. These rules may alter movement pattern, changing shape, color or size and even disappearing altogether. Each game piece is capable of assessing its environment and calculating its distance from the nearest object in a specified direction. 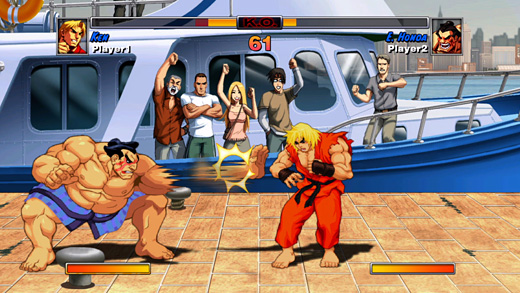 I see a lot of things slowly. I sometimes have to consciously work out what things are, and I miss many things in my environment simply because I don't have enough time to notice them: people on bicycles, for instance, or something I'm looking for on a shelf, or vacuum hoses. ("What's that thing—a snake? No, it's too big to be in anything but the rain forest. And it's not moving"). While needing time to process what I'm looking at is more of a problem in real space than when looking at a screen, I've found a tool that helps me learn Street Fighter II skills by slowing the game down to something that's more my speed.

While not about gaming per se—I don't know if this project's artist is the same Simon McKeown who worked for Reflections Interactive on Stuntman and the Driver series or not—Motion Disabled uses digital animation to pose some critical questions, as the artist points out: "[D]o we value difference? How do disabled people's bodies fit into current versions of normality? And, is physical disability about to become Virtual?" In an interview with Dr. Paul Darke for the Outside Centre's radio show, he said:

[T]he disabled people I grew up with—the disabled children that I grew up working with—were becoming a rarity, in effect. That the effects of screening at childbirth and the medical intervention if you like…in the future…you won't be able to see how a disabled person walks because they won't be in existence.