HIGH The concept is still gold.

LOW Both of the PS2 iterations are better
than this.

WTF How did so much survival get left out? 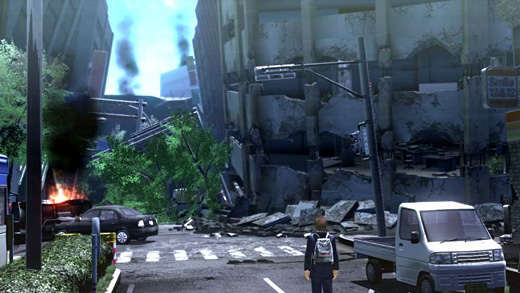 We've all heard the numbers. Billions of yen needed to repair Japan. Millions of Japanese citizens without power or drinkable water. And a nuclear reactor, that appears to be rescued from collapse on a daily basis. This makes what I'm about to write seem trite by comparison. While not as dire a consequence as lack of food, water and shelter, the Japan disaster has resulted in delays and even cancellations of major game titles.