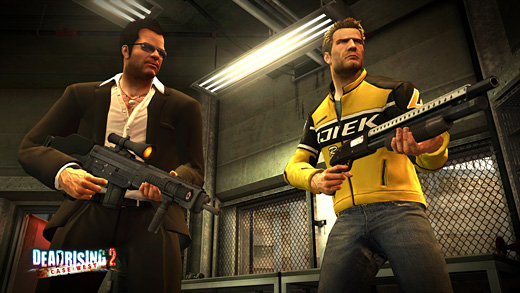 HIGH Getting to run around with Frank West killing zombies and guards.

LOW The fact that the only way I can play as Frank is by joining in someone else's multiplayer game.

WTF Why does Frank suddenly look like the love child of Dan Aykroyd and Mickey Rourke?

This Corpse Needs a Little Freshening Up 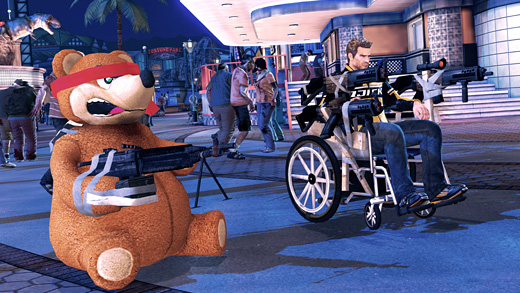 HIGH Watching all the cut-scenes with my character in a snappy tuxedo.

LOW Trying to mix life-giving drinks at a bar while getting mobbed by zombies.

WTF The amount of stuff lifted straight out of the first Dead Rising. 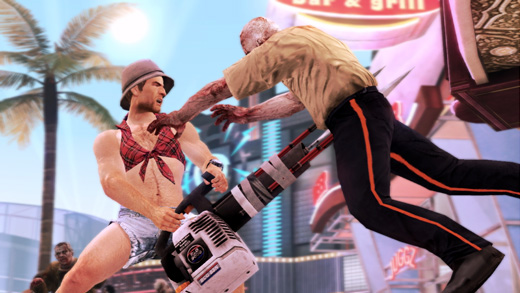 After rolling credits for both the main campaign and the Overtime mode that comes after, my thoughts about the game are basically the same—it's a note-for-note reproduction of the original with a much gentler difficulty curve and a create-a-weapon mechanic that doesn't feel like a good fit for the schedule-oriented structure of play. 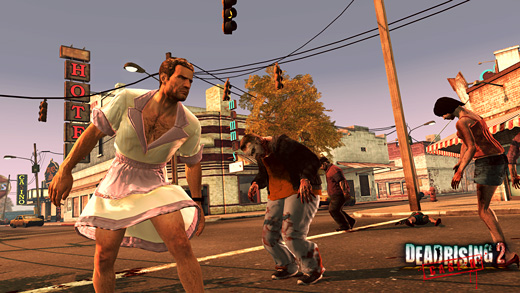 After an extended delay, I finally got my hands on a copy of Dead Rising 2. I had a fairly hot-and-cold relationship with the first one, but the recent Case Zero DLC episode got me fired up and I've been pretty eager to see what's going on with Chuck Greene in Fortune City. Unfortunately, it's not really all that much. 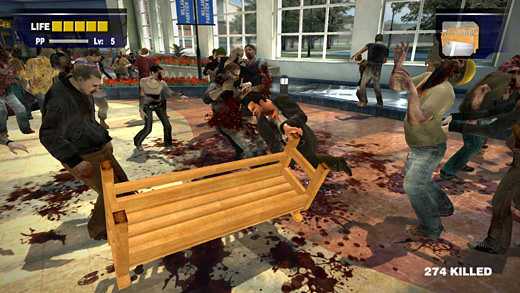 As a little change of pace—and because Dead Rising 2 is the subject of a lot of conversations at the moment—I decided to try and track down someone who's actually earned the infamous "7 Day Survivor" Achievement in the original Dead Rising. I was successful.

We're less than a week away from the official debut of Capcom's Dead Rising 2 and earlier this afternoon the company released the official full-length launch trailer for the zombie-murder simulator (where is Jack Thompson to protest this? Won't someone think of the zombies!?!?).

I've been really excited about this follow-up to the popular first game, particularly since I played Dead Rising: Case Zero a few weeks back. I can safely say, based on that experience, that Capcom has corrected many of the issues that frustrated gamers like yours truly in the first title. You can catch the new clip after the jump—I won't spoil any of its best parts here, aside from mentioning that new protagonist Chuck Greene needs an official duck tape sponsorship after his work in this game.

Dead Rising 2 lands on the Xbox 360 and PlayStation 3 on September 28th. 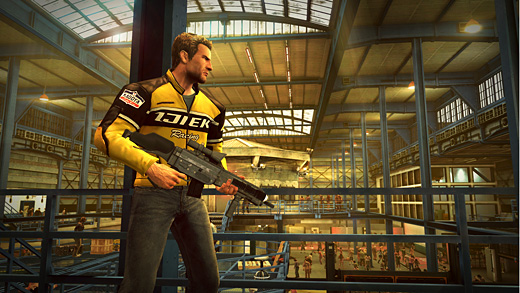 As someone who was extremely critical of the first game for its numerous shortcomings, I can tell you that Dead Rising 2 looks to be on the right track. Capcom's fixed almost all of my major issues from the original Dead Rising—and I'm excited about the prospect of guiding new series protagonist Chuck Greene through a zombie-infested Las Vegas.

Completed Dead Rising 2: Case Zero last night. I was having so much fun that I decided to go for all of the Achievements and just wrapped it up a few hours ago.

Welcome to Still Creek, Population: You 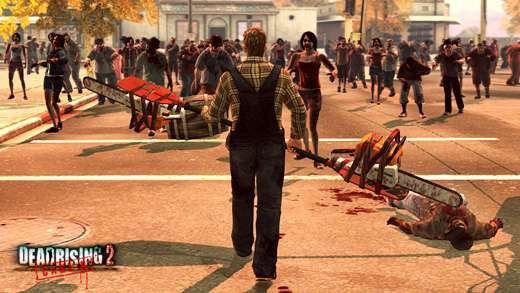 HIGH Killing zombies with the broadsword is a gory good time.

LOW Trying to guide an injured survivor back to the bowling alley only to have her defect at the alley's entrance.

WTF Watching a female zombie take a giant chomp out of Chuck's crotch. 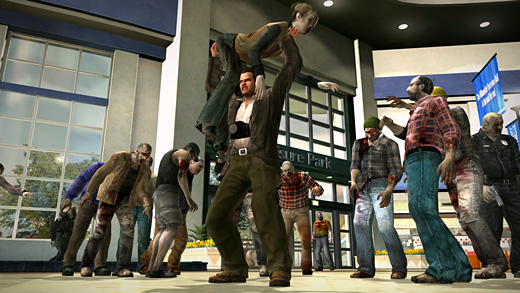