Can Plots Run on Fumes? 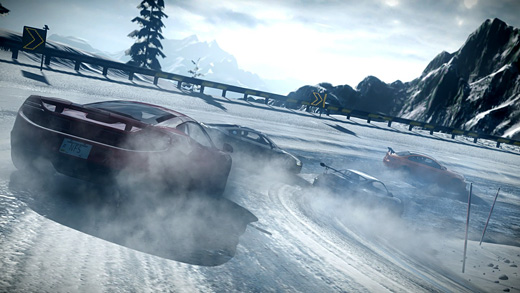 LOW What, you again?

WTF Man, I'm killing way too many people in this racing game. 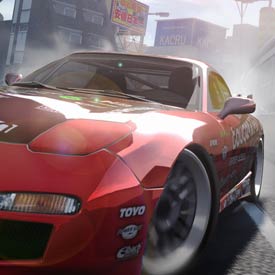 I’ll admit that I’m not especially familiar with the history of the Need for Speed franchise. My first experience with the series was with 2006’s NFS Most Wanted, an average arcade-inspired racing game with a single standout feature: Amazing police chases. The follow-up, NFS Carbon, added a couple of new modes: the mildly diverting "drift" and the frustrating "canyon chase". The police chases were back, but hamstrung by the fact that the city map was so labyrinthine in its construction that it was nearly impossible to get a good chase going.

Having not played a hockey game seriously with the exceptions of NHL Hockey and Konami's Blades Of Steel for the NES and Wayne Gretzky Hockey 64 on the Nintendo 64, about all I can add is that even a relative novice like myself found the computer's "defense" to be a bit on the easy side. Admittedly, I wasn't having my way with the computer the way Ben seems to have, but I could see that there were times when the opposing team didn't want to even show up (kind of like the Buffalo Sabres in this year's playoffs).

There's no doubting the amazing audio and visual advancements that NHL 2K so eagerly showcases. Combine those with easy-to-handle controls and solid gameplay and you have a strong case for the most enjoyable hockey simulation ever. This game gets back to the basics, whereas the most recent hockey games on PlayStation and Nintendo 64 have been following an ugly trend of overly complicated gameplay. NHL 2K is the most fun I've had playing hockey since EA Sports' glory days on the Sega Genesis.