On October 15th, XSEED was kind enough to invite GameCritics to view a few games from their upcoming catalog. I was able to get my hands on several titles being localized, and players can look forward to them being released over the next few months. Ranging from fighting games to RPGs, XSEED is bringing over a bit of everything for fans who enjoy Japanese titles. 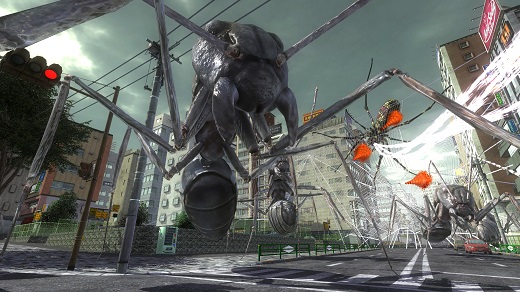 Earth Defense Force 4.1 is a PS4 remake of EDF 2025 on PS3. Upgraded for the current generation, EDF 4.1 comes with enhanced resolution and framerate, as well as twice as much content as the original.

At its core, EDF has always been about mindless swarms of aliens, robots, and insects getting blasted apart and 4.1 is more of the same. There is a dedicated group of EDF fans who have been around since the original release, and they'll be glad to know the overall formula hasn't changed much. Sure, it can get repetitive, but sometimes a bit of alien-murdering couch co-op over a couple of beers is just what the doctor ordered. 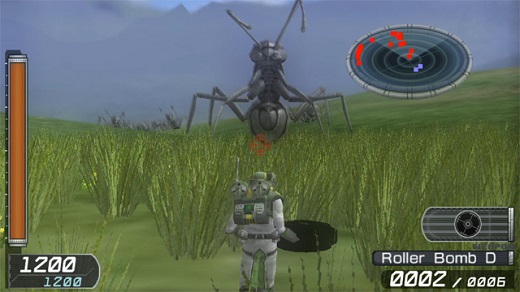 For those who prefer to do their bug-splattering on the go, there is Earth Defense Force 2: Invaders From Planet Space coming later this year for the Vita. Another enhanced remake of the franchise, EDF 2 brings the second game over to North America for the first time — Insect Armageddon doesn't count since that's actually the fourth game.

Much like EDF 4.1, Invaders From Planet Space is perfect for anyone with a few moments to kill. Turn it on, pop into a mission either solo or with up to three other players, and blow things up while stuck in an airport or waiting at the DMV. 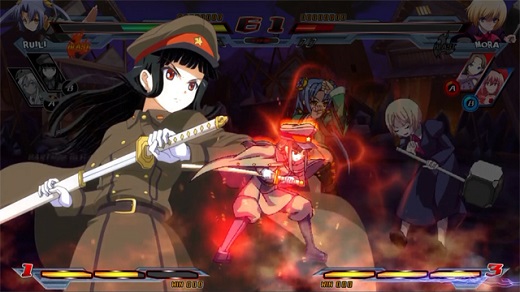 This fighting game from the developers of Arcana Heart raids Nitroplus' visual novel catalog, pitting their most popular heroines against one another. I will fully admit, my knowledge of fighting games and visual novels is severely lacking. Most of the characters were unknown to me, but I did recognize Super Sonico as she used her massive collection of cats to attack those in her way.

While I doubt Nitroplus Blasterz will come close to toppling any of the genre mainstays, it does offer up plenty of fan service for those who enjoy the Nitroplus VNs. It also features online cross-play between PS3 and PS4, so the pool of opponents to fight shouldn't be a problem when it drops this winter. 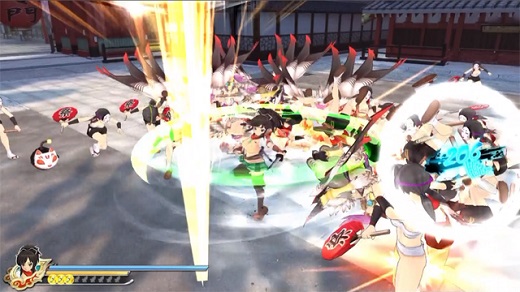 The best way I can describe SENRAN KAGURA is think of a Dynasty Warriors game with extremely enhanced jiggle physics. Coming out in 2016 for the PS4 and Vita, SENRAN KAGURA offers up plenty of… ahem… "plot" for fans of the musou style of gameplay.

While the backgrounds looked bland, it boasts more than 24 playable characters that were very detailed and, let's be honest here, they are the reason people are going to be playing this. Sailor Moon style henshin transformations and over-the-top attacks are the highlight, and SENRAN KAGURA has them in spades. 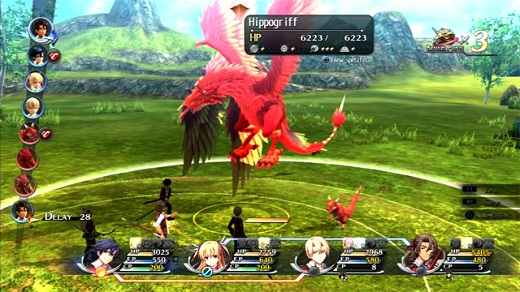 The Legend of Heroes: Trails of Cold Steel

Those looking for another JRPG to consume should know that Trails of Cold Steel is coming later this year for the PS3 and Vita. I was reminded of the most recent Tales of games when I first saw Cold Steel. While turn-based instead of real-time, Cold Steel clearly drew a few inspirations from it.

Taking place in the same world as Trails in the Sky, Cold Steel promises over 30 hours of main story and several sidequests that keep the game going well past it. In addition, it features a cross-save functionality between the PS3 and Vita so you can play at home, then take the story on the go. 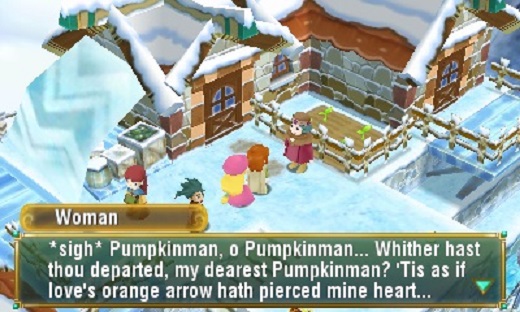 Return to PopoloCrois: A STORY OF SEASONS Fairytale

3DS owners who have felt left by this list out so far will have the newest PopoloCrois to check out in 2016. PopoloCrois is a well-established manga in Japan and has had a few RPGs crop up over the years, including one in North America for the PSP.

Return to PopoloCrois combines the setting with elements from A Story of Seasons — formerly known as Harvest Moon, but under a different name due to sticky licensing agreements — to create this adorable little turn-based RPG.  Over 25 hours of story combined with hundreds of collectable items should keep players busy for a while. In addition, a crafting system backed by A Story of Seasons-style farming setup has the potential to suck in fans for quite some time.

Once again, XSeed shows that they're looking out for their fans. Keep your eyes peeled for these titles coming soon!