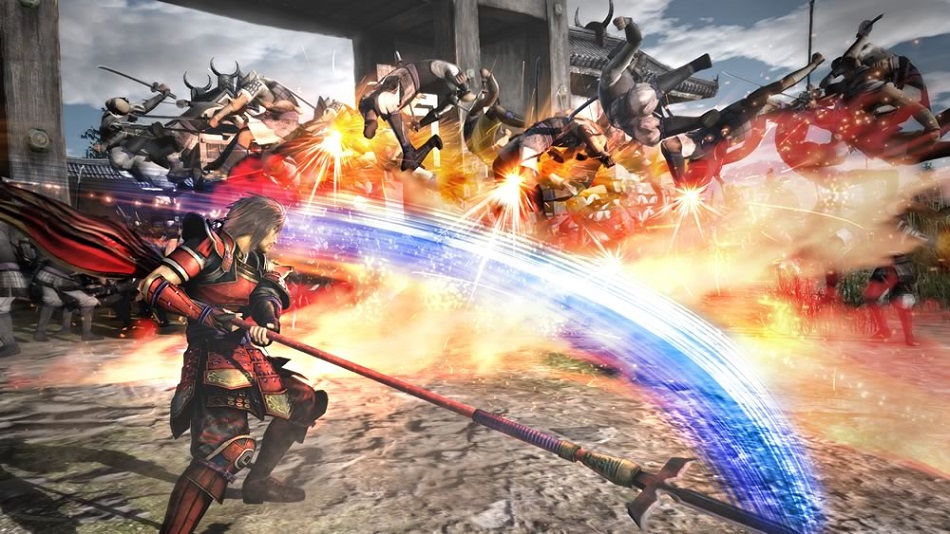 WTF I trampled you with a horse… you’re more than “K.O.’ed”

To the outside eye, every Warriors game looks the same — a flamboyantly dressed character blitzes across the battlefield and hundreds of bodies go flying in the air, repeated ad infinitum until the controller is eventually set down. That holds true here as well, but those who are well-versed in these games can spot the differences. The delightful Samurai Warriors: Spirit of Sanada doesn’t re-invent the wheel, but it does introduce just enough new concepts to make it stand out.

As far as the core gameplay is concerned, this is very much a musou game — the player takes one overpowered figure against waves of poorly trained, useless fodder with the occasional hero character standing in the way. This is where the common criticism of “All Warriors games are the same” comes from, and ultimately, it’s an understandable one. Almost every stage can be beaten by spamming one button with an occasional press of another across the map. Playing like this, however, misses the point. It’s not about completing the battle. It’s about mastering it, and getting S-ranks.

Yes, I’m an unstoppable god of war striking down everything in my path, but I’m still just one man. The key to getting a perfect ranking is being everywhere at once by knowing when to leave one fight and hightailing it over to another. It’s about remembering which combos are meant to wipe out large swaths of weaklings, and which are meant to devastate a single target. Speed and map control are also important, and while Spirit of Sanada does allow the player to swap between two heroes on some maps, it’s a challenge to be everywhere and on time.

However, I’m someone who knows these games, and there are differences in Sanada. The most notable change is that the story focuses on one family instead of multiple clans and factions. Rather than weaving a tale of multiple armies vying for control over an empire, Spirit distills the conflict down to the lives of the Sanada clan. By limiting the scope to just this family, I found myself far more invested in what was going on compared to previous musou games.

That’s not to say I’m watching Shakespeare unfold here, though — Sanada is riddled with hokey dialog and confusing motives, but this is par for the course when it comes to Warriors games. And even after being pared down to just one group, there’s still a phonebook’s worth of names and characters thrown out with little care whether or not the player knows who they are. Fortunately, there’s a large historical glossary that details who these people were, but it’s still a lot of names to keep track of. 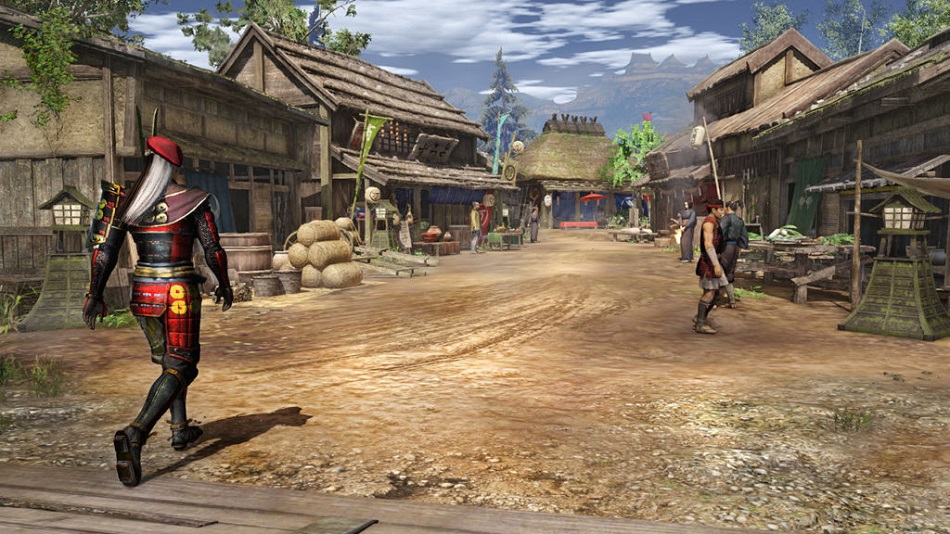 Another deviation from the musou standard is in Spirit of Sanada’s multi-stage battles. These are small groupings of levels revolving around one major conflict, each with side objectives designed to make the upcoming steps easier to complete. For example, laying siege to a castle could involve playing one map where I would cut off a supply line, another where I would scout out an area, and then the final level would be moving onto the siege itself. Depending on my actions from the previous two areas, the final assault might be considerably easier.

Additionally, the completion of side objectives earns Sanada Coins, a currency that can be spent on stratagems during battle for various effects of mixed value. Some, such as calling forth ninjas to eliminate scouts, are vital to getting S-ranks. Others, such as sending an NPC to protect a key asset, are not great since the AI is rather brain-dead at times, and not dependable in tense situations.  While these coins are capped at six, the game wasn’t stingy with them. I was almost always able to afford these little influencers, so my advice is to spend away.

The final major change to the Warriors formula is a hub-world castle town that can be visited between each battle. This more or less serves as the officers’ camp found in other games, where players can explore a small town and chat with the locals. The difference between the two is that there are several minigames here — fishing, farming, praying, and even taking comrades out to tea. None of these are remarkable, usually consisting of either a simple line of dialog or hitting X as fast as one can. They can break the battles up a bit, but the whole thing could have been cut and I wouldn’t have missed it.

On a critical note, I found the lack of an English voice track problematic. Normally I don’t take a side in the sub/dub war (I’m fine with both) but trying to read the text for a character’s cry for help or a warning of what’s coming while also taking on a few hundred soldiers was more frustrating than I normally tolerate. It’s a nitpick in the grand scheme of things, but one that I felt hampered things enough to make it worth mentioning.

A larger issue I have with Spirit of Sanada is with how noticeably old it looks. This game could have been a PS3 launch title considering how lackluster and washed-out the backgrounds are. The models for the main officers are barely acceptable, and everything else needs a massive coat of paint to bring it up to modern standards. The Samurai Warriors 4 engine it runs on is over four years old, and it wasn’t even close to being cutting edge then. Now, it’s just laughable. This obsolete tech makes the game feel like a cheap placeholder meant to get some extra cash before Dynasty Warriors 9 comes out.

When all’s said and done, Samurai Warriors: Spirit of Sanada is a fine game, but not a very memorable one despite all the tweaks. I had a blast plowing my way through waves of disposable bodies and feeling like an unstoppable juggernaut, but once the carnage came to an end, the high was fleeting. I doubt I’ll ever revisit this game, nor even remember it a month from now. Rating: 7 out of 10

Disclosures: This game is developed by Omega Force and published by Koei Tecmo. It is currently available on PS4 and PC. This copy of the game was obtained via publisher and reviewed on the PS4. Approximately 25 hours of play were devoted to the single-player mode, and the game was completed.

Parents: According to the ESRB, this game is rated T and contains Mild Suggestive Themes, Violence, over-the-top melodrama, and sinister goatees. It’s a massive war, but there is no blood — bodies fall down and disappear into nothing. Even the “kill” counter says players are just knocking people out. Overall it’s pretty tame, and is what I would consider teen friendly.

Deaf & Hard of Hearing Gamers: There are occasional audio warning alerts that ring out, but they are also accompanied by text. All dialogue is delivered via text.

this is very much a musou game

Oh, there is no denying that. Yeah, it does a few things different but in the end, they are all extremely similar to one another.

I like to crack one open about every two years, finish it, then wait another couple of years before that craving comes back.