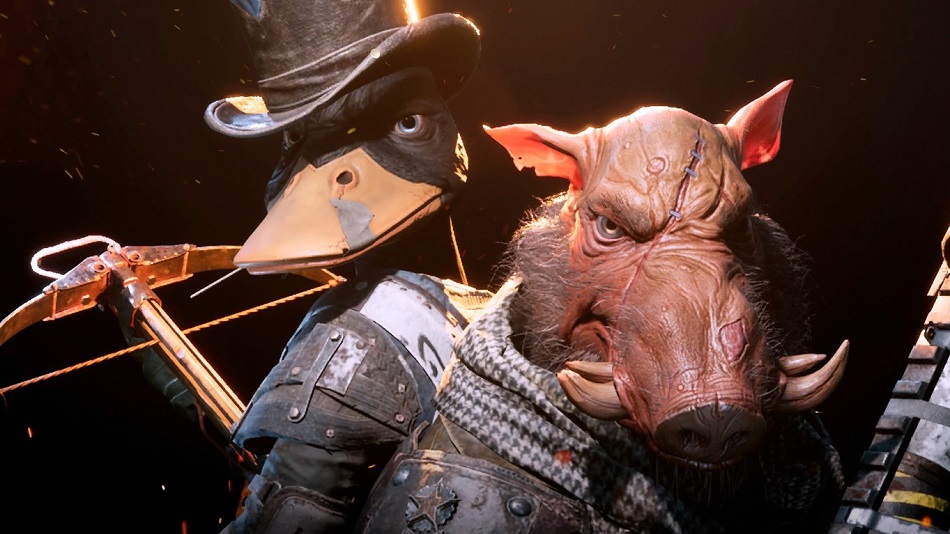 LOW The majority of mutations are lackluster.

WTF I refuse to accept “Shut the duck up” in any serious capacity.

As I said in my preview, Mutant Year Zero: Road to Eden struck me as a hybrid of Wasteland 2 and XCOM, and the final build lives up to that comparison aptly. The isometric, two-action point system of the latter works surprisingly well with MYZ’s stealth elements to make each encounter in a world reclaimed by nature enjoyable. Combine that with the absurdity and naivety of anthropomorphic animals that (mostly) works with the overall bleak tone, and I found myself with a surprisingly-entertaining turn-based strategy game.

Mutant Year Zero is set in a world where humanity was wiped clean from the Earth due to war, pestilence, and disaster. In their place, mutants rose up. A few look almost normal – a person with a horn here, a few scales there — but some are far more animalistic, as was the case with the first two members of my group, Dux and Borman. This duck and boar duo are Stalkers functioning as scouts and troubleshooters for the Ark, their home and the last bastion of the previous civilization. Stalkers scout the ruins of post-humanity Sweden for critical supplies to keep the Ark running.

This demand necessitates frequent and often dangerous trips into the dilapidated ruins of humanity known as the Zone. The Zone itself is broken up into many smaller maps, roughly double the size of a standard XCOM level. Unlike XCOM, however, there’s more than just combat involved. Exploration is just as important as fighting, and littered through each area are scraps, weapon parts, and even the occasional artifact from days gone by. 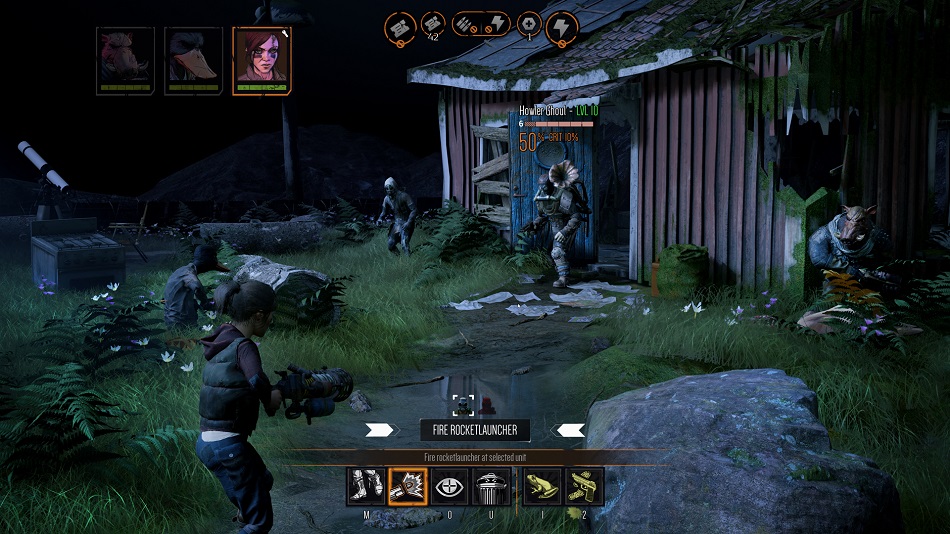 Scrap is the basic currency of the world, used to buy new gear and items while weapon parts are utilized to improve current weapons up to three times. Even artifacts have a tangible reward beyond the humorous explanations for what in the world a “Boom Box” might be. Finding enough of this clearly “dangerous” technology gives permanent upgrades like improved carrying capacity or increased damage, as well as giving an interesting window of insight into how the mutants view their predecessors.

When combat inevitably happens, it’s almost never advisable to run in guns blazing. Loud noises draw more combatants into the mix, and a group can quickly be overrun if they aren’t careful. Instead, MYZ allows players to enter a stealth mode. This turns off the group’s flashlights and slows them down to tiptoe speed, thereby reducing the likelihood of being seen. From there, they can either sneak past a group that’s too tough or get into position for an ambush – one button switches the controls from free-roam into the grid-based movement more common in turn-based strategy. Then, simply pick off isolated targets with silenced weapons (like crossbows or needle guns) before moving on.

When the shooting starts in earnest, it mirrors the two action-point trend that’s been popping up ever since XCOM made it popular again. Stalkers can move/fire, move/move, move/reload, and so on. Unlike XCOM, however, the chance-to-hit is simplified. Each shot will have a 0, 25, 50, 75, or 100% chance of connecting, which in turn eliminates the frustrations of missing that 98% chance shot at point blank range. It’s something I want to see in more games, and while it could be a mathematical illusion, it’s a welcome one.

Of course, as I said earlier, being loud can potentially pull the entire map. Avoiding this means using silenced weapons are mandatory, but this leads to one of the largest drawbacks in Mutant Year Zero.

As events progress, everyone starts to grow in power at a steady rate – allies and foes alike. The same can be said for the player’s ‘loud’ weapons, but not the silenced ones. Would-be targets become too strong to take out in a single volley, giving enemies ample opportunities to alert their allies and make stealth non-viable in the late game. By then I was strong enough to fight back the hordes, but it’s a damn shame to see such a promising mechanic tossed aside halfway through the campaign due to poor balancing. 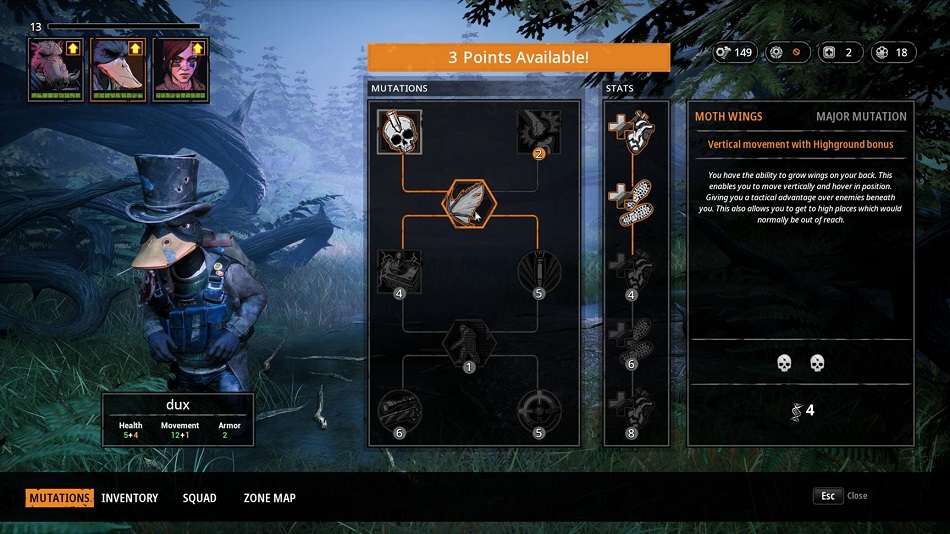 Apart from silenced weapons that can’t keep up, my biggest gripe with MYZ is that it’s too lean for its own good. Of the five Stalkers that comprise the full team, only three can be used at any one time — multi-member maneuvers with the whole group are impossible. Compound this with skill trees that are all fairly similar, and by the time I had my full roster, I had little reason to swap anyone out. Yes, each character does have a few unique skills here and there (like Borman’s single turn of invincibility) but the skill trees are more like skill shrubs. Once my team was dialed in, that was that, which means two of those characters are basically going to waste.

Character skills aren’t the only things that lack depth, either. Everything about MYZ could use some a bit more stuffing. By my count, there are less than ten enemy types, several of those just the same creature with weapons swapped. The variety in maps is a bit lacking as well, with most looking more or less the same from the first area until the last act. I enjoyed finding notes, artifacts and recordings from the people of the old world, but there just isn’t enough of them to scratch the itch that exploring a wasteland creates.

It’s odd to want more from a game when so many this year feel bloated beyond reason (looking at you Assassin’s Creed Odyssey) but when I was finished with Mutant Year Zero: Road to Eden I was left unsatisfied. I absolutely enjoyed what I played, but if there were half-a-dozen more zones to explore, or if I could control all five members at once, or the skill trees were twice as deep, or maybe if there were more varied environments, or more weapons, or… or… or…

As it stands, MYZ is an excellent game that carved off too much meat when trimming the fat. It’s a delicious dish, but it might leave one hungry for more. Rating: 8 out of 10

Disclosures: This game is developed by The Bearded Ladies and published by Funcom. It is currently available on PC, PS4, XBO. This copy of the game was obtained via publisher and reviewed on the PC. Approximately 15 hours of play were devoted to the single-player mode, and the game was completed. There are no multiplayer modes.

Parents: This is rated M by the ESRB for Violence, Fowl Language, Strong Language, Suspicious iPods, and Blood. While there is nothing purely “human” anymore in the game, many human-like figures get gunned down through the course of the story. There is nothing overly gory in the game, but it does have its fair share of blood and many instances of cursing throughout.

Deaf & Hard of Hearing Gamers: The game is subtitled throughout with the same color font. The font size cannot be changed. Of special concern is that with stealth being important in some parts of the game, one of the ways MYZ notifies the player of enemies ahead is by characters talking with one another. While their dialog is also subtitled it can be delayed from their actual speech. The few seconds I’ve seen this take can mean the difference between spotting the patrol or stumbling into and alerting them. 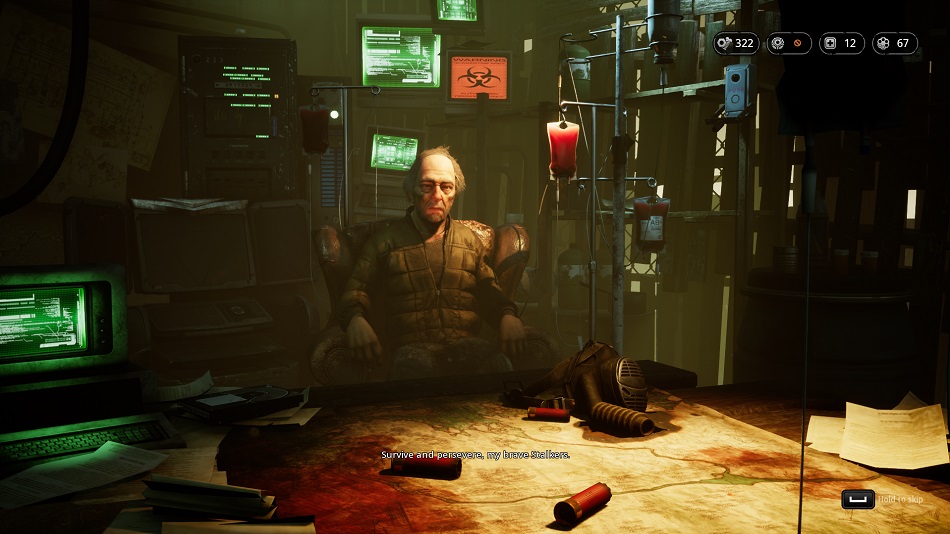 Remappable Controls: The game is fully remappable with a mouse and keyboard on PC. 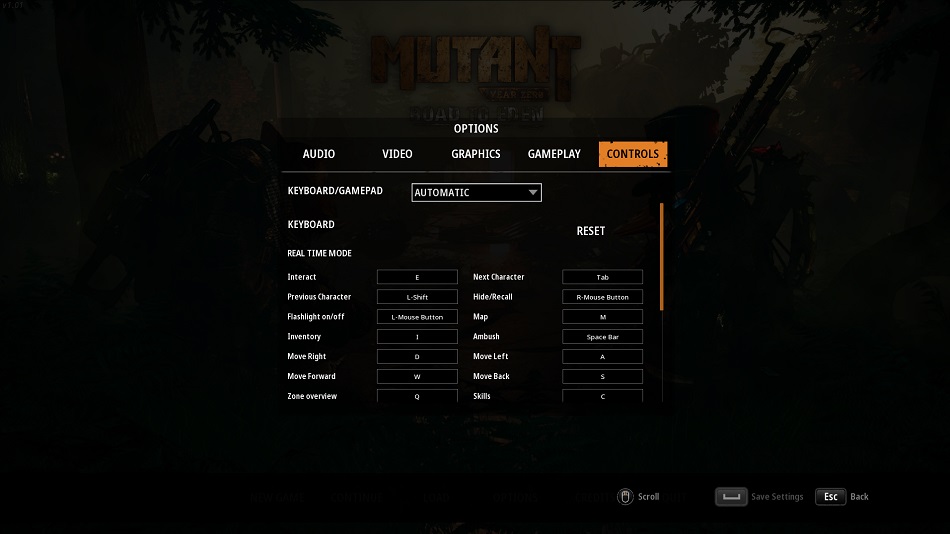