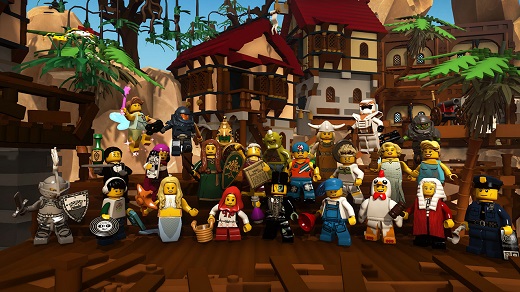 The recently-released LEGO Minifigures Online from Funcom is an MMO aimed squarely at kids. Now that it's out, Gamecritics was invited to get a hands-on test to see the changes the devs have made since it was first announced.

First things first — while an older crowd can play, the fact of the matter is that it's just not for us. Diehard grownup blockheads might be a tad disheartened to hear this, but parents should take note that Funcom is doing what it can to make the game a safe space for aspiring little builders.

For example, the devs have ditched the previous free-to-play model in favor of a more traditional ‘buy once, play now' strategy — a blessing for parents loathe to insert their credit card numbers into any system that can rack up hundreds of dollars with only a few eager clicks. One flat purchase of LEGO Minifigures Online is now all it takes to get going — a significantly less predatory system than before.

The gameplay could be considered "simplistic" by most MMO terms, but accessibility is the goal here. All of the 100+ collectable minifigures have two basic actions, each one fitting the style of the character. Some are player-centered area-of-effect attacks, others are ranged blasts. It all depends on which LEGO figure is being controlled at the time. 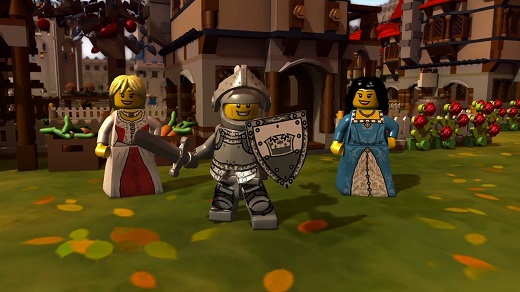 There's plenty of tie-in with real-world LEGO Minifigures as well. Much like Nintendo's Amiibo and Activision's Skylanders, Minifigures that are bought in any brick-and-mortar store can be added into the game. However, instead of reading microchips inside the toys, each figure comes with a code that can be entered to unlock that specific character in-game.

Keep in mind, while I said that the general formula could be considered simplistic, that doesn't mean teamwork doesn't factor in. I almost died several times during a boss fight because I wasn't paying attention and trying to brute force my way through. In hindsight, this fight would have gone a lot smoother if I had cooperated with the other person playing with me at the time. Expect teamwork to be a theme.

Speaking of teaming up, parents will be reassured by several safeguards that have been put in place for privacy and protection. For example, all chat is moderated to keep unsavory elements away. Friend codes, while notoriously unwieldy by design, are also in place to make sure players won't get unsolicited whispers from people they might not know.

All-in-all, LEGO Minifigures reminds me of a Diablo III for young kids: It's similar in structure, but much more family-friendly since it lacks all the blood and gore. Anyone interested in checking it out can find it on PCs, Macs, iOS, and select Android devices right now.