Flash In The Pan 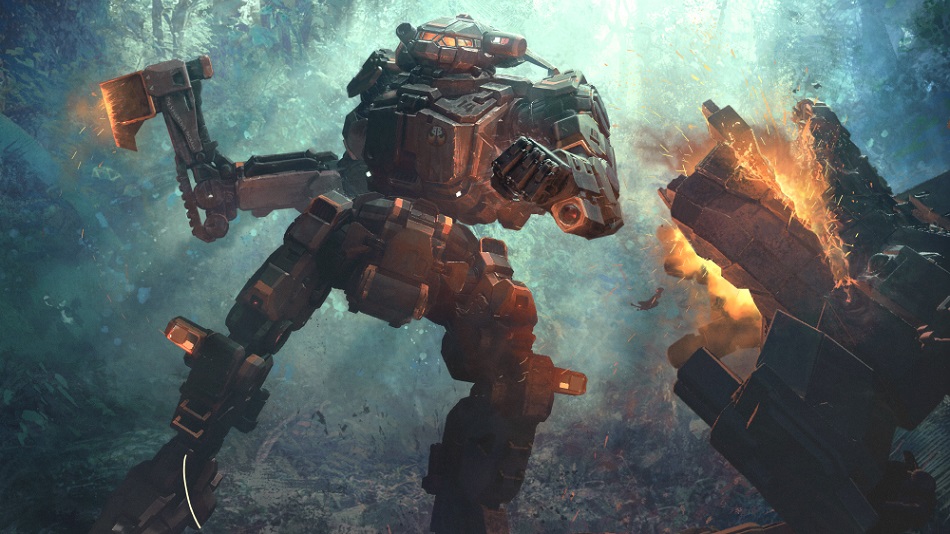 HIGH The choices offered in the Flashpoints.

LOW Feels more like a bulky patch than an expansion.

WTF My urge to have a King Crab mech lead a lance of Crab mechs.

Battletech: Flashpoint is the first of a triptych of expansions for Harebrained Schemes’ excellent mech combat game. (Dan Weissenberger’s full review of the core campaign can be found here.)  Flashpoint brings a new environment to fight in, a small complement of new mechs, a new mission style, and the eponymous “Flashpoint” missions that are bite-sized chunks of story peppered throughout the Inner Sphere. While all of these additions are good ways to expand the post-game content, it falls a bit short of feeling like a full expansion.

The biggest addition are the flashpoints themselves. These mini-campaigns are a series of interconnected missions contracted out by the larger houses, usually having to be carried out in rapid succession so that there’s no downtime between them to repair and refit. While these flashpoints don’t allow for pit stops, they did let me swap mechs between each stage, so having a healthy stable of ready-to-go death machines and pilots to operate them is a must. The risk of failing these missions can be high, but the payouts are generally amazing with a ton of C-Bills, Assault Mechs, or highly-cherished Star League Lostech.

The flashpoints also feature a few branching paths that will influence mission structure. For example, one offered me the chance to go up against a moderately superior force or risk waiting to see if conditions changed. Going with the known means it’s going to be a hard fight, while waiting could mean some of the opposition will spread out and be easier to pick off… or they might get reinforced, and the skirmish would be even harder. 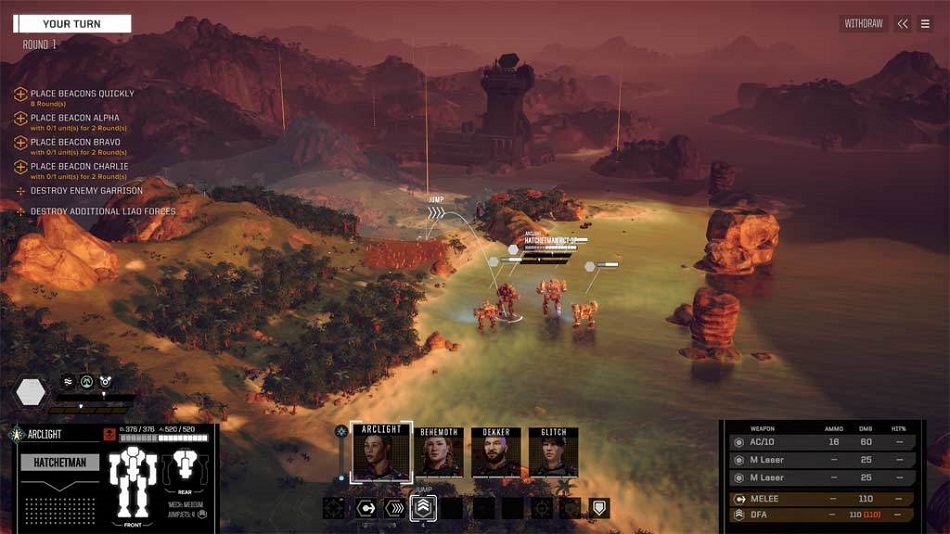 Another flashpoint had my contractor skip out on payment after he set me up on a wild goose chase. I was given the choice to do another job for no extra pay, go after him and force the issue, or just cut my losses and call it quits. Going after the duplicitous noble seemed like a no-brainer, but that came with a massive hit to reputation with his faction, which in turn drove up costs when buying from them and also lowering rewards for their future contracts.

There are several flashpoint missions and HBS promises at least 30 hours of content. I’ve worked through five of them myself, which took me about ten hours. These are excellent little self-contained stories, but I wish they were longer in scope beyond the average two-mission timeframe it takes to complete them. They feel more like what the original Battletech‘s side missions should have been from the outset, instead of something kept aside as expansion content.

Flashpoint also tosses a few new mechs into the game. The melee-focused Hatchetman, the Medium-class Crab (or Mister Krabs, as I call him) and the Assault-class Cyclops. Mister Krabs and the Cyclops don’t quite fit any role that I didn’t already have covered, but a Hatchetman equipped with a few arm-mods can be a potent melee brawler, even if it’s a bit too situational for my tastes. 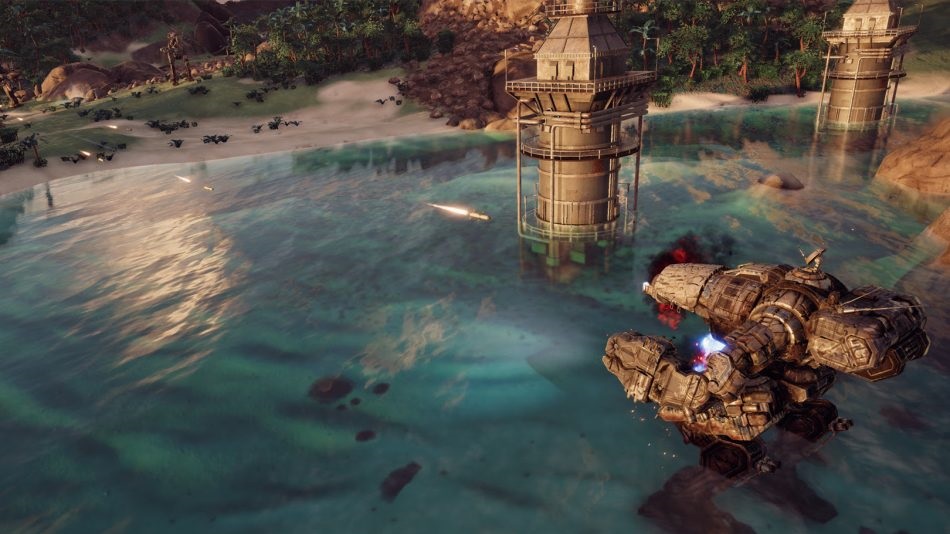 There’s also a new style of mission to add to the existing types in the form of Target Acquisition. This style of map gives those dust-covered light and medium mechs something to do other than take up space since the goal is to hold multiple points on the map at the same time. Mobility is key here, and heavy behemoths just aren’t cut out for that kind of speed. It’s a great excuse to add more variety to the mech bay loadout, but like so much of this add-on, it’s neat but not really notable.

Finally, a new biome is introduced in Flashpoint — the tropics. In Battletech, each biome comes with a set of modifiers that can influence tactics. The tropics, for example, will give a 10% overall heat reduction benefit that allows for faster cooling. Also found in this new environment are spore clouds which add to evasion at the cost of potentially having armor stripped away from corrosive side effects. Jungles also add a nice change of scenery with verdant locales, especially when compared with traditional wastelands, deserts, and icescapes that most of the action centers around. It’s a nice addition, but ultimately one that feels more cosmetic than anything else.

Overall, Flashpoint doesn’t offer anything that will pull new players in — almost everything in this DLC is geared toward end- or post-game content, and this is its underlying problem. If all of these elements were mixed in with the single player campaign, they’d be nice flavor in the otherwise-dull side content. However, since this DLC seems tailor-made for people who’ve already finished the story (like me) there just isn’t enough to hold my interest. Perhaps when the other two planned DLCs drop, the blend of all three additions will justify the $50 season pass (or $20 for Flashpoint alone) but right now there just isn’t enough of it. Rating: 7 out of 10

Disclosures: This game is developed by Harebrained Schemes and published by Paradox Interactive. It is currently available on PC. This copy of the game was obtained via Publisher and reviewed on the PC. Approximately ten hours of play were devoted to the DLC. HBS estimates that there are roughly 30 hours of content here, but it’s all randomized where and when it shows itself and thus impossible to gauge exactly how long and how many missions there are.

Parents: This game is not rated by the ESRB. Based on my experience it contains strong language, drug references, shows violence against machines, implies and discusses violence against humans (but almost always off-scene) and use of alcohol. Essentially, the gameplay is about giant robots shooting at each other, but the universe and lore can be bleak and deal with themes such as revenge, murder, and betrayal. In my judgement, I would say it’s a strong T game.

Deaf & Hard of Hearing Gamers: I spent most of my time playing without in-game sound or music and had no issues arise. All the dialogue is transcribed as text, save for the occasional quip a pilot will give such as “I’ve been hit” or “I got a lock” which are not subtitled.

Remappable Controls: The controls are fully remappable on a mouse and keyboard.