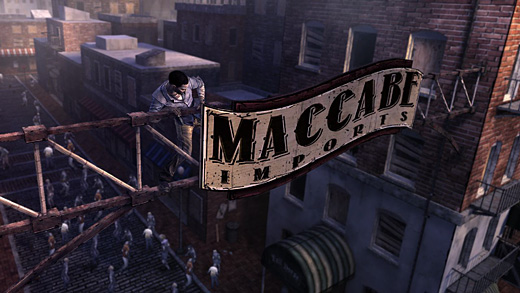 Spoiler Alert: This article contains spoilers for The Walking Dead.

World War Z and The Walking Dead take a similar conceptual approach to the zombie apocalypse, but have fundamentally different views on human society. The basically optimistic World War Z suggests that social problems are a surface malady that the zombie apocalypse would strip away, letting the moral strength of mankind ultimately show through triumphantly. The Walking Dead, on the other hand, sees social order and altruism as artifice, a contortion of natural human behavior that falls apart once the zombies consume the social mass that held it in place.

This dichotomy predates Robert Kirkman and Max Brooks. The political philosophies of Rousseau and Hobbes were part of a similar debate centuries ago. Kirkman takes Hobbes' side, and this is evident in The Walking Dead's series of would-be hegemons. That's most obvious in antagonistic groups like the Woodbury colony (and by implication in Crawford), but it's also characteristic of the survivor groups the reader is expected to root for. Rick Grimes, Lee Everett, and even Hershel Greene are strongmen too.

Mostly, they fail at it. Hobbes promises a state of nature in which people's lives are "solitary, poor, nasty, brutish, and short." The strongmen of The Walking Dead usually manage to stave off "solitary," but the rest comes true. The world of The Walking Dead is not fighting its way back towards a bright new dawn for humanity. Rather, humankind is clinging to its last few moments of life. Grimes makes that point explicitly in the comic:

You people don't know what we are. We're surrounded by the dead. We're among them—and when we finally give up we become them! We're living on borrowed time here. Every minute of our life is a minute we steal from them! You see them out there. You know that when we die—we become them. You think we hide behind walls to protect us from the walking dead!

Don't you get it?

We ARE the walking dead!

We are the walking dead. 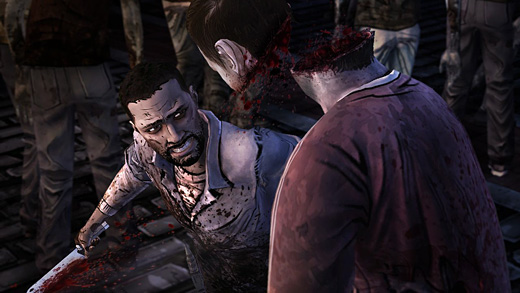 That's why it doesn't bother me that the player's choices in The Walking Dead don't really matter. Or, at least, they don't matter in they way that they appear to. The game seems to offer Lee a choice of helping Duck or Shawn, but the reality is that Lee can't save anyone. Shawn dies, and Duck survives for a while, no matter what the player chooses to do. Choosing between Carley and Doug is similarly futile. One dies, and the other lives, but for how long?

Lee's choices don't change the world, or alter the fundamental flow of the story. He can do nothing to keep the drugstore safe, preserve the motel stronghold, or prevent the treacheries in Savannah. If those are the kinds of choices that "matter," then Lee's decisions don't. But decisions that mattered in that way wouldn't really fit the themes of The Walking Dead. It's not a world where a man ultimately has any real power to save anyone.

But the choices in The Walking Dead aren't really about changing the world, they're about changing Lee. The player's choices define who Lee is, whose company he values, what principles he chooses to uphold. The world reacts to those decisions, in subtle ways that either reinforce those decisions (for instance, in the developing friendship with Kenny) or play off them (as in the case of Duck's fate). The player's choices matter because they establish a context for his emotional connection, through Lee, to the game world.

This connection reaches its highest point in the final moments of No Time Left. As he sits dying in a jewelry shop, Lee talks Clementine through the process of retrieving keys and a weapon from a trapped zombie. He tells her to grab certain tools, to interact with certain objects. What Lee is doing with Clementine is what we, as players, have been doing with Lee. In this moment, he is us.

In the end, Lee chooses whether Clementine leaves him to become a zombie, or shoots him in the head. Clementine's choice doesn't "really" matter either. She can't choose for him to live, to leave that room at her side. All she can choose, all Lee can choose, all we can choose, is who she will be when she walks.