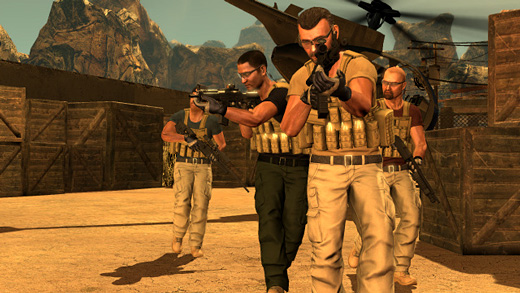 Fundamentally, the bodyguards' mission differed from that of the U.S. military, noted Hammes. "The contractor was hired to protect the principal. He had no stake in pacifying the country. Therefore, they often ran Iraqis off the roads, reconned by fire, and generally treated locals as expendable." Yet Iraqis saw them as acting under American authority. "You have loosed an unaccountable, deadly force into their society, and they have no recourse."

The annual Electronic Entertainment Expo has ended but produced a deluge of coverage and critique as journalists and bloggers debated the merits of this hotly-anticipated sequel and that oddly-named, overpriced new platform. All the games got some coverage, but many sank beneath the tide of information. The announcement by Backbreaker publisher 505 Games' upcoming "FPX" Blackwater seems to be one such. For those who recall the outrage that greeted the announcement of Atomic Games' still-unreleased Six Days in Fallujah this might come as a surprise. Blackwater Worldwide (now renamed Xe) was one of the most infamous of the private military contractors employed in Iraq, involved in several incidents that remain a sore point with Iraqis, and has been accused of violating both federal and international law. Yet the mainstream press, which frothed at the mouth at the thought of a legitimate attempt to portray the struggles of actual U.S. soldiers, seems content to let slide a game where you play as a mercenary in an organization that has murdered civilians and smuggled weapons, doing real harm to U.S. interests in the process. 505 Games does not owe the world a game that criticizes Blackwater, but it should produce a game that engages criticisms of the organization in a more-than-superficial way.

I say this despite, obviously, having strong opinions about Blackwater and other companies of its ilk. I happen to believe that there is a correct perspective for interpreting the behavior of Blackwater in Iraq and elsewhere, and it is not one that agrees with any celebration of the company or its employees. I believe that contracting with Blackwater was one of many terrible decisions in an ill-conceived and stupidly prosecuted war that needlessly spilled American and Iraqi blood, with little gain for anyone. 505 Games, however, does not owe me a game that reinforces my beliefs.

Nor is it likely to produce one. Blackwater founder Erik Prince, no social butterfly, was on hand at E3 to talk up the game, and 505 Games President Ian Howe has been quoted as saying, "The Blackwater team is comprised of an amazing group of individuals and we’re proud to work with them to create a video game that showcases their talent and courage." This does not suggest the creation of a game that criticizes the use of PMCs in general or the operations of Blackwater in particular. That does not mean it can't engage in a serious consideration of those questions. 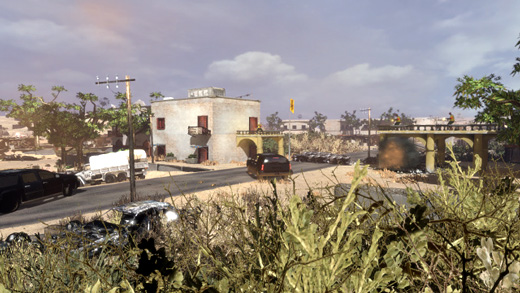 I say this because I don't believe that Erik Prince is a Saturday serial villain, twirling his moustache as he plots world domination with the Rothschilds. Nor do I believe that Blackwater's employees are evil people who walked into Iraq with a lust for blood and a desire to blow away every civilian they saw. Blackwater's crimes in Iraq were part of a chain of events where mistakes and evil deeds were performed plentifully by all sides. Remember, Blackwater first became publicly known as victims due to the events of March 31, 2004.

The Blackwater vehicles ran into a well-prepared ambush that had been set up the day before… The four American contractors were attacked near the center of town, hit by fire from AK-47s and RPGs. They were dragged from their car, beaten, and dismembered. Two of their torsos were dragged westward and hung from the girders of a bridge over the Euphrates on the edge of town, then taken down and tossed on a pile of tires to burn while crowds cheered and crowed.

Private contractors suffered tremendous numbers of casualties in Iraq, and the full tally may never be known due to dodgy reporting. An inability to properly distinguish civilian from combatant was hardly a problem unique to contractors, nor was it one Iraq's insurgents made any effort to avoid. In that atmosphere of danger and paranoia, knowing that there might not be anybody coming to help you if you were attacked, a person can make terrible mistakes. I don't believe that exculpates Blackwater. However, it's a perspective that at least tries to make sense of what Blackwater did, and it's a perspective that games can communicate very effectively. I think 505 Games owes us that.

The "just a game" crowd will, of course, ask why Blackwater has to engage these questions. Some will say that the game isn't making any kind of statement and should be accepted as entertainment. Allow me to be very clear about this: uncritical celebration of Blackwater Worldwide is a statement, just as uncritical celebration of the U.S. military is a statement, and games that demonize North Koreans are a statement. Taking sides with a real-world entity, making a game that shows off the "talent and courage" of Blackwater's "amazing individuals", is making a statement. Particularly, it is making a statement of unbridled praise for a controversial, even criminal organization. That needs to be acknowledged.

If 505 Games publishes a game that's pro-Blackwater or pro-PMC, I'll disagree with it, but I won't despise it, not just for that. As long as it engages the issues, even if it comes down on what I feel is the wrong side, I can at least respect the game. What I cannot, and will not, respect is a game that places Blackwater mercenaries as brave defenders of American interest on a rah-rah adventure to save the world. Unfortunately, that's the game I think Blackwater will be, but I'm willing to let 505 Games prove me wrong.