Keep It A Secret 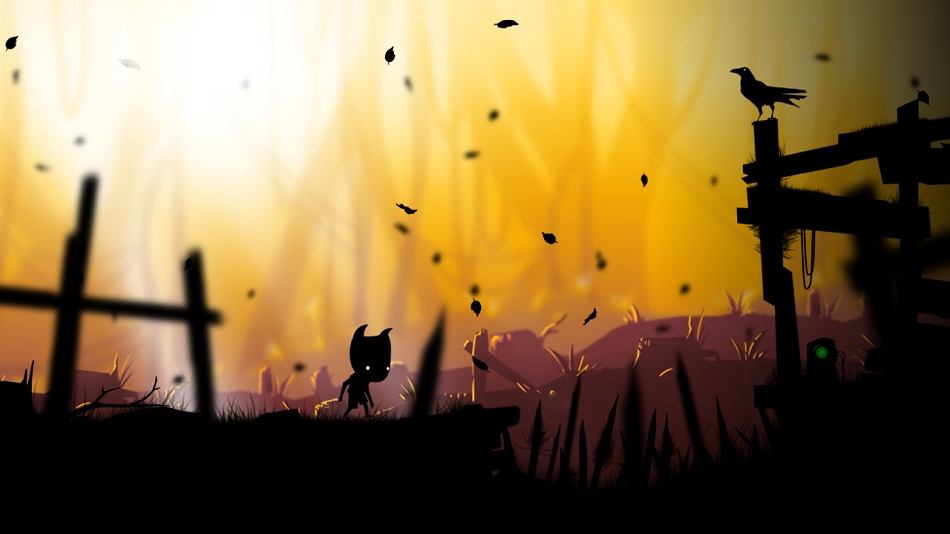 HIGH The game wasn’t too long.

LOW An arrow shot me through a rock. Twice!

WTF Why do big, red-eyed creatures with weapons run away from this tiny unarmed dude?

I don’t like to use the word “clone” to describe a game. It’s a term that strikes me as automatically pejorative; an insinuation that a work blindly copies something successful without understanding its actual strengths or weaknesses. “Clone” is also a way of describing games that frequently elides the subtle work of adapting successful play language to a new context, often without providing much insight into how the follow-up actually does it.

Why am I giving all of this preamble? To show that when I say Toby: The Secret Mine is a Limbo clone, I use the word intentionally, carefully, and as an indictment.

The aesthetic and design of The Secret Mine alone should have made this pretty clear. We have the levels composed of silhouette, and the small silhouetted figure traversing them. True to Limbo, the character Toby cannot move swiftly or jump far, although his leaps have the floatiness endemic to bargain indie platformers. Toby also has a tendency to stick to ledges when the leap is slightly off target, hanging in midair until a waggle of the control stick lets him fall.

The larger ethic of design should also be apparent. The Secret Mine wants the player to wander Toby across a level until he runs into a thing that kills him. Of course the game repeats Limbo’s trick of “this pressure plate kills you, this pressure plate keeps you alive” in a few different varieties. It also introduces a few situations where stepping on one piece of ground is fatal but stepping on another, indistinguishable piece of ground is safe — and in fact, necessary. 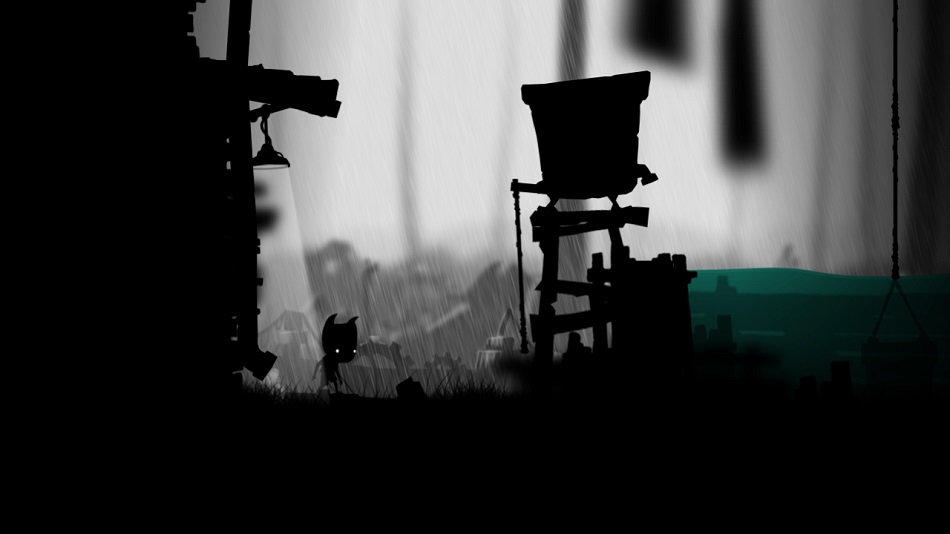 How can I complain about this sort of thing when I, after all, mostly liked Limbo? In that title, I felt the randomness and unpredictability of the levels was contextualized as a depiction of the world’s dangers as seen by a child; a game version of that photo where energy drinks and bleach are on the same store shelf in similar bottles and have the same lurid colors. The Secret Mine lacks that context and would only be a weak imitator even if it possessed it.

Instead, The Secret Mine withholds information as a cheap trick to cause easy deaths that rack up in a counter on the title screen, and withholding information is the only trick the game has. The information it tucks away most carefully is the layout of the levels. Areas that are easily accessible and that should be visible to Toby are blacked out until he enters as an irritating way of adding challenge to otherwise straightforward stuff. Areas both large and small are hidden beneath breakable floors that can only be detected by a creaking beneath Toby’s feet, and as there is no visual counterpart, this game may be impossible for deaf players.

This hiding of information is occasionally compounded by shoddy code. I spent some time stuck on a puzzle where Toby is supposed to use rocks to both trigger and protect himself from automatic arrow launchers. Yet each time, arrows shot him through the rock. It took quite a while to realize that I was using the right strategy and that I could survive by running away from the rock at exactly the right moment. Worse, The Secret Mine has two of this puzzle in sequence with no save point between, and both of them had the same problem. While solving this mess, Toby also died repeatedly from an arrow that passed over his head.

I can’t make too much of the annoyances of the poorly-tuned jumping or terrible collision model. Even if The Secret Mine had rock-solid code, that foundation would be supporting an edifice of sand. Toby: The Secret Mine adds nothing of value to Limbo’s formula and accomplishes far less artistically than its progenitor. Even if it were better to play, there would still be no reason to play it. Rating: 2 out of 10

Disclosures: This game is developed by Lukáš Navrátil and published by HeadUp Games. It is currently available on PC, Android, PS4, XBox One, and WiiU, of all things. This copy of the game was obtained via publisher and reviewed on the PS4. Approximately 3 hours of play were devoted to the single-player mode, and the game was completed. There are no multiplayer modes.

Parents: According to the ESRB, this game is rated E10 and contains Fantasy Violence and Mild Blood. Toby faces the usual array of platforming deaths — spikes (some of them slightly bloody), crushing, long falls, drowning, and so on. None of this looks particularly gory and the game is probably fine for the designated age group.

Deaf & Hard of Hearing Gamers: Toby has no dialogue but certain areas where the floor is breakable can only be identified by a quiet creaking noise. As correctly identifying these areas is necessary in order to proceed, I am not confident that a deaf player could complete Toby.

Colorblind Modes: There are no colorblind modes available in the options. Some dangerous things in the game are colored red, but players should mostly be able to recognize the danger from their shape.

Hi, how did you passed by the second rock and arrow puzzle. I tried this over 100 times and i got shot every time. Even when the arrow didn’t actually hit me.

I got stuck on this part as well. Watched a few walkthroughs and that didn’t help as they breezed through this part without any issues. I was about to give up until I tried again. Push the second rock until it triggers the arrows, run away to the right. Grab the key jump up onto the rock, trigger the light sensor again and run way to the right again (one arrow from above will fire). Then walk up to the edge of the second rock, jump over it and keep jumping until you reach the other side (you should be… Read more »