The subject of this installment: STRAFE, developed by Pixel Titans and published by Devolver Digital. 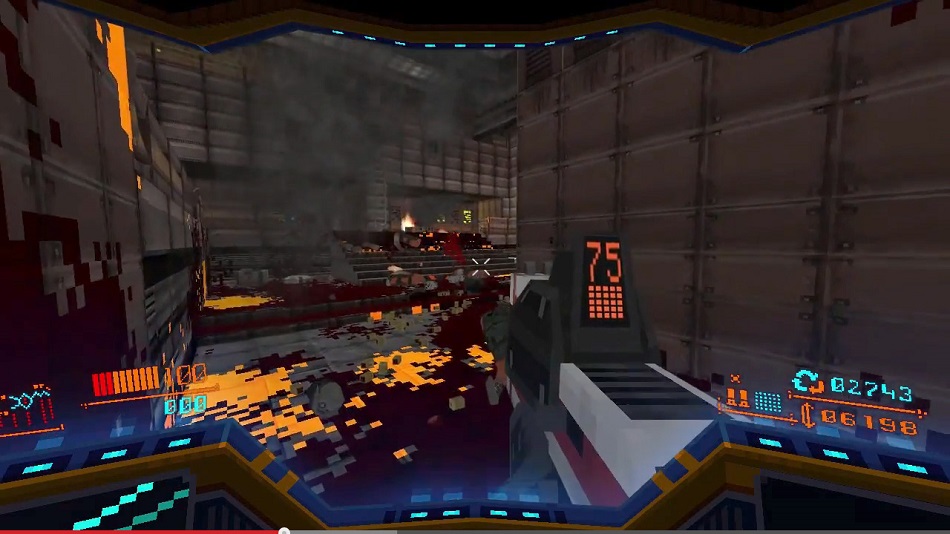 This is not a review of STRAFE because I hate this game and don’t want to play it any longer. I especially don’t want to try and finish it. STRAFE is an effort to recapitulate the shooters of the 90s with a roguelike structure, but it falls short in every conceivable way.

The most immediately apparent problem is that the game is hideous. A chunkily-pixelated diegetic cockpit menu and pitch-perfect VHS-styled tutorial raised my hopes, but once I hit an actual level, my eyes were miserable. Absolutely amazing things were done with a bare minimum of pixels in the great shooters of the 90s, so there’s no excuse for the vast gray ugliness of STRAFE’s levels.

Their structure also leaves much to be desired. STRAFE builds each of them procedurally from a library of rooms that are then strung together, much as in Tower of Guns. However, this design is at odds with the coiled and webbed level designs that were a hallmark of the great 90s shooters. Each level is instead totally linear, though the confusing topologies and irritating dead ends attempt to disguise it. 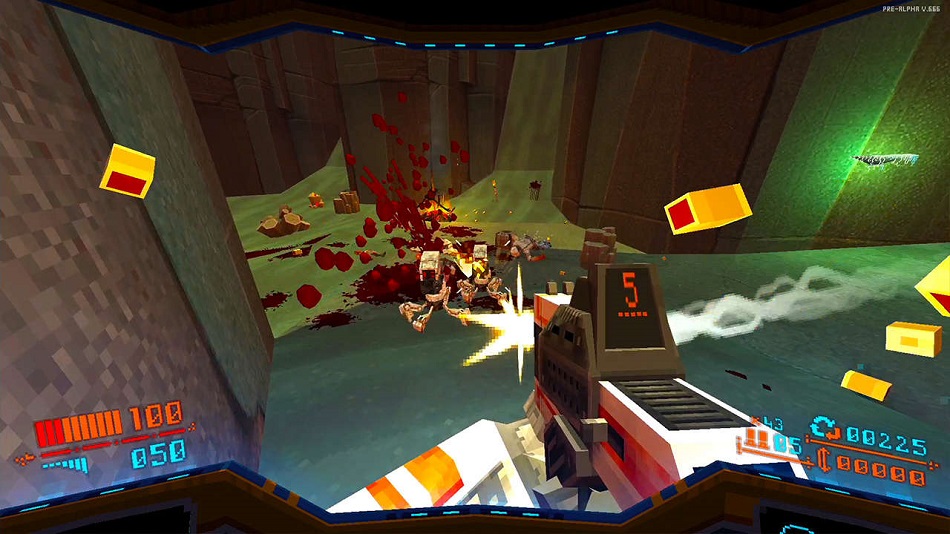 Within each room, a huge array of bone-stupid enemies await. The game has melee and ranged foes, but seemingly only one kind of AI — once alerted, every enemy will charge at the player at top speed. This leads to incredibly boring encounters where foes run one after another into the player’s meat grinder, with injury and death usually resulting from an inability to escape while reloading, or an unseen rear attack – one of the game’s favorite tricks is to open up a big room full of enemies behind the player. Encounter pacing is, of course, non-existent

Strafing, ironically, is rarely a good choice because of the level and AI design. The strung-together procedural generation produces multiple hallway choke points and the AI causes dozens of enemies to charge into them. Advancing and retreating down hallways is the main tactical approach, discharging thousands of bullets from the game’s punchless guns.

The guns are boring to look at, too, and the animations don’t give them any feel, even as they dismember the game’s goofy enemies.

Ammo drops are incredibly rare and health drops don’t exist. In each level, a single health dispenser is stuck to a wall somewhere and a single machine is available for turning huge amounts of “scrap” collected from enemies into tiny amounts of ammo and shielding. Probably the paucity of bullets and bandages is meant to mimic difficulty, but the combat is so artless and dependent on game design cheap shots that it just seems asinine. Additionally, the random placement of the dispensers and machines prevents them from imparting any pacing to the levels.

The game has four “zones” of three levels each, and I’ve worked my way through the first zone a few times, but honestly I’m just fed up with this. STRAFE’s encounters are terrible, its procgen levels are garbage, and its look is less compelling than Chex Quest. Frankly it does a real disservice to the games it claims to be emulating. If anyone truly wants to revisit great 90s shooters, Quake is still available, and infinitely better than this.