Don’t Get Off The Train 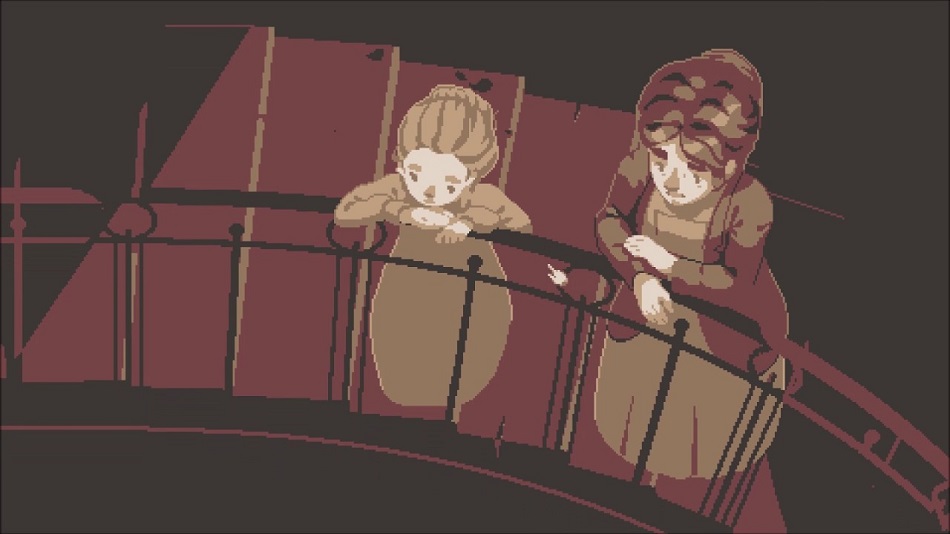 In the early part of the 20th century, the city of Vienna lay at the center of several profound movements in art, science, philosophy, and politics. Critical figures who would dictate the future course of many countries and disciplines lived within blocks of each other and frequented the same cafés. The Lion’s Song, a sepia-toned depiction of Viennese creators in these early years, aims to capture the spirit of these connections. It almost succeeds.

The first chapter concerns the titular song and its composer, a young woman named Wilma Doerfl, who at the urging of her mentor spends a few days in a remote cabin to break her composer’s block. Somewhat absurdly (remember, this is the early 1900s) the cabin has a phone line, and she randomly receives a call from a Bohemian innkeeper named Leos, with whom she strikes up a friendship.  Wilma’s struggles and her conversations with Leos are affecting, and the way the chapter builds the idea of music out of sounds in the environment is clever.

However, the first chapter suffers from the constraints of its setting. Almost all of the action takes place on two screens encompassing the inside and outside of the cabin. Because this is an inventory-free adventure game, the action is based on dialogue trees and clicking on active spots, and with just two screens, the clicking around gets a bit repetitive. The cramped feeling this imparts matches Wilma’s experience, but it’s not particularly enjoyable.

The second chapter addresses this problem by returning to Vienna and spreading throughout the city. In this part the subject is a portrait artist named Franz Markert, who sees (and paints) people in “layers” that he evokes through conversation in his studio. Like Wilma, he suffers from self-doubt about his art. Unlike her, he suffers from blackouts that steal whole days away.

I found this chapter to be the best and most interesting of The Lion’s Song. The process of drawing out the layers of Franz’ subjects makes the most of the mechanics, and the story cleverly employs the setting by drawing in contemporaneous figures like Gustav Klimt and Sigmund Freud. The reveal of what Franz was doing during his blackouts and the subsequent culmination of his artistic efforts was greatly satisfying. 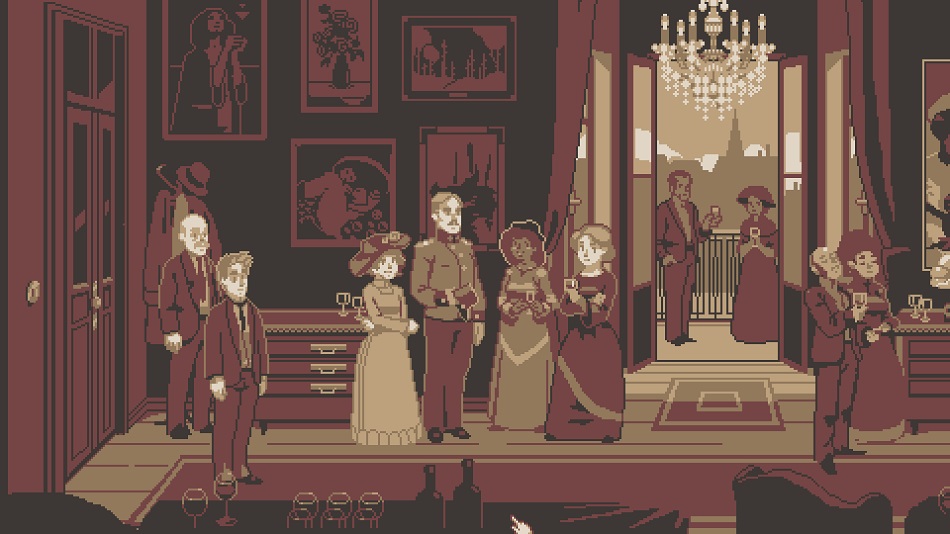 The Lion’s Song stumbles a bit in the third chapter, concerning the mathematical aspirations of one Emma Recnizcek, whose abilities are not recognized because she is a woman. The episode again makes use of the map of Vienna, allowing for a much more expansive adventure than the first chapter, and adds even more variety by allowing Emma to explore those locales as herself or as her male alter-ego Emil, with occasionally-interesting results.

Unfortunately, this third chapter (of four) gets lost in the weeds. The mathematical issue Emma is trying to resolve isn’t as understandable as Wilma’s creative block or Franz’s dissatisfaction. The attempt to explain what she’s trying to do without getting sunk into the details lands at an unhappy medium where the subject is presented in a way that’s too abstract to convey Emma’s difficulty and too specific to be broadly understood. It doesn’t help that the chapter is also full of fiddly events where the player is meant to solve mathematical problems by moving the mouse in a particular way, none of which worked well. This chapter also wavers between choosing whether Emil is merely a disguise or an actual identity. Because of this extra thread, it ends up being weaker than if it had just picked one idea and run with it.

In keeping with the general theme of The Lion’s Song, there are numerous callbacks and connections between different chapters. This helps integrate the various stories and recapitulates the feel of the period’s intellectual scene. However, the effort to establish these connections has a tendency to make the timeline confusing. This particularly affects the fourth (and final) episode, which seems to simultaneously place the third episode a year or more in the past and just a few weeks previous due to the overlap of some events.

Also, I didn’t appreciate the game’s effort to tug on the heartstrings by dooming characters to the chaos of World War I, particularly since the rest of the game hadn’t built towards that at all. Adding another chapter built around the political environment in Vienna at the time would have been a worthy addition, and would have helped make the moaning about WWI easier to swallow.

While the fourth chapter disappoints with superfluous wrapup and temporal confusion, the three other chapters of The Lion’s Song offer engaging tales of creative struggle and triumph. In their best moments, they convey the sense of being in a city enjoying the full bloom of artistic and intellectual development, where new sciences and new approaches to art might connect and transform each other, and that’s a kind of excitement games rarely capture. Rating: 8 out of 10

Disclosures: This game is developed and published by Mi’pu’mi Games GmbH. It is currently available on PC via Steam, Linux, iOS, and Android. This copy of the game was provided by the publisher and reviewed on a home-built Windows 10 PC equipped with an Intel i7 processor, 8 GB RAM, and a single Radeon R9 270X graphics card. Approximately 4 hours of play were devoted to the single-player mode, and the game was completed. There are no multiplayer modes.

Parents: As of press time this game has not been rated by the ESRB. The Lion’s Song contains Sexual Themes, Use of Alcohol, and extreme sachertorte consumption. I would put it at a solid T rating. Pre-teens will not be bothered by anything they see but may be bored by the subject matter.

Deaf & Hard of Hearing Gamers: The game’s first chapter may be a little more difficult for deaf and hard of hearing players. At some points the player must click on objects that are producing sound, or respond to a ringing telephone. In most cases, clicking exhaustively on every active screen location will deal with these moments. Subsequent chapters have few or no sound cues. All dialogue is in text.

Remappable Controls: The game’s point-and-click controls are not remappable.

Colorblind Modes: There are no colorblind modes available in the options. Most of the game is in sepia tones and color distinctions are only occasionally used to indicate different speakers in a single scene.