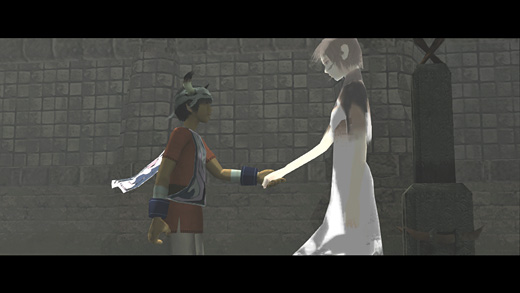 This is not a manifesto.

I don't believe your approach to writing games criticism sucks. I don't know you, and I can't tell you what to write, or how to write. I'm only speaking for myself here.

If you need advice on where to start, plenty of people will be happy to tell you how to think about games. The narratologists will insist you focus on storytelling, on plot and character and setting. The ludologists will tell you that only the rules and mechanics that make up the system really matter, and that narrative stuff is just window dressing. There are even those who will tell you to leave off all that airy theorizing, get your hands on some metrics data, and crunch the numbers.

What my gameplay metrics will tell you is that my favorite game of all time is the "Vasebreaker Endless" mode of Plants vs. Zombies. I have played it hundreds of times, for extended durations. I play it at least three times a week, usually four, for a minimum of thirty minutes per session, as an accompaniment to my exercise on the elliptical. I also play it, randomly, when I need to decompress after an exhausting day, after an intense session of some other game, or when I just can't figure out what I want to do with myself. All told, I probably average about 3 hours of this game a week, nearly every week since it came out for Arcade almost a year ago. Quantitatively speaking, I prefer Plants vs. Zombies to every game, ever.

Plants vs. Zombies is not my favorite game. I'd say it's not even in the top 20.

That honor belongs ICO, a game that typically lasts less than six hours and that I have played exactly four times, to net less than a fifth of the hours I have spent playing Plants vs. Zombies. ICO is my favorite game because of how it makes me feel. I have played it four times, and each of those times is special. I can remember how I was feeling when I put the disc in, why I felt that way, and how the game changed those feelings. The loneliness of the castle, the simplicity of the game's concept, the warmth of a boy taking a friend by the hand or sitting with her on a bench, transformed my emotions in a way that can't be measured easily, if at all.

If I had to pick a single moment from ICO that I find especially moving, it's the last fight against the shadow creatures, whose final moments make clear the awful system operating at the core of the game's isolated castle. The impact of this scene arises from the haunting music, the movement of the smoke, and the slow lighting of the sarcophagi—aspects that have almost nothing to do with the game's rules or mechanics. 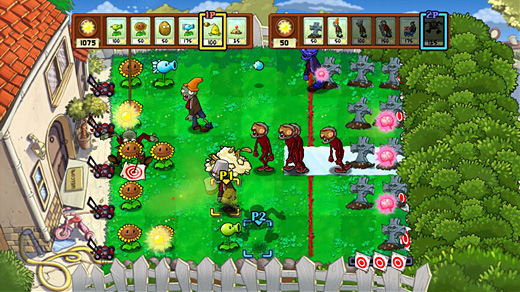 I don't love ICO for any single moment, though. My appreciation for ICO has more to do with my experience of its places, and especially the intimacy of Ico leading Yorda through them by the hand. As a story, this would be fairly drab to relate, but as a repeated action, holding Yorda's hand generates real emotion and insight into the character. The really essential emotional impact of ICO comes from the rules that require me to interact with its world in a particular way.

Everyone is wrong then, or rather, none of these interpretive models tell the whole story. Video games are not a monolithic set of identical members. Different games operate in different ways. Even single games work in different ways at different times. The failures of interpretive philosophies are rarely due to an intrinsic misguidedness, but rather to the insistence on exclusivity, the idea that there is one method of examination that will account for all player and game experiences.

If exclusivity fails in the context of the description, it may yet have normative value. Can't these philosophies tell us how to make games better? It is more correct to ask, "What does 'making games better' mean?"

If we are to cast aside narrative entirely, then a game's only logical goal is to fulfill its implicit function. That is, making games better means making them better at being played.

They are already quite good at this. In aggregate, people spend 200 million minutes a day playing Angry Birds. Asking whether those 200 million minutes might have been better spent working on the energy crisis or exercising is unfair and anyway beside the point. However, this philosophy of criticism must answer the charge that it views addictiveness as good, and enshrines game addiction as a goal of design. Surely the game that is best at being played is the one that its players can hardly bear to put down.

Being easy and pleasant to play is not a crime, however. If we criticize Rovio for using their understanding of systems and player data to create an experience that can be addictive, we must also praise them for creating something that, in moderation, brings its players great pleasure. 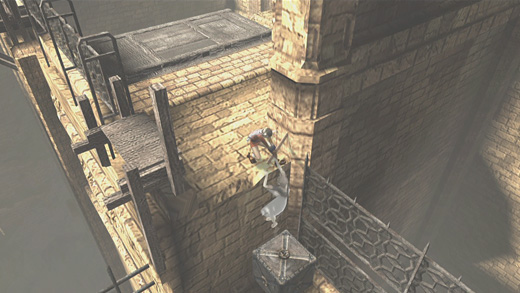 Alas, the future this philosophy proposes is a bleak one. If a game must be interpreted solely as a play experience, rather than an aesthetic one, then there is no rational basis to criticize the clone or the annualized, iterative franchise. Such games, rather than being blights on the medium, must be viewed as adopters of a laudably effective, if boring, optimization strategy. In this viewpoint we see the shape of today's endless procession of graybrown multiplayer shooters, offering the player an ever more refined experience of being John Matrix.

An appreciation for narrative might inspire a better meaning for "better". A game should be better at telling a story, or at immersing the player in a particular reality. This approach at least acknowledges the relevance of a game's audiovisual context. Narratological critique is too narrow and constraining, though, to adequately address games as they are broadly experienced. Games criticism in this vein struggles to deal with sports games, multiplayer, and Plants vs. Zombies. The resulting tendency to avoid discussing these aspects in any depth produces criticism with a distorted view of the gaming landscape. Some may think this casts non-narrative games (and game modes) down into a cultural ghetto, but really it is the critics, and criticism itself, that will be ghettoized.

Using games to tell stories rather than create them, moreover, suggests a vision of the future every bit as bleak and depressing as that where narrative is ignored. This way lies the territory of L.A. Noire, where the player irrelevantly fumbles to recite an invisible script in a system that has no meaningful concept of failure. Perhaps we can find a few gems like ICO's sarcophagi in this direction, but we will not be holding Yorda's hand.

To approach video games solely through the lenses evolved for the criticism of preceding narrative media is to embrace their evolution into content-delivery systems glossed with meaningless interactivity. Yet, to insist that all criticism focus on the cold whirr-click of code and mechanics is to accept—even encourage—the final triumph of commoditization and cultural irrelevance. Neither approach fully appreciates the medium's unique capacity for creating meaningful individual and group experiences. The comforting warmth of a preferred orthodoxy is, perhaps, sufficient salve for those shortcomings. So be it; these viewpoints are still of great value.

What I would prefer, though, is to treat these interpretive models not as strictures to bind perspective, but as tools to be used as the situation demands. Games are play, but they are also stories. Understanding how these aspects create and inform one another allows us to realize the full richness of game experiences. What I seek, then is not metrics, not ludology, and not narratology, but rather an interpretive philosophy that incorporates them all.

I just started this tonight for the first time ever. I think we’re gonna be good friends. I love the somber feeling, the gentle music, and the simplicity in gameplay. I’m sure it will have it’s challenge too of course. I’m already understanding why this game has such a strong place in the heart for so many people.

Sparky, I loved your RDR post, I loved your post about Odin Sphere (The ring of death and life) as well as your Muramasa review. You sir, are one amazing writer! Very thought provoking and definitely touched deep into my core of game design philosophy. When I was taking a game design course 2 years ago, I wish I had this article. It really delves deep into what I was striving to see in a game, to see in my designs (if I could dare achieve…) And argue against the ‘Gameplay is King’ dogma air that permeated throughout. I don’t… Read more »

I’d like to sketch out a philosophy that I’ve worked out after reading books such as Espen Aarseth’s Cybertext. I think it serves quite well to explain the relationship between the narrative and mechanical components of video games. A story is a sequence of events. A narrative is a recounting of a story. Someone/something is telling the story to the audience. A game is a system of rules with a goal. To play is to explore within a space constrained by a set of rules. To play a game is to explore that space while trying to achieve a particular… Read more »

“What I seek, then is not metrics, not ludology, and not narratology, but rather an interpretive philosophy that incorporates them all.” Excellent post. I agree with your assessment of the different common modes of game interpretation (narritive, metics, design) as ultimately unsatisfying. In response, I’d like to propose a different way of looking at games that I would glean from the philosopher Gilles Deleuze. To Ico, in particular, where you reference the ‘experience’ of play whereby you interact with the game’s rules in meaningful ways, I think might be thought in terms of ‘worlds’. In relation to games, most people… Read more »

I agree with you in very many ways, as such I appreciate that there are some people in this world that can be open minded enough to allow videogames to affect them. Paper Mario and the Thousand Year Door did it for me, as well did Mirror’s Edge. As for that, I’d like to point out three factors I made up, which kind of reflects your points on game experiences, which are style, substance and spirit. When all three work in unison, they can allow the player to reach untold depths of human consciousness of creativity, and truly grasp their… Read more »