Fafnir, I Choose You! 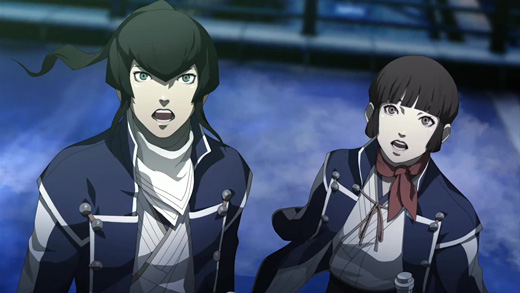 HIGH Blowing away a boss well above my level in a single turn with some well-chosen elemental attacks, timely smirks, and a lucky crit.

LOW My previous try at that boss, where my ally's poor choice of elemental attack caused the boss to smirk and wipe my party with just two attacks.

should be a great title, and ranked among the best role-playing games ever produced. It's the rare example of an RPG that gets grinding magnificently right through a near-perfect combination of progression and combat systems. Were its larger structure or story the equal of its short- and mid-term gameplay, SMT IV would be one of the immortals. Alas, they are not, and as a result, SMT IV barely registers as above average.

"Grinding" has often been used in a purely pejorative sense to describe repeatedly fighting battles in order to level up or grab a particular piece of loot. Bad grinding puts players on a depressing cycle of boring combat with miniscule rewards, puncturing the conceit of the epic story. After all, Lancelot never fought his way through an enemy castle, only to turn around and fight his way through two or three more times because he wasn't at a high enough level to take on the boss.

Shin Megami Tensei IV avoids this trap because of its Pokémon-like structure in which the player-named protagonist (a samurai of the Eastern Kingdom of Mikado) recruits demon allies who aid him in battle. Both the player-character and the demons can level up, and the demons are almost always of a lower level than he. Except in the very early portions of the game, there is always a place where enough experience is available for some of the player's demons to be making progress, even if the main character isn't. This has direct benefits for the main character because once a demon has leveled up enough to learn all of its skills, it can then transfer some to the player via a "demon whisper." 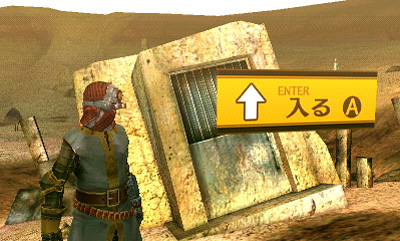 This whisper can teach the main character new abilities or strengthen techniques he already knows, so that he becomes more powerful even when he isn't actually leveling up. And, once the protagonist has learned all he can from his demons, he can "fuse" them to create new ones that inherit some of the abilities of their ancestors, continuing the cycle of improvement. Because of this well-designed progression system, a useful goal is always just around the corner, removing the deadening feeling of hopelessness that comes with a bad grind.

SMT IV also fights the tedium of grinding by being exceptionally dangerous. I didn't say "difficult" because the press-turn combat system allows a clever player to absolutely dominate enemies by taking advantage of their elemental weakness or getting a critical hit. Doing either earns the player an extra turn to attack, and occasionally causes him to "smirk," earning massive bonuses to his damage and improved chances to hit or dodge attacks.

However, the player can never become complacent while fighting because enemies can do the exact same, and one unlucky hit against an elemental weakness can get a party wiped in a single turn. Some of the pain is eased by SMT IV's save-anywhere feature, but that sense of danger is ever-present, and the engagement this stimulates helps prevent grinding from becoming numb-minded button pressing.

It's good that the combat is engaging, because almost nothing else is.

Much of the world is ugly and muddy, and the demon sprites are basically the same artwork that MegaTen fans have been looking at for at least a decade. The overworld is inanely obstructed and poorly signposted—even when the game is clear about where to go next, the player often has to wander a long time to find the hotspot that will, seemingly randomly, take him to his next destination. Otherwise, level design is an unremarkable series of corridors and plazas, except towards the end where it becomes positively excruciating. The worst is a dungeon where the player must run through the same room repeatedly, hoping to find a way out before he kills himself from sheer boredom. 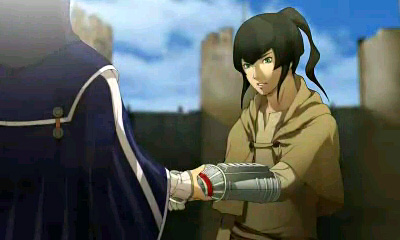 SMT IV's secondary mechanics lack the finesse of its combat and progression. For example, the crucial demon recruitment used to add to the player's party is a crapshoot that relies on guessing correct answers to bizarre questions, and the equipment and item systems suffer from a general sort of uselessness. Both are hamstrung by the scarcity of money, which is almost never dropped by enemies. Therefore, it must be earned by grabbing relics from junk piles found in the dungeons and by completing tedious collection and fetch quests. These quests end up being fatal distractions from the game's skimpy story.

SMT IV's plot hinges on a choice between contrasting visions of society so laughably extreme it's absurd to think anyone would choose either of them. Its effort to draw pathos from the player's friends (who choose one side or the other in a binary fashion) fails utterly because they are so thinly-drawn that they're little more than archetypes. Not one character in the game has any depth or any purpose beyond his rote movements towards advancing the plot. Characters choose sides, but they don't come to those decisions through any kind of personal evolution—they make exactly the decisions you knew they would make from the moment you first met them.

The player can, by his choices, end up on a path supporting law, a path supporting chaos, or one resulting in a middle road. This third option has the strongest story and doesn't suffer from the endorsement of a ridiculous worldview, but has the worst pacing because it requires the player to finish nearly every sidequest. In spite of this, the reaction of hope that the player's actions inspire in the game world had me in a very good mood, which SMT IV almost immediately squandered by pointlessly slapping me in the face with a throwaway character that was a racist "Asian prostitute" stereotype. At that point all I wanted was for the game to be over.

deserves a great deal of praise for a system with combat that demands the player's attention and progression that generates frequent rewards. Fighting to advance never feels like a chore here—it actually makes grinding a pleasure. Unfortunately, that solid design is squandered on a game that fails to support it with worthwhile exploration, a moving story, or interesting characters. SMT IV gets the details of grinding right, but it seems the devil was elsewhere. Rating: 6.0 out of 10.


Disclosures: This game was obtained via retail purchase and reviewed on the 3DS XL. Approximately 65 hours of play was devoted to single-player modes (completed once).

Parents: According to the ESRB, this game contains blood, language, partial nudity, sexual themes, and violence. There are also references to the use of alcohol, the consumption of human flesh, and a major subplot involving addictive pills. Many demons have bared breasts or appear to be giant phalluses, and demon armor, male or female, often prominently displays nipples. So many nipples. Religious parents may have particular objection to the game's core idea of acquiring and using demons. I personally feel the content doesn't justify the M rating—the game is not particularly gory or sexy, despite some scantily-clad demons, nor does it depict realistic violence.

Deaf & Hard of Hearing: Every line of dialogue is accompanied by text, and the few sound cues also have visual counterparts. Enemies that are near death flash red instead of white while being selected, and one boss uses identical hexagons with different colors to indicate its elemental weakness, but otherwise all significant color differences also come with shape differences.

It’s a shame the game turned out like this. Nocturne did a great job moving past the “law/neutral/chaos” paths, while creating a rich environment and narrative along with that. It seems like SMT has been spinning wheels ever since.

Strange Journey had me worried that SMT IV would be as you’ve described it here, so I’m more disappointed than surprised.