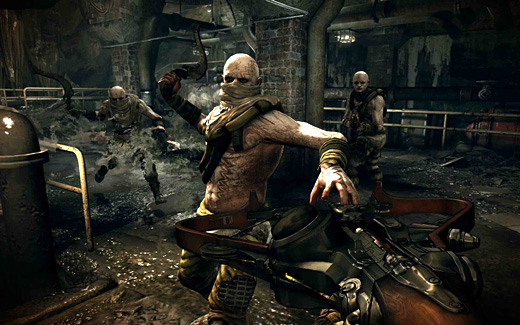 The game is also shipping on three discs: two for the main game +1 for multiplayer. My understanding is that Rage will still be playable from disc, albeit with a notable performance hit. It's a little silly to be outraged by this (no pun intended), despite Microsoft's ludicrous price-gouging on hard drives. The existence of the hard drives always made this sort of requirement a temptation, and PlayStation 3 owners have already "enjoyed" mandatory installs for some games. The next generation of consoles will all have hard drives, because we're reaching an era where the performance hit due to streaming data from disc is becoming noticeable. Given the increasing penetration of broadband and wi-fi, and the growing (publisher-side) popularity of "always on" DRM, as well as their desire to squelch sales of used games, the total abandonment of optical media may be nearer than we think.

Well, the news does not seem to get better for THQ, does it? Shortly after they shut down Red Faction, THQ seems to have put a fork in de Blob and MX vs. ATV as well. I don't really care about the latter, but it's sad to see de Blob go without ever really hitting its stride. Both de Blob and Red Faction were part of a partnership with Syfy; it's difficult to say what the status of that "transmedia" strategy is at the moment. Until things settle, it seems THQ's immediate hopes are pinned on Space Marine and Saints Row III. The positive buzz about the latter is palpable, but although Space Marine really interests me, it doesn't seem to be making a lot of noise, and it's jammed into a fall lineup that is already way too crowded. This week's news that Space Marine's co-op component would be coming as (free-ish) DLC a month after the game is released, during the launch window for Gears of War 3, is a bad sign. It hints that the game is being rushed, probably out of desperation to avoid the better-known franchise with a similar aesthetic (ripped off, of course, from the Games Workshop originals). At this point, it would probably be wiser to punt Space Marine to next March or April, but THQ literally may not be able to afford that.

Everybody says it every year, but it bears repeating: this is a terrible way for an industry to operate. More than ten games that I would realistically consider buying are getting released in the September-December window. Instead, I'm going to rent most of them, or grab them months later on the discount rack. Great for my wallet, maybe, but that's a lot of money these studios and publishers are never going to see. Gaze upon this schedule, ye mighty, and despair… 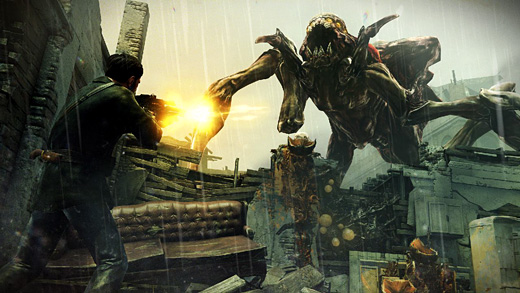 So September kicks off with a "Holy Crap" day and then lulls momentarily before two huge games hit in succession. I won't be playing either of them, but a lot of people will.

Look at October. I mean, just look at it, in all its bloated glory. This is stupid.

Christ Jesus, was nobody paying attention when they were planning their releases? Three huge open-world games to hit within four days of each other? What is wrong with you people?

Keep in mind, this list excludes some games that don't have firm release dates as of yet, such as Hard Reset, Skyward Sword and Torchlight II, and I'm sure there are a couple of significant releases I've missed. Now, I'm not personally interested in all of these games (the ones I'm at least marginally interested in are underlined), but who seriously believes that all of these games are going to find an audience in this glut? And who the hell at Marvel approved a Spider-Man game and an X-Men game releasing within a week of each other? This is madness, and ultimately can only be destructive of individual studios and the industry as a whole.

Catherine:I haven't made any real progress in this game because I feel no desire to play it at all. I'll give it one more shot this weekend.

Deus Ex: Finished it, remembering why I loved it so much. One of my favorite parts of the game is the Icarus sequence, a creepy series of interactions involving two AIs. At a certain point in the game, you start finding messages (from a friendly AI) warning you about Icarus everywhere. Not just on public terminals, mind you, but also in messages addressed to you in other people's e-mail accounts. My favorite moment in this mini-plot is the one shown in this video. In an early part of the Paris segment of the game, the player has the option to infiltrate an office building. The only door to the building is locked, and exposed in an area with several patrolling soldiers, so many players will probably just skip the building entirely. As JC Denton moves through the offices, a phone in one of the rooms rings. If you answer it, you get to hear this phonecall from the evil AI Icarus itself:

The voice acting isn't great, but the dialogue is pretty good and the way this moment uses the mechanics to set up the story is great.

I kinda have high hopes for Rage they cant keep turning out bad games…..this has to be the one thats not total fail.

I also have high hopes for dues ex HR tho I know it wont be as good as the first one…..