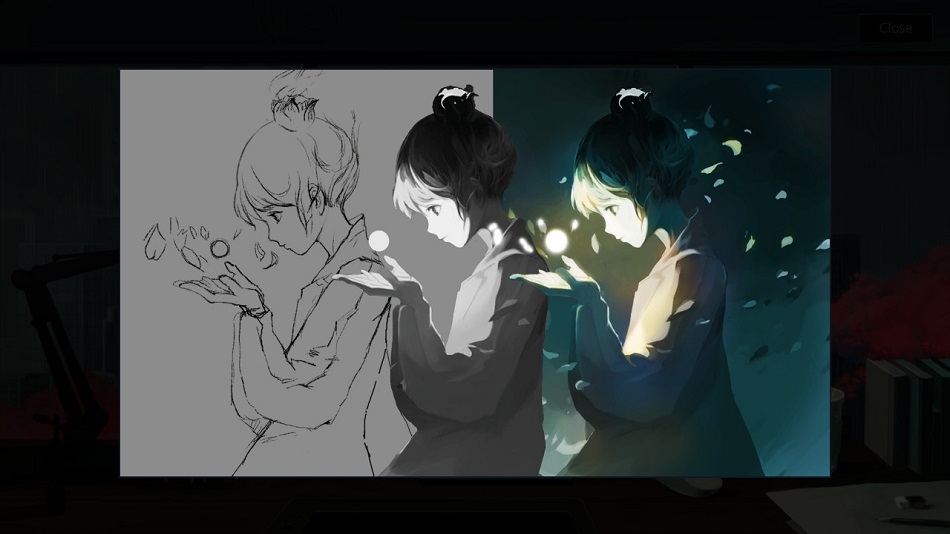 LOW Ending a stage just out of position to light up a wick.

WTF I guess it just… ends.

In the coming century many of Earth’s great cities are predicted to drown beneath rising seas, but Flood of Light concerns a city inundated due to relentless rain. Humans have long abandoned it, leaving behind only the broken husks of friendly robots. Eventually, a girl called the Guide returns to push back the waters. Unfortunately, her adventure is as dismal as the weather.

The Guide’s journey through the various zones of Flood of Light’s city requires her to progress by solving puzzles. These all consist of sending little glowing balls around the screen to turn on lightbulbs, which occasionally control switches, bridges and so on. The Guide can absorb these orbs and release them in order to transport them from one place to another, but there’s a catch — whatever she does has to go all the way.

There’s no way to absorb or emit a single orb. If a lightbulb has three orbs on it, she has to suck every last one up. If she’s carrying four, she has to dump them all out in one go. However, the game also allows the player to transmit light from one lamp to another. When this happens, one glowing ball stays behind and all the others move to the next lamp. Many of the puzzles hinge on using this trick to carefully divide the Guide’s load of light so she can bring the appropriate amount on to the next step. 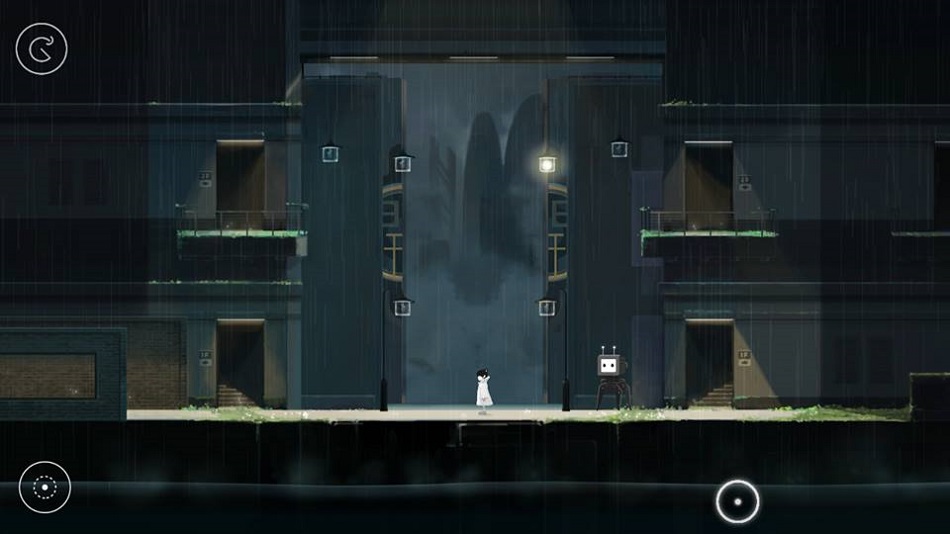 In many places, the Guide also has to be carrying the right kind of orb. Many puzzles have obelisks that must be specifically activated with yellow or blue light. The key twist here is that blue light is infective. If the Guide is carrying any yellow balls, picking up even a single blue one will turn them all blue.

As a result, many of the puzzle stages end up feeling like one of those old ferry riddles where there’s a carrot, a rabbit, and a bobcat, and the boat can only carry one across at a time. The challenge is reasonably well-tuned in most places, although at a couple of points it felt like optimal solutions required timing that was a little more precise than the muddy controls allow.

Each of the puzzles in Flood of Light is off in its own little area, but it’s possible to carry extra orbs back and forth between them. Sometimes this is required, but at many points it’s just a way to make things a little easier. The Guide loses all her light orbs when she reaches the end of each of the zones, however. 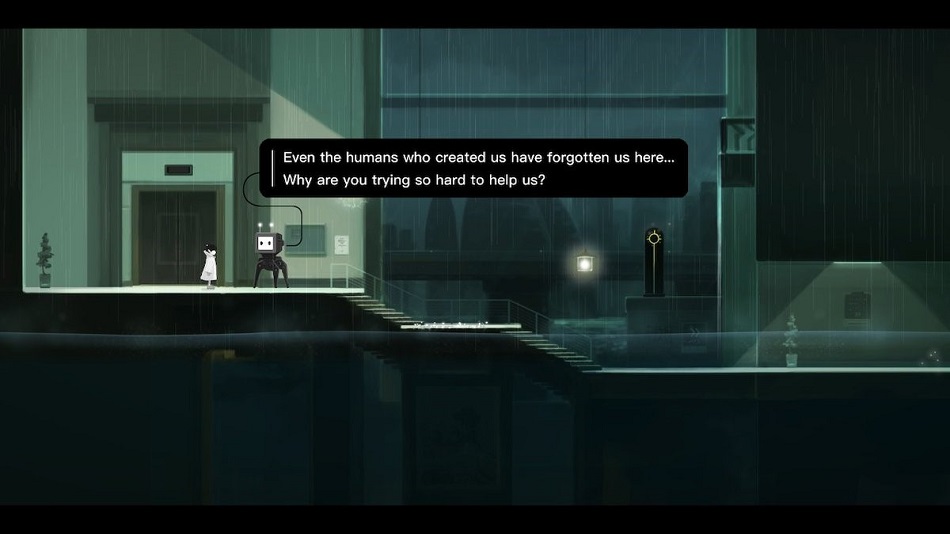 The zones are supposed to represent a progression through levels of the drowned city, but they mostly feel indistinct, and Flood of Light isn’t much to look at — most spaces are drab, dominated by blues and grays, and offer minimal highlights. It’s not much to listen to either, cursed with a plonky, repetitive score.

There’s a bit of story spelled out by the arrangement of the zones and shared by the little robots the Guide can repair, who view her as their savior. The Guide can also find text logs describing the backstory of the drowned city, but these are so poorly translated they’re almost incomprehensible in places. Also, fair warning — the story doesn’t get any kind of ending unless the player lights up 49 optional bulbs found throughout the game.

In terms of puzzles alone Flood of Light is acceptable, but everything else drags it down. The audiovisual experience is one-note, and the story is unsatisfying even when it can be clearly understood. As an experience overall, Flood of Light ends up being merely mediocre.Rating: 5 out of 10

Disclosures: This game is developed by Irisloft and published by Indienova. It is currently available on PC, Switch, and Mac. This copy of the game was obtained via publisher and reviewed on the Switch. Approximately 5 hours of play were devoted to the single-player mode, and the game was completed. There are no multiplayer modes.

Parents: As of press time this game has apparently not been rated by the ESRB, though the Nintendo eShop reports that it is rated E. There are some dark themes but this rating is broadly appropriate.

Deaf & Hard of Hearing Gamers: The game does not feature any spoken dialogue or sound cues. It should be no problem for deaf players. In-game text cannot be resized. 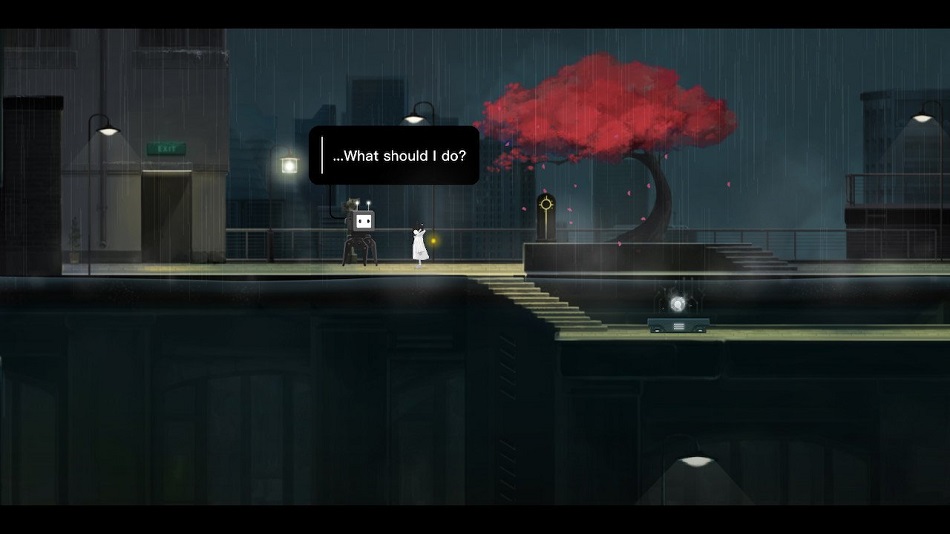 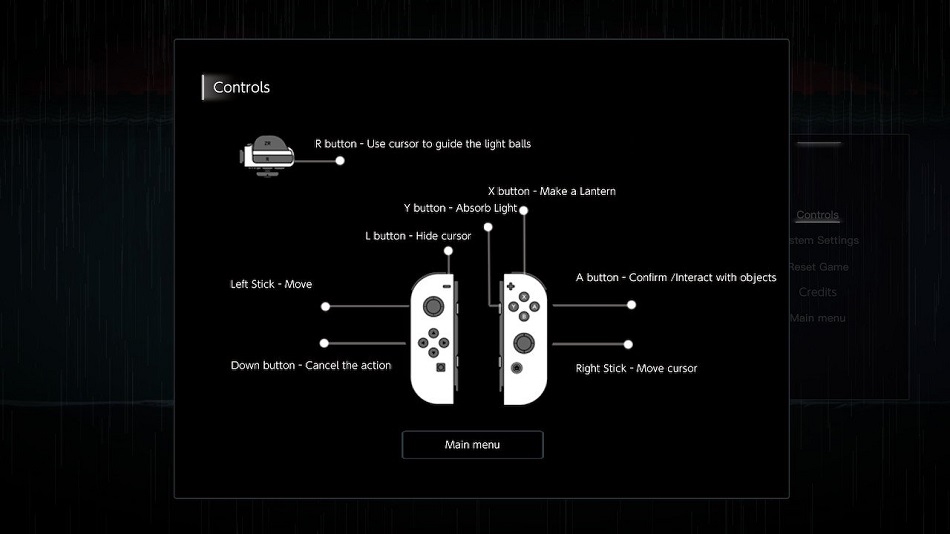 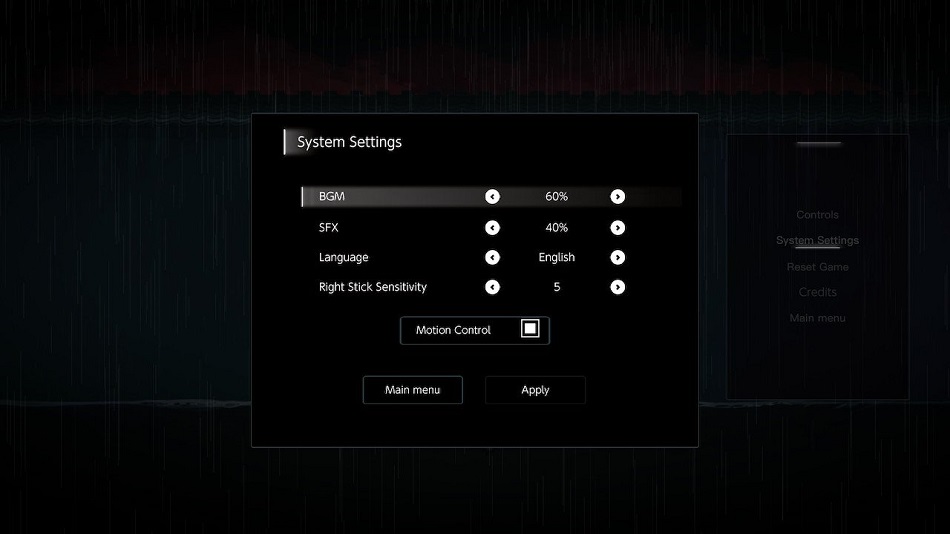 When is Sparky going to review actually good games at Gamecritics ? It’s been years.
I only still come here for his reviews, and he’s clearly the best critic here.

Thanks for the Sparky love, we love him too! (And sorry the rest of us suck, I guess?)

Ironically, I asked him the exact same question… As editor, I feel kinda bad that he’s had such a string of losers lately, but I’ll try to toss him something awesome asap! = )