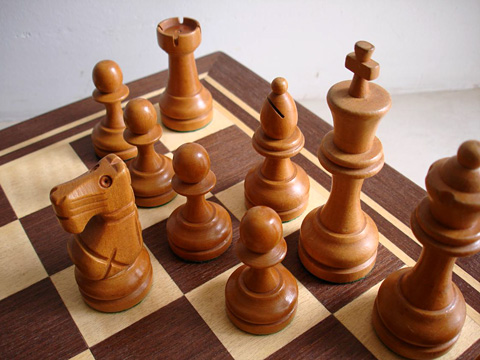 If I throw a ball at you I don't expect you to drop it and wait until it starts telling stories.
—Marku Eskelinen "The Gaming Situation" Game Studies 1(1) 2001.

That's true, but it begs the question: is a videogame like a ball?

If we intend to interpret videogames entirely in terms of rules and mechanics then obviously we ought to model our study off the long tradition of analog games. In correspondence on the subject of videogame criticism published by Paste Magazine, Simon Ferrari explicitly framed his discussion with Tom Bissell in this way, pointing the long history of studies of traditional games and asking, "Do you think that video games are substantially formally different from analog games?" Bissell doesn't directly answer, but I think something can be said on this point. A salient difference, one that speaks to Eskelinen's ball, is that videogames are representational.

Now if I say "video game" and you think of a first-person shooter (FPS) or role-playing game (RPG), this will sound like an utterly trivial thing to say, but I intend to encompass more than games where you slay virtual people with mouse clicks or button presses. Video games use their audiovisual context to imbue abstract acts with meaning, even when those games include nothing like a "digital actor".

To illustrate my point, let's imagine that I have invited Tom and Simon to come to my school to play a game of chess against an AI intended to mimic the skill of a normal human player. Alas, I am an inveterate liar. When Tom arrives, I seat him in front of a computer displaying a typical chess interface. When Simon arrives, I take him to a different room with a normal chess board and pull out my netbook. As Tom moves, I reproduce his actions on the physical chessboard, and as Simon moves I type his actions into my netbook so that they are reproduced on the chessboard that Tom is seeing. So, Simon and Tom are playing the same game, but what they're actually doing is quite different.

Suppose that Simon takes Tom's knight with his queen. This involves making a particular set of motions with a group of physical objects in accordance with some set of rules. It's intellectually complicated, but it doesn't require Simon to interpret the objects he senses as anything other than they are. He can, if he wishes, imagine that the pieces represent the courtly or military entities their names suggest, or even go further afield and pretend that they represent famous chefs, so that the action represents Julia Child's triumph over Wylie Dufresne at a contest of pommes dauphine. However, nothing about the game or the situation obliges him to contextualize his actions in this manner. 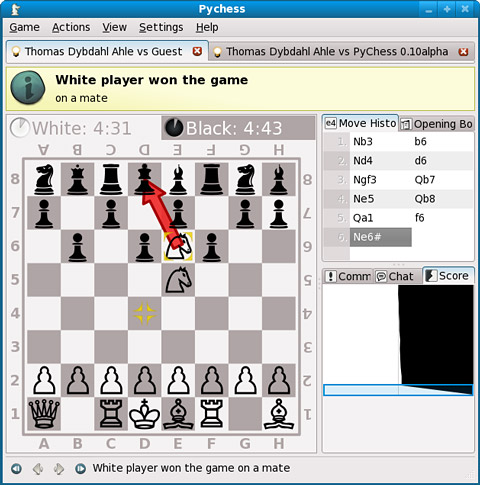 In Tom's next move, he takes Simon's queen using his own bishop. This involves making a gesture with a mouse, one that correlates with the positions of certain colored pixels on a screen. For Tom, there are no pieces, there is no board, and there is no such thing as moving his pieces on the board. Rather, there is an abstract action represented in this way.

Trivially, the image on the computer screen represents a real, physical board somewhere else, but Tom's experience would be representational even if he and Simon were playing a normal game of computerized chess over the internet, in which case there would be no physical board to represent at all. It is not merely the interpolation of the screen that matters: representationalism results from the fact that the objects that define the state of a videogame are the states of memory components and processor outputs. Human beings have no ability whatsoever to interpret the real objects they are dealing with, so every game experience taking place on a computer must be mediated by representations.

Playing a video game is a hybrid experience, in which what we say about what are doing or have done is both true, in that the game-state changed in particular ways, and fictional, in that the objects and actions we perceive differ from the objects and actions actually involved. This is most evident in games that have obvious fictional trappings (e.g. "[I] [jumped] [over] the [goomba]"), but is also true of games that appear to have no associated fiction at all ("I [moved] the [pawn] [to] [E4]"). In playing a video game, the player participates in the creation of a fictional narrative about what he is doing. Playing a video game is not like playing with a ball; it is like pretending that you are playing with a ball, and that implies a story. So, video game stories matter because video games are always stories.

When I say "story" in this connection, however, I am not using it in a sense that would apply in discussing the plot of a film or a book. The story of a video game is the story of the player's interaction with its systems and content. In this sense, Eskelinen's statement is apt. The ball does not tell a story; the player creates a story with the [ball].

Could you elaborate on why you think “real” chess is not ‘representational’ in your sense of the word? I am a long time chess player and I’m not sure that accords with my experience playing with the aid of physical boards.

[quote=Sparky Clarkson]Rather, I mean to point out why I don’t buy the strict ludological position (that the “content” of games really doesn’t matter) any more than I buy the strict narratological position (that the gameplay isn’t especially relevant to understanding what games mean). Videogames are make-believe, always. This does not separate them from the history of analog games, but it does clarify their position in it and perhaps how we ought to approach them critically.[/quote] Hi again Sparky, Question related to the above quote. Do you buy either the strict ludological or strict narratological position with regard to analog games?… Read more »

Hi Odo, The thing is that Simon is never telling himself a story. Of course, it is true that he is moving 3 million atoms of molded plastic of a specific shape so many inches, but it is equivalently true that he is actually moving the chess piece. This is just using different words that mean exactly the same thing. In contrast, when Tom [moves] the [chess piece], the way he represents this to himself has nothing, really, to do with the actual changes to game state taking place inside the computer. His mental construct of the action is necessarily… Read more »

[quote=Sparky Clarkson]my point is that there is at least one more level interpolated between the player and the videogame by the mediation of the screen.[/quote]Okay, I can buy that. I think I’m most of the way there. In a “real” chess game the game state data is stored directly in the objects you are looking at, whereas in a video game version you are not looking directly at the game state data as it is stored in the computer memory. As a theoretical exercise, suppose that the game state for chess were actually stored in the screen data itself. Then… Read more »

Odo, your response seems pretty confused to me. I’ll take the last point first. It’s true that our eyes do not perceive the underlying forces that govern the way real chess pieces work. Similarly, even computer programmers equipped with an oscilloscope may not understand the precise physical processes going on in the semiconductors. If that amounts to a level of representation for you, so be it, but keep in mind that what is true of the chess set is true of the screen (that is, we also do not perceive the underlying atomic structure of the screen). So, whatever number… Read more »

Sparky, I completely agree with your conclusion that “the story of a video game is the story of a player’s interaction with its systems and content”. However, unless I’m misunderstanding you, your argument is that playing a “real” game such as tennis is not inherently representational while a video game such as Pong is. I’m not convinced that that is the case. It seems to me that you are applying some inherent quality to so-called “real” video games that is not there, and therefore giving them undo precedence. To illustrate where I’m coming from, let’s look at your chess example:… Read more »

You very eloquently and clearly make the argument I was trying (and failing) to get at with a thread on the forums not long ago (“New Criticism”).

It was really cathartic to see a better writer than I clarify the matter so effectively. Thank you.