We’ve all lost people we love. I’m not referring to the spectacular cataclysms of Hollywood fare, but to the more typical losses caused by errors of the heart—mistakes that we were too vain to foresee and too proud to atone. If you could revisit that moment of your past, try to win back that person’s trust, would you go?

This is the guiding question of Dragon Warrior VII, the latest installment of an old-school role-playing game (RPG) series which debuted in America in the mid-1980’s. In a changed landscape populated by newer RPG series that reek of gorgeous graphics and operatic showdowns between good and evil, Dragon Warrior VII engrosses the player with understated visuals and nuanced characters. There is a “Demon Lord” and even a “God” involved here, but they are not really the point. Matt’s observation about story in this game is crucial to understanding why. The main plot, as such, is strictly generic; the real soul of the game lies in the remarkable variety of subplots. Lovers of short fiction anthologies will appreciate how addictive it becomes to enter each forgotten land and piece together how one or another human pettiness doomed it to oblivion. Not all the subquests exude such melancholy, but many do, including the very first one, which skillfully sets the overall tone.

Thus the game is permeated by a down-to-earth sensibility, showing that “good” and “evil” are merely comforting notions upon which to couch our unspoken acknowledgement that suffering is ultimately caused by human follies. Because of this wisdom and humanism, so rare in videogames, I wholeheartedly agree with Matt’s recommendation. Dragon Warrior VII is a charming and engrossing experience.

It is also solid as a technical accomplishment. The old-school graphic style has predictably taken some heat, but honestly, the rendered 3D models which are so widespread these days just can’t exude quirkiness and personality like the hand-drawn monsters of this game. And then, when the monsters suddenly attack, their animations are both amusing and smooth. I even managed to enjoy the CGI cutscenes more than Matt did. The simple combination of guitar music and graceful dissolves in one particular cinema carries a haunting power that is absent in many of the more flashy-looking cinemas crammed onto demo discs in Official U.S. PlayStation Magazine.

Another subtle graphical advantage, which wouldn’t hit you from the screenshots, is dungeon design. Because you can rotate and zoom out the view, the environments feel convincing, especially compared to the baroque wallpaper backgrounds of a lot of the current Final Fantasy games, which can remind one of playing Myst (or worse, simply viewing a Dali exhibit). A couple of mind-boggling dungeons exploit the simple ability to rotate views by messing with your very conceptualization of space, requiring you to maintain your sense of direction while you range buglike all over the outer and inner surfaces of a 3D “maze” (as opposed to simply navigating 2D planes connected by staircases).

Dragon Warrior VII does have its disappointments though. The music themes, while beautiful and plaintive, are noticeably scant in number. The job system could have had some fat trimmed. And the dialogue system, so innovative in principle, is lackluster in execution. The sheer amount of commentary is huge you can “talk” to your party members anytime, even while stopping in front of mirrors to stare at their reflections. But (with a couple of prominent exceptions), they are not fundamentally changed through their adventures; their outlook on the world remains unaltered at the end. It’s consistent with the modest courage of these characters for them to deliver detached and sometimes pithy commentary on the action, rather than become irretrievably involved in it. But at times their remarks are so banal that it’s hard to tell their characters apart, especially in the in-battle dialogues (though not in the wonderful mirror-staring dialogues).

The battles themselves are quick, tight, and very entertaining, filled with plenty of funny details. But they are also a step down in strategy from the last American installment, Dragon Warrior IV, which I remember a much bigger choice of party members and a greater concentration of skills per job. That, of course, was ten years ago, and nostalgia is far from the main reason to play through this terrific game. But I guess my heart is still in the past, in my memory of how the world looked before I knew it needed saving. Like one of Dragon Warrior VII’s central characters, I might be happier if I could just return there for good. Rating 8.5 out of 10. 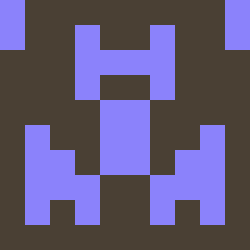