…If I only had a brain 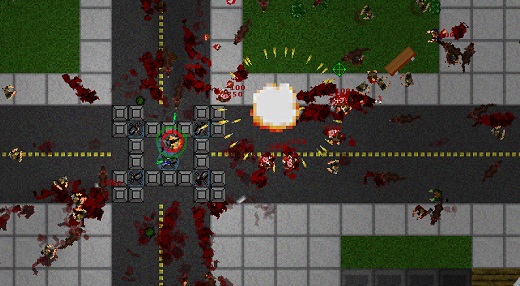 WTF These zombie dogs left poop all over my yard!

The title of Over 9000 Zombies! is an obvious nod to Dragon Ball Z, suggesting there's some humor to be found in this zombie apocalypse top-down shooter. Instead, there's just a tedious game full of repetition without a solid feedback loop to warrant replay after the first couple of goes.

With absolutely zero story or context, Over 9000 Zombies! will toss players into the fray without any explanation of how anything works. Essentially, it combines a twitchy twin-stick shooter with tower defense to disappointing effect.

The player gets to decide where to play: Compound, Desert Island, or Pillars (which looks like a combination of Compound and Desert Island). There are two other maps designated for 2 or 4 players. The small number of maps to play on are largely unrecognizable from one another, and completely unmemorable. Movement is done via keyboard with W, A, S, and D, or with a gamepad using the left stick. Aiming is done with the mouse or right stick, and feels responsive.

To start, the player has access to a .357 magnum and a passive tech tree—new weapons are acquired depending on how much each weapon is used. Weapons are differentiated from one another by fire rate, reload speed, and their damage. Sound effects are underwhelming, and do not give positive aural feedback.

(Side note: the grenade launcher doesn't shoot any farther than the player can throw a grenade, making it a useless item.)

The player can level up, and they're given a choice between increasing max HP/boosting health regeneration, adding damage to weapons/lowering reload time, increasing resource pickups/getting more health per medkit, or increased turret damage/rate of fire.

On the tower defense side of things, building turrets becomes essential as soon as enough scrap is collected from fallen zombies. There's a 60-second break between waves given to erect these defenses, but it's not needed. All too often I had already built everything I could while playing and skipped the wait time.

The number of turrets on the field is limited to six, and for solo players, this makes for an odd restriction—when that threshold has been reached, the late game starts to decompose because the player is overwhelmed and has no way to increase defensive capabilities. This is in contrast to the co-op, where the limitation is understandable due to having more mobile firepower. It is perhaps a design oversight, but with the focus of the game clearly on co-op, this results in single players being penalized.

With each new day survived, the zombies are given a +5 to the damage they do to the player, and should the player die, the game tracks what day the game ended. A new session can start on the last day survived. While starting on a later day can make the early game go by faster, things become more frenetic and the volume of enemies on-screen can quickly become unmanageable. That said, when the player's acquired the right weapons and set up powerful turrets, the game becomes easy and boring. Worse, with no end goal to achieve, the game boils down to running through the days and nights endlessly, doing the same thing over and over.

Leaderboards provide a carrot to do better and each death shows the player's statistics and ranking, but the gameplay itself doesn't incentivize any need or want to keep improving. With local or online co-op, Over 9000 Zombies! is elevated slightly, but the number of available online games is minimal, at best.

Unfortunately, Over 9000 Zombies! doesn't nail the tower defense or the twin-stick shooting well enough to endorse it as a worthwhile purchase, even for those who can scrounge up some friends to play with. There are just too many games that do this gameplay so much better. Over 9000 Zombies! isn't a bad game, but it isn't very good one, either. Rating: 4 out of 10


Disclosures: This game was obtained via publisher and was reviewed on PC. Approximately 4 hours of play were devoted to the single-player mode, and the game has no end. About 1 hour of play were spent in multiplayer via co-op.

Parents: According to the ESRB, this game is not rated. However, this game features a block pixel aesthetic that is not realistic, but there is blood, zombie dogs that must be killed, and an otherwise very gory game that I do not recommended for children under the age of 13.

Deaf & Hard of Hearing: There are no subtitle options because there isn't any dialogue at any point during the game. The game can be played with the sound off or down low and there is no impact to gameplay behavior or understanding. 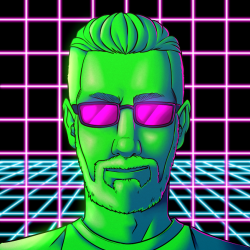