The Fast and the Spurious 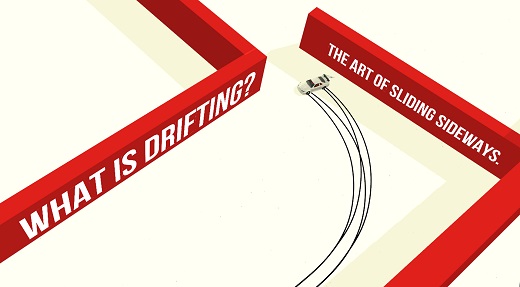 LOW The cars could stand to feel a bit grippier.

I have a complicated history with driving games.

I enjoy the sense of speed and freedom that racing titles deliver, and as the genre starts to move towards open worlds, I love tooling around cities and countrysides. Rolling along the grassy hills of Forza Horizon 2 or tearing down the city streets in Burnout Paradise is my virtual equivalent of Sunday afternoon sightseeing. The only qualm I have with these games is that I don't find the act of racing itself to be a compelling activity.

Pulling ahead of other racers and pushing cars to their top speeds… it all feels a bit too obvious a use for such elegant machines. Though excelling requires intelligence and finesse, I've always been more interested in creative, alternative ways to push the limits of automotive technologies. Mechanical feats such as the creative use of hydraulics, or drifting routines that could rival the precision of a ballet have intrigued me in ways that standard racing never could.

Absolute Drift capitalizes on this idea of non-racing car sports. The entire game is built around the kinetic experience of drifting, and the design of every element compliments this experience. It's presented to players in a crisp, minimalist, open-world environment to play around in, and objectives are dotted throughout to encourage some progression, but it was just as entertaining to set my own goals and push the limits of my imagination.

Though the game is quite short, the predefined objectives do become a bit repetitive ("Drift between the buildings", "Donut around the lighthouse"…) with only two or three standout challenges providing anything to mix up the formula. Ultimately, they serve only to encourage experimentation with the game's control scheme, and thus can only be as strong as the control scheme they are built to compliment.

Speaking of the control scheme, the drifting here feels quite different than the style I'm used to in games like Ridge Racer and Mario Kart. Perpetually in a state of drift, the cars never stop sliding around. Even the slightest turn can send inexperienced players into fishtails.

In my experience, "drift" usually represents a feeling of reckless abandon as I throw the handbrake on to fly around a tight corner, releasing it, and slamming on the gas halfway through the turn to pull out and jet back into the race. It's about feeling tires grip the road as I pick a line through an impossible corner. It's about ecstatic risk and resuming control at the perfect moment. It's about anticipation. Instead of these things, Absolute Drift plays more like an always-driving-on-ice simulator.

Though it abandons my favorite parts of the drifting experience, I do like the unique control scheme. In fact, it owns its control scheme and reveals itself as an arcade game at heart, so every design decision fits this core conceit.

Apart from the control scheme, the presentation is one of its strongest points. As mentioned above, Drift features a strikingly minimalist art style, complemented by the constantly-laid treadmarks of the player's car tracing the journey of the vehicle. Interestingly enough, the cars even create treadmarks as they sail off jumps and through the air. Unrealistic, perhaps, but they can create beautiful helix patterns as the car spins and tumbles…

Though Absolute Drift was not the drifting game that I wanted it to be, I was pleasantly surprised by what it actually was. As a relaxing and engrossing experience over the course of a short playtime, it's an interesting foray into the growing genre of alternative driving games. Rating: 7 out of 10


Disclosures: This game was obtained via publisher and reviewed on the PC. Approximately 3 hours of play were devoted to the single-player mode, and the game was completed. There are no multiplayer modes.

Parents: This game is not rated by the ESRB, although I found nothing objectionable in my playthrough.

Deaf & Hard of Hearing: Sound and music is purely an aesthetic compliment, and Absolute Drift can be played just as well without them.